Yolk-Star with up to 9 lasers

You’ve seen 7 lasers. You’ve seen terminators show up. You know how hard the Yolk-Star is.
I think it’s about time to ramp up it’s difficulty.

Oh come on. At least it’s not more terminators.

Well, I did state in my critique of your suggestion that difficulties higher than SSH can be expected in the future. I’m thinking that the 8 and 9 laser yolk stars might appear in those difficulties, so it’s just a matter of patience.

you can buff yolk-star from anything except terminators 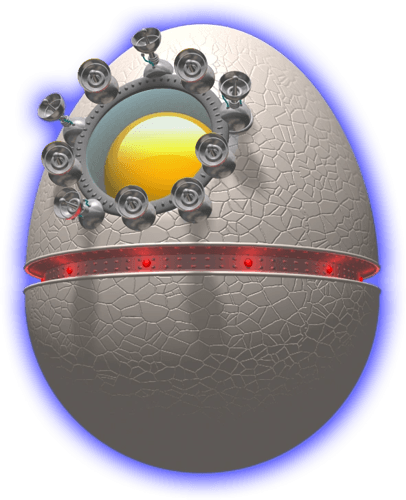 Just make 4 waves of terminators. That isnt needed for now.

What that is 10 lasers

4 waves of terminator Chickens in The Yolk-Star™ Ideas

In CI3 The Yolk-Star™ haved 4 waves of “chicken terminators” but today have three! Im thinking what need have four waves again Chicken invaders 3: Complete progresa of health (20-40-60-80) Today: (25-50-75) Yes, if IA acept this idea, everyone its going to have a nightmare.

But I prefer 15 lasers of The Yolk-Star™

Bombersnightmare.exe wants to have administrative permission

I’d rather have something done with the other bosses first

Seriously, we are slightly making the game not fun and too hard.
I’ve encountered YS with 6 lasers only…
Hate it when i battle it in reversed mode…

I encountered one with 7 lasers