Weekly Challenge, other Questions and Suggestions

I don’t know if this is a bug or not, but there hasn’t been a new weekly challenge yet. The last one was on December 14th (9 days ago). Is that intended?

Also, i have some questions:

Also, I have a some suggestions:

Good to know. Currently I sometimes have a hard time finding difficult missions. Also I haven’t found any mission with a length rating over 3 i think. Maybe there could be something like “difficulty fluctation” where you can find 8/8 difficulty missions easier?

Also, what just came into my mind: I have found the Egg Cannon and Henterprise a few times, but they are so weakened that they’re no threat at all to me.

Also, do or will different special properties of planets and suns (electric, massive, heat) affect missions? I can think of things like:

“Also, regarding skill levels, are you thinking about adding skill levels over SSH? I think on the hardest skill level you should be able to get those “epic waves” at least once every 5-10 waves.”
Have you tried SSH?

Yes, but iA said that they will rework skill levels in a way that they boost mission difficulty instead of enemy health. Regarding that, I think that skill levels should unlock by reaching a certain tier instead of buying them with keys, or make them all unlocked right away.

Duration rating was based on a maximum of 100 missions (because that was the length of the weekly challenge). Has now been changed to 40 missions (which is the planetary limit).

Wait until the next update (where SSH will change), play it on SSH, and if you think if still needs to be harder, let us know then.

Boss health will be better calibrated in the upcoming update.

The rest of your ideas have also been noted.

I also have questions about the known bugs & upcoming features thread.

Difficult missions (with 8/8 orange squares) are plentiful enough, you don’t need to visit more than 10 planets to find one. True, there aren’t missions longer than 40 waves, those that have 3 green squares. Difficulty fluctuation is already a thing, since missions are generated randomly, some 8/8 missions have easier waves, while others have more of the “epic” waves. The planet environment should not affect you, since you have already bought a shield to be able to enter its orbit.

take this as a hypothatical map of the galaxy, but showing difficulty fluctation instead of stars and nebulas: 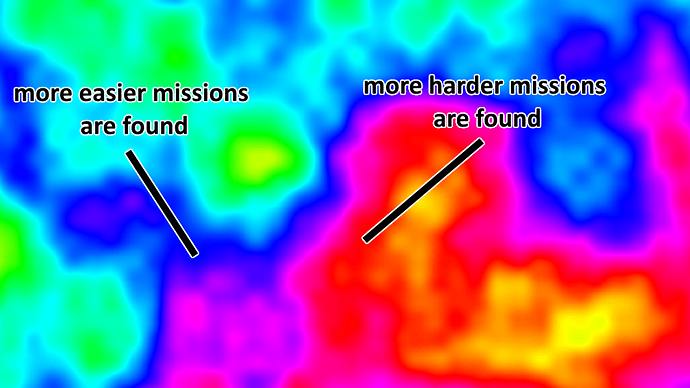 Oops, i totally forgot to mention that this thread should also be pinned so I can always see it…

Thought about this, but decided against it because creates a problem if a new user is spawned in a ‘hard’ area, or if you wander by accident into a harder area than your skills can handle.

I think this problem will be alleviated with the new skill system, because you’ll effectively be able to add 1-4 squares to EVERY mission you encounter.

P.S. You can pin any thread yourself.

Dont hestitate to limit possible difficulty. I want a real challenge as I never lost to a single mission, and I already almost only play hard missions.

@InterAction_studios, i have some more things to think about: 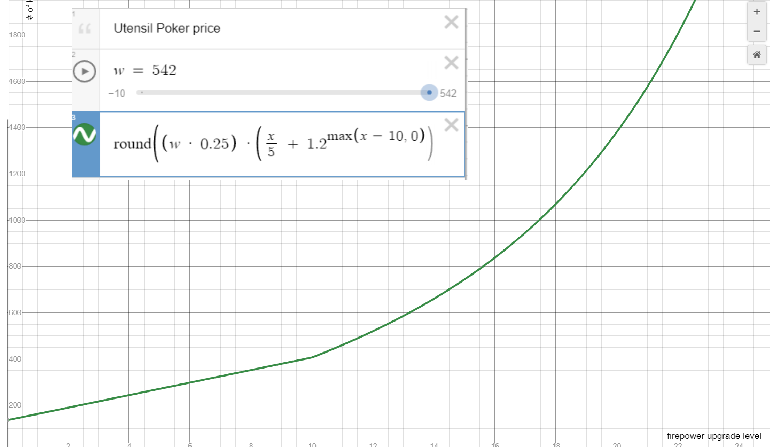 Is it really necessary to upgrade them beyond

I am a fan of infinite upgrades, and I don’t see any downsides to this. In the end, it’s your decision if you want to upgrade further.

Though, power is capped at 20

is good, because not only does it even the playing field on leaderboards, it also encourages to play well and not die.

You’re aware that the unoriginality penalty is not permanent, right? It gradually fades out over a period of 24 hrs.

Yes, but getting an instant -50% point penalty after playing a mission once is quite harsh.