I changed the idea again. @InterAction_studios 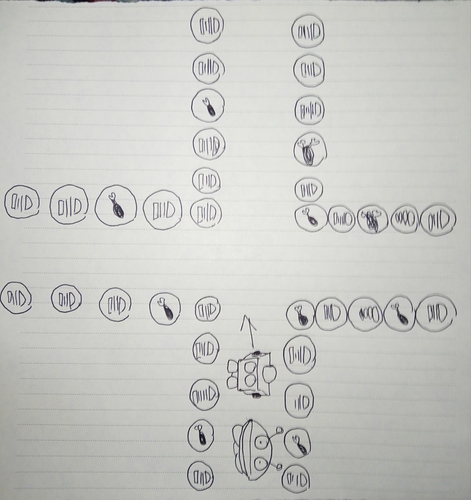 In the picture above, you can see that the food has become a crossroads.
Droiders move just like before. Look at the photos below. 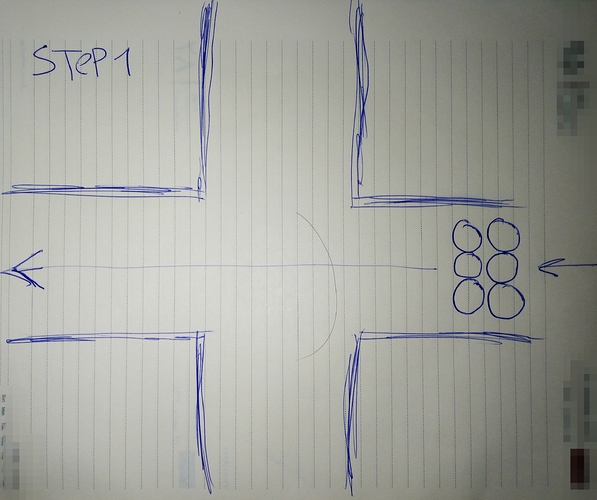 In the first step, the droids move from right to left.Some of them must be removed before reaching the middle of the screen.
If you can’t kill them all, you’ll go up or down to get the remaining droids out on the left. 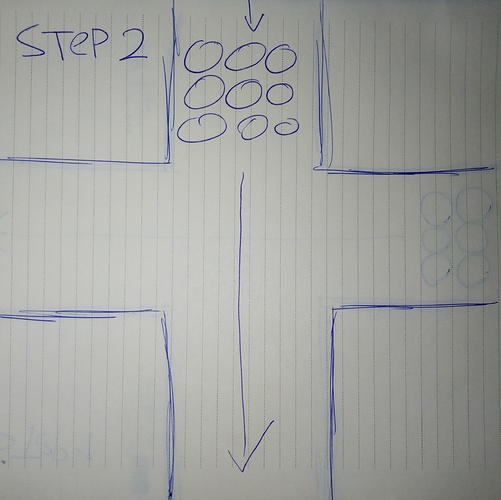 In the second step, you have to go to the left of the page. After a while, the droids come down from the top of the screen.

Now you can remove the remaining droids.

the safe zone symbol should be in the middle of the screen.
After killing the last Droid, the food is released.
The spaceship fires only to the right and does not change direction.

Thank you for your attention!

So basically the droid version of Corridor shooter, nice

You’re new so few words of advice:
Don’t write short posts that can be summarized: “+1” “agree” “good”. We have a like button for that. Use it.