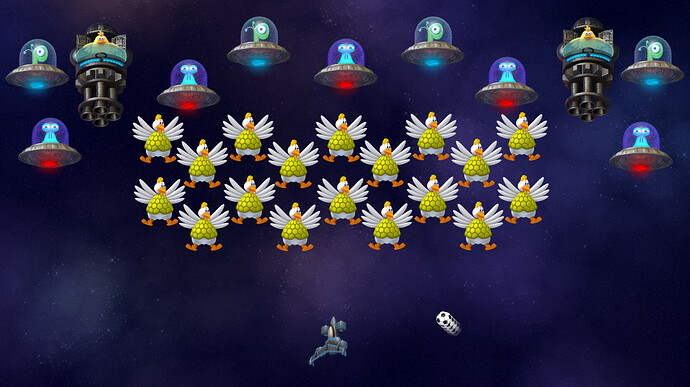 Chicken Breakout is a wave that’s somewhat based on Breakout, a ricochet game.

Wave formation: the chicken will form in a random formation/shape. Then indestructible footballs coming from the bottom will ricochet around until the you clear out the wave. The balls will depend on difficulty. Could appear from 1 to 3 balls.

Harder Variant (Cluckanoid): Here, the balls will move faster and even more balls. Can up to from 2 to 7 balls. 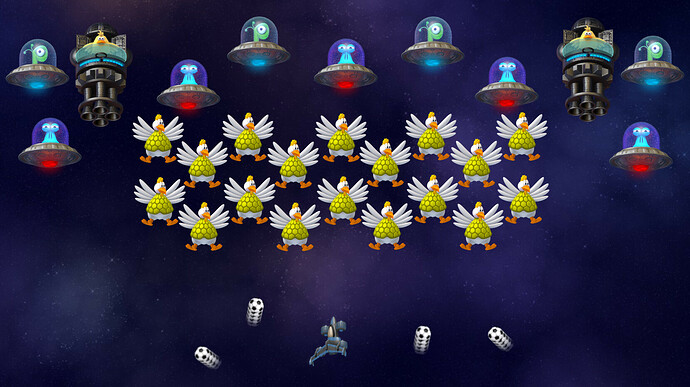 BONUS WAVE: The Third Generation: an elite variant. 4 lines of chickens instead of 3.

Btw. Too lazy but there will be an indestructible barrier act as a platform at the bottom moving around so you also have to dodge it too