It’s supposed to be in bio group like Corn Shotgun,but if it’s moved to so called “kinetic” group, then it should be follow it as well. The gift color use the Ion Blaster’s in DX version.

So how does it work?

It launches watermelon at high speed (as fast as Corn Shotgun’s projectile) and it will break upon impact. Not only that, it unleash several melon seeds spreading evenly that will travel further and damage more targets. 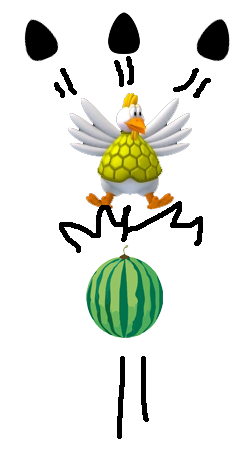 What’s special with the watermelon is that it has big hitbox (80px), so you might have better chance to hit any target.

For the full stats, here’s the chart

Melon1147×479 133 KB
As you can see, it has very very weird way to maintain damage progression “somewhat” close to other weapons.

Hm, it bears a slight resemblance to this idea: Burst Bubble

I figured I’d make my own topic for some of my main ideas. (By the way, big heartfelt thanks to @EmeraldBirb for helping with putting example images and .gifs together for the weapon/enemy ideas.) [Weapon] Snowflake Flurry [Might need a new design] This weapon idea is my first, named Snowflake Flurry, which fires a spray of snowflake-shaped cryogenic crystals that can slow enemies down a bit the more they get hit by it. Unlike weapons already included in CiU, this would be the first weapon of…

You’re right. But I think bubble will be less damage focused than watermelon thrown to your head

Honestly, I just didn’t want to make the Bubble a weapon you can easily spam to kill enemies. Basically I want it to be a balanced weapon, but with its splitting mechanic, I thought it might become troubling to find a good compromise to it, since I don’t want it to be the next “Old Utensil Poker” (I’m very happy that Overdrive is a thing now), but neither do I want it to be something that would go extremely underused. As for the watermelon weapon idea, it’s a great idea and I’d love to see it in the game at a later point in time.

do you mean this: 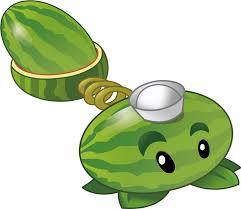 but maybe that will be OP

It should not. For example, Plasma rifle can be OP against groups.