UCO but it intentionally rams the player

I’ve seen enough players who complain about UCOs ramming their spaceship, so how about making that more realistic.

Instead of the usual turret arms, this UCO is equipped with a beam saw. 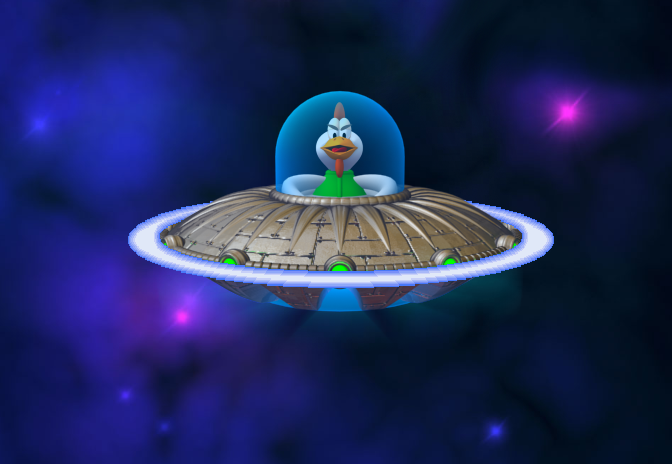 This UCO have (only) two attack patters:
On phase 1, the UCO targets the player off-screen and then rams to that position on a straight line. This is done two to four times before going to the next attack pattern. 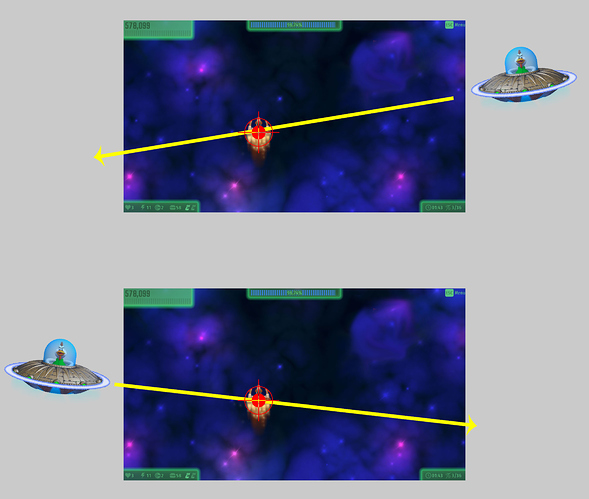 Then on phase 2, the UCO will shot a set of beams periodically downwards similar to how UFO’s in CI2 and CI3 do this. Afterwards, the ramming continues! 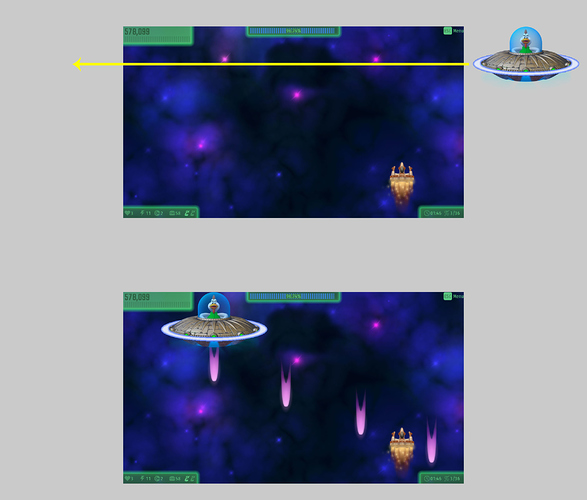 In case the player moves to the edge of the screen, the UCO will choose a path that will cover the most area. 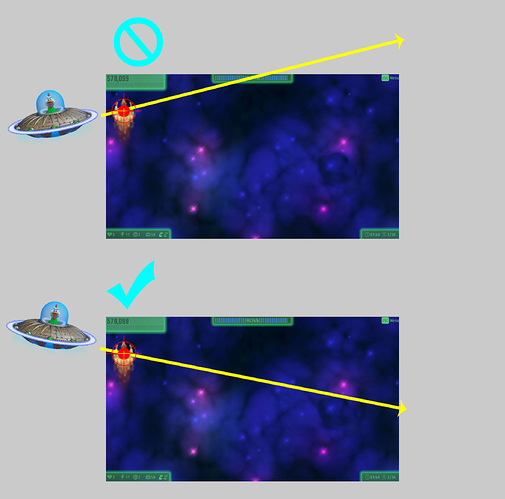 In more difficult modes, the UCO will shoot a beam targeting the player’s current position upon reaching its original target position. 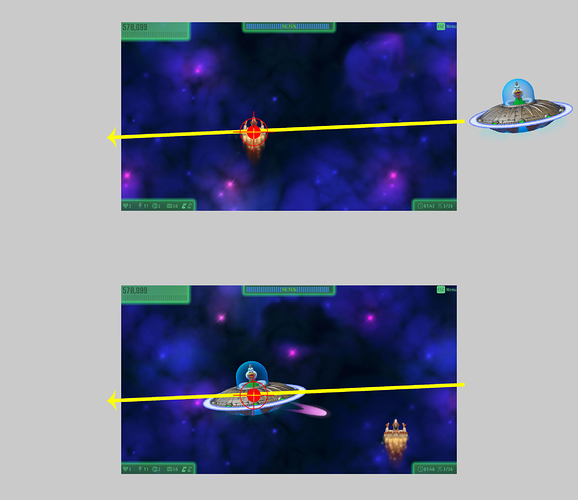 Jack be nimble, Jack be quick…

Not so different from a normal U.C.O. after all.

This was supposed to mock players who found UCOs annoying (don’t take this seriously lol), although this variant could actually work. The main difference is that they’re more predictable (except the transition between the first and second attack).

It actually works well for a boss