The lost brother of The Yolk Star

Hi, this is one of my last boss ideas i put here. After destroying of The Yolk Star his brother or brothers, 2 yolks (red and orange) united in 1 big egg made of the parts of theyr brother and more upgrade. Here are the pictures: 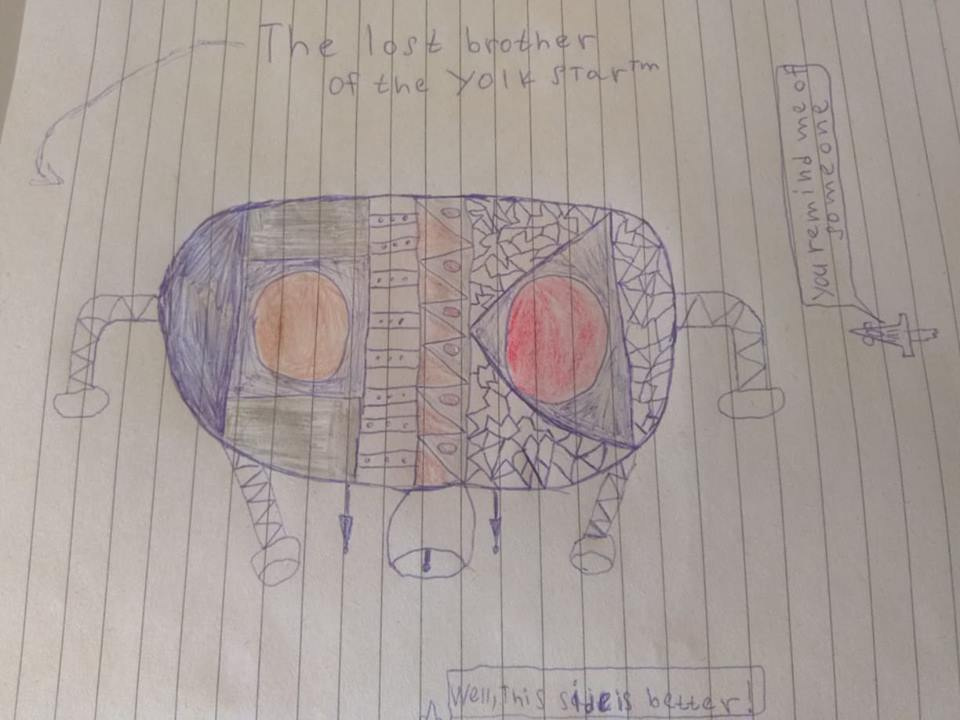 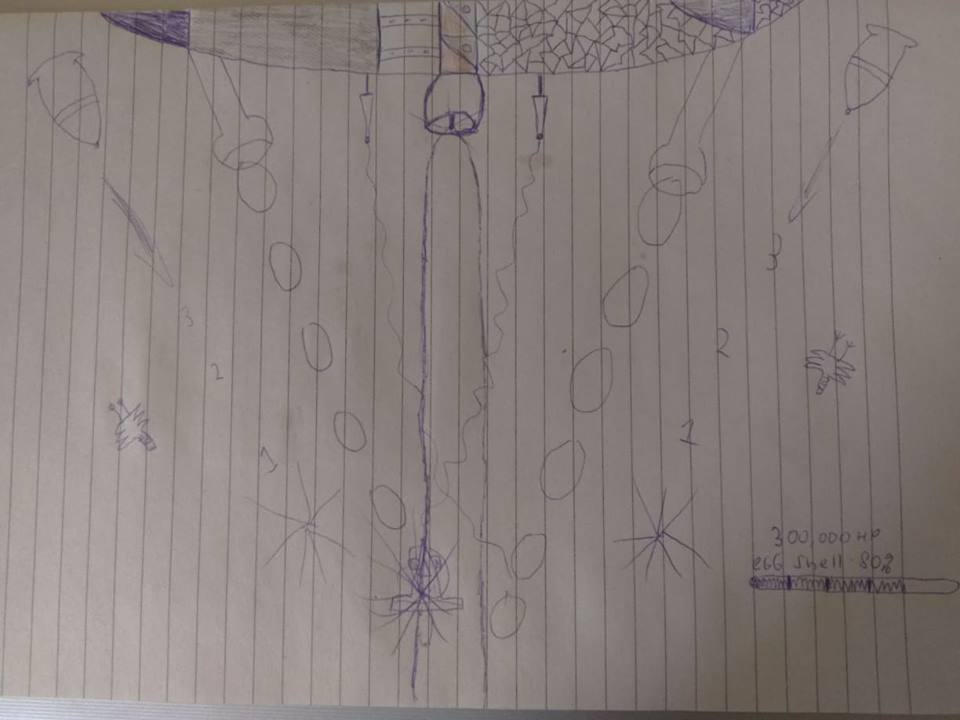 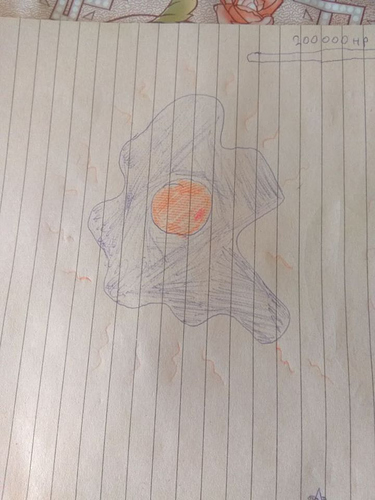 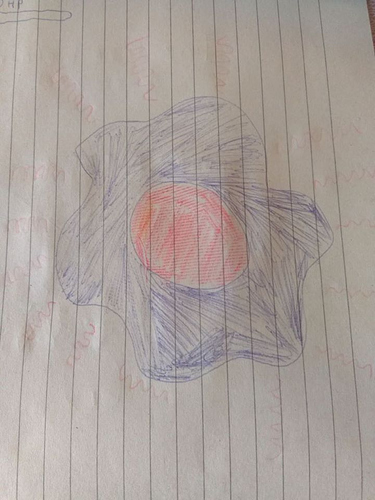 Description:
When the battle starts the average laser shoots 2 seconds and stops after 2 seconds he begins again and again, the small lasers shoots in a diferent directions while the big egg guns shoots big eggs against you. At every 20% 5 terminator chickens comes and 2 rockets come one after another following you after 3 seconds they explode and after more 20% this repeat.
When the shell is destroyed the two yolks appears and shoots iones ( orange yolk shoots orange, red red iones). They have 200 000 in general, the orange yolk is small than the red yolk and not too dangerous. After reaching 40% the orange yolk explodes (if you want to destroy the red first you need to reach 60%) They just circiling around shooting red and orange iones until it destroy it, thats it i hope you like it