So i downloaded IAMI and IAMT to mod the game sound (i did download the standalone version). It took me a while, but i managed to sucessfully mod the song. But the game is unable to work. I tried to create another mod file and do it again, but it still doesn’t work. Do you guys know how to fix this ? 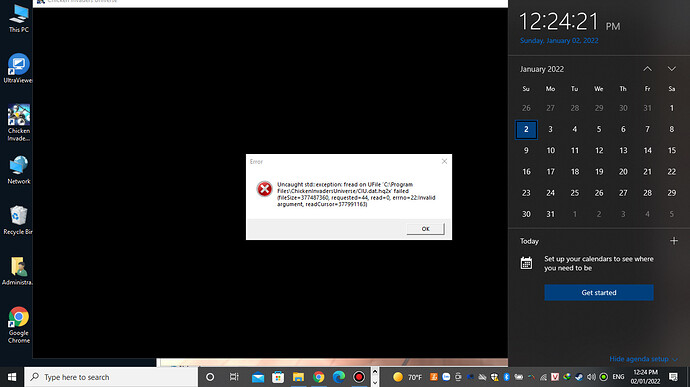 Did you use the latest iami and iamt tables from the IAMI discord server?

The christmas update changed stuff, so you need to download IAMI 1.3.3

Well, I need a step by step process of how you modded sound so that I can attempt troubleshooting.

Also, it’s best to go to the IAMI server from here for further advice since iA does not officially support mods, the link is in this topic:

This took WAY longer than I expected, but here it is. InterAction Mod Installer (aka IAMI) can install mod files made by our Discord modding team for any game made by InterAction studios known at the moment. It was tested with most game versions and is pretty stable but installation process is slow so I’ll be re-writing it from scratch later to improve performance. For now just keep in mind you can start installation and go drink some tea

ok, so first i took a music file and turn it into .ogg, and then i went download the standalone version, after that i downloaded IAMT v3.6.3 (just only the tool), i opened it, created a mod by type 10, the file’s name is epik boss music, the typed version is 90, saved it in administrator/download (i did do it again and save it in E:, the name’s epik bos museic). After that i downloaded IAMI version 1.3.3 but just the app, i tried multiple times. First i tried to use IAMI but it needs the ciu.iami and the config file which i didn’t have, and then i tried the 1.0 but also didn’t have that file. After that i downloaded iami 1.3.2 with the ciu.iami file and other things, i extracted it to a folder, and it finally worked when i heard a sound. That was when the game wasn’t working, i just downloaded the iami 1.3.3 and extracted them to another folder and did exactly the same. And despite all of that, my game is still broken

Did you use Audacity to export music into ogg?

no, i just change its last name from mp3 to ogg

Then you might test Audacity to see if it’s work.

It… doesn’t work like that. Use Audacity, it’s perfect, and better than any online converter you could possibly find. I think FL Studio and Foobar2000 are pretty good, too
Edit: from the error you got, though, it seems that either the iamt or the iami are broken

You have to actually convert it. This is just renaming the extension, which does nothing aside from preventing the file from being played correctly.

ah ok, thanks for helping

i don’t think the iami and iamt are broken considering i have tried multiple time and it gives the result that say it is done, anyway how can i convert from mp3 to ogg (i have audacity but i’m just a student)

There the Export option in File. You MUST select export as OGG, and check the save as type to “Ogg vorbis files”, and then you click save.

thanks, now i can play the game like having a good gaming chair