Soon there will be new UI of Steam and it would be good to create new images so Chicken Invaders presents well there.

Also there’s now GOG 2.0 beta and both use vertical images (like old game boxes so that’s awesome). I linked my Steam account which imported my games and here’s how Chicken Invaders presents on “All games” tab:

So yeah. It’s not the most important thing right now (not like Apple’s app policies where you had to stop all work and do it), but keep it in mind.

Can I ask, will the Steam UI change be itself changable? I don’t want huge game art taking up the screen when I have a neat list just on the right. Just if yyou know. 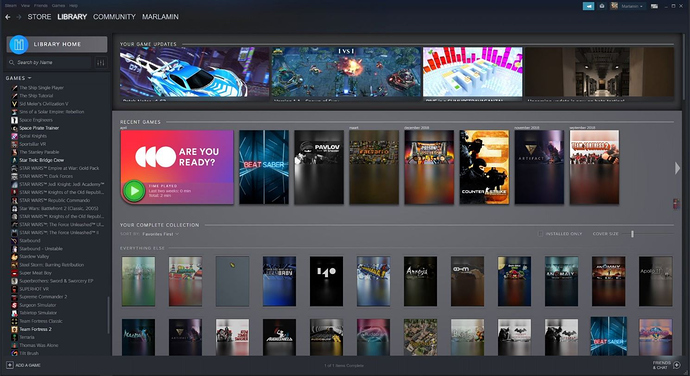 New art has been uploaded on Steam. Not sure if/how it propagates to GOG. Let me know how it looks.

The games are half cheaper