Small bonus idea which it may get denied or some kind.

Speed Bonus is some sort of bonus. It’s a time-based bonus for non-time out waves. Basically, killing all chickens in the limited of time will give you the bonus.

How does it work? 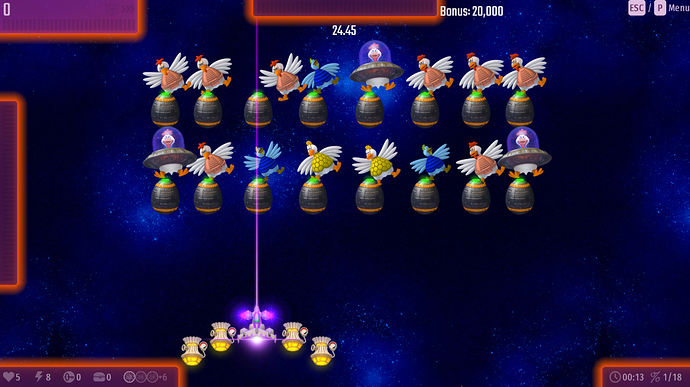 SpeedKill_202011042304031366×768 459 KB
After the wave starts, a timer could be seen below the progress bar (or on the middle top if no HUD) And the bonus reward at the right. If you kill all chickens fast or just leave the timer, it goes red when reach 10 seconds and the bonus will disappear and saying Bonus Failed in red stating that it took too long/ time is out to achieve the bonus. 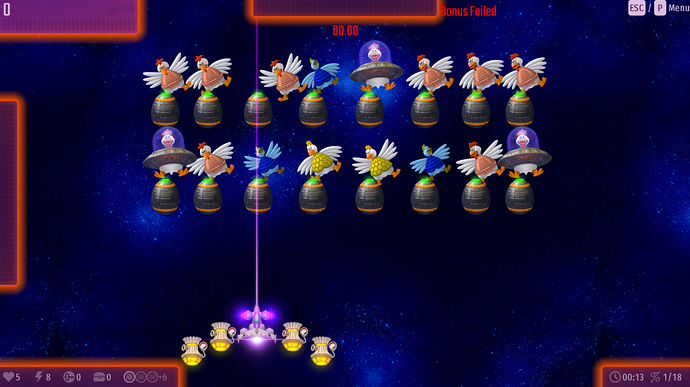 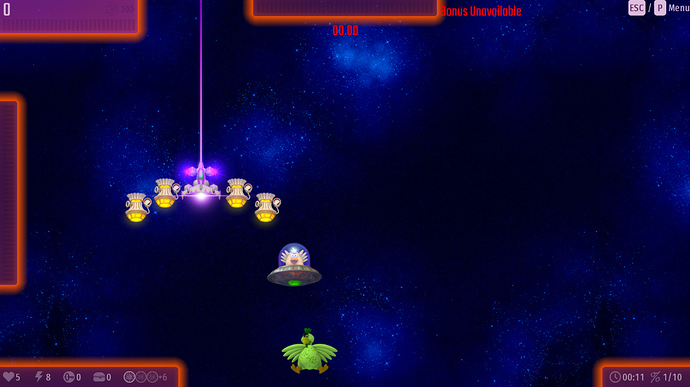 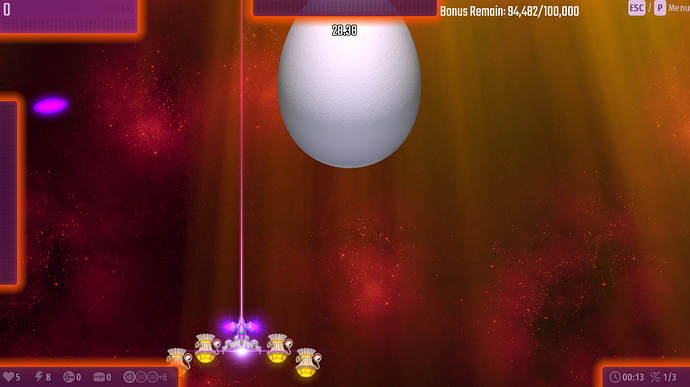 The bonuses also available for bosses. However, the bonus score will slowly drops down as the timer goes down. Dropping to 00.00 will result of 0 bonus score. 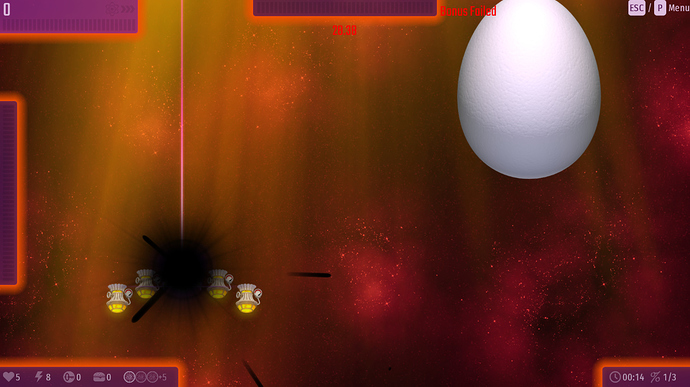 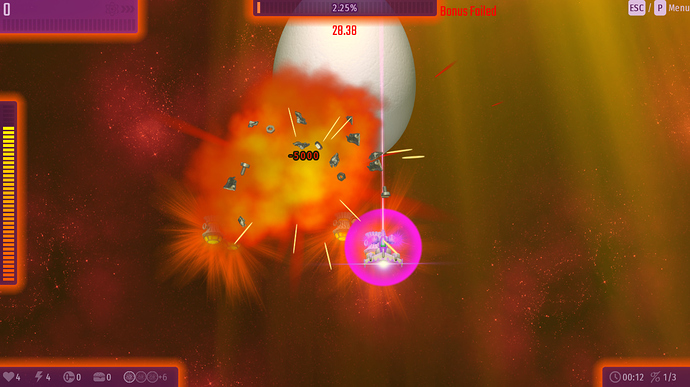 Sure, although I don’t think there’s really a need for a timer in the HUD. Seeing it go down every wave is gonna be stressful and distracting. The game can calculate the bonus score without telling you and when the wave ends it can show up where all of the other bonuses and medals appear.
You could always purchase an optional HUD item that dispays the timer somewhere.