Soundtrack from CI games on Steam

Hello. I’m once again suggesting something with Steam.

So, last month Steam made a change to how they handle Soundtrack DLCs and now it is possible to buy the soundtrack even if you don’t have the game. If someone doesn’t know, the thing with music on steam was that it was treated by many as extra thanks or donation for developers if someone really liked the game. Developer gets money and you get some songs that you can listen to. Win-win situation.

So, while I myself wouldn’t want to buy CI music (I’d rather spend my money on another game from the same company) I thought today that maybe someone else would like to. And that’s why I made this topic. IA should add the soundtrack from CI2, CI3, CI4 and CI5 to Steam. 70% of money is still better than 0% of the money and there isn’t much to do.

The soundtrack MUST be in MP3 file format and CAN be in other formats too (FLAC files are recommended)
Take a look at Steamworks docs for more details: https://partner.steamgames.com/doc/store/application/soundtrackapp

Thanks for the feedback. We did have a double album available (CI3&CI4) on Amazon for a number of years and also available to purchase from the IA studios website. This is an interesting development and I’ll look into it with IA studios. We could make all the music available with the exception of CI2 (different composer).
Kind Regards
Doug
2dB Music Production

Even the orchestra version from CI2 remastered?

CI2 remastered’s music was composed by Staffan Melin, who also worked on the music in Piggly, Loco, Smileyville and Christmas Eve Crisis

Yours music rocks! I absolutely love how good it sounds and gives the atmosphere! Also, I wanted to ask a quick question to you guys.

Have you guys been thinking about releasing a CI Album on the music streaming platform called Spotify?
Some music composers do choose to upload their music onto that platform, allowing more users to get familiar with specific genre etc, etc.
I tend to use it to listen to some game soundtracks during drawing sessions and sometimes I even listen to the CI OST during the session. It’s just too good.
I don’t know if it’s going to give you guys some profit, but I think it would. (I really don’t know much about that kind of stuff

Anyway, that’s all I wanted to say here.
Hope you guys have a wonderful day and I wish you good luck with yours music! 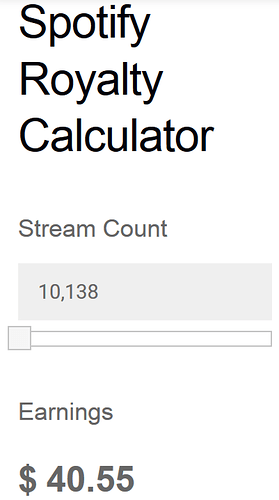