A. The crimson, flaming boulders are debris (as called on CI3), not asteroids.

B. “Shoot the Core!” was the boss of the debris mission (on CI3), why CI4 boss track would be played on it?

C. Plz include the alt. boss tracks of CI4 and CI5 (Egg Cannon and Henterprise) soon.

D. Obviously, cosmic objects (where the missions occur) are not procedurally-generated and are developed by the time, but is that same about the actual missions (as FANDOM article presumes)? Cuz they all have their names and types. I doubt even the waves be randomly-generated.

A. Debris was in ci4,not in ci3. Ci3 had asteroids and comets only.
B. shoot the core never existed in ci3. It’s a ci4 boss.
C. What about the yolk star? And I find the current boss soundtracks to be better,tbh. But hey,that’s my opinion.
D. What are you talking about? Waves,missions,and even planets were randomly generated.

A/B. You’re right, I mixed it up with meteors. They were in CI4, but they’re still called Supernova debris.

C. Yolk-Star hasn’t as alt. music. It has the same boss track.

D. R U Serious?? My target of reply for this is, generally, @InterAction_studios. For the planets I’m sure they are not, think about the elements of MMORPGs, like WoW (Which are developed by the time). And if they are randomly-generated, they should be changed over the time. But I haven’t seen ANY change so far. (Try to find me when I’m wandering between “Coresus” and “Elephenor”

If they was still in stand

A/B. Does it really matter?
C.yes,it does,in ci3,just like henterprise and egg cannon do in ci5 and ci4.
D. Of course,IA made the planets and everything,but do you really think that they just placed all of them in the galaxy on their own? And you do know that just because they’re randomly generated doesn’t mean that they’d change over time,right? Not sure what makes you think that. It just means that the game randomly chose their placements,stats,everything like that,but it’s not going to change over time.

C: Yolk-Star hasn’t its own track. Egg Cannon and Henterprise have.

D: Uh-huh I got it, I stand with this and it could be. I was just thinking about changing over the times, kinda like games such as TBoI. FINISHED

It’s played during the boss fight,what are you talking about…
How about you search for the yolk star battle on youtube,watch it,see if the music plays.

Only agreed with C. It would be nice to hear The Yolk-Star™’s theme again. D — you’re wrong. A/B — did you even play past episodes?

Forget about A/B (hope the “close thread” option became handy for the one who made the thread); I’m a fan since CI3 (but I hadn’t played since finishing CI5), and here I mistaked the Meteor Storm with Supernova Debris, knock it off plz

Agree with C, but still doubtful on D. I’m sure some time, some evidence about it would be uncovered.

Sure thing:
“Your adventure will take place in a persistent galaxy comprised of approximately 100 constellations, 2000 star systems and 10000 planets.” (ſorry, I can’t quot a cloſed topic for ſome reaſon.)
Do you really think anyöne would want to put theſe in by hand?! Beſides, there’s this:

There are plans to introduce meteor storms (a.k.a. asteroid-only missions), however these would only take place on “asteroid belts” (special types of planets) which don’t exist in the galaxy yet, and will not exist until the galaxy is regenerated (because it’s not easy to add things to the galaxy as it stands).

“until the galaxy is regenerated”

why you sometimes type ‘S’ as ſ? I get brain**** when read your posts.

Get used to that, its not that difficult. He doesnt have to explain to everyone why he do this.

I can bet they’ll read this with a “y” as well. 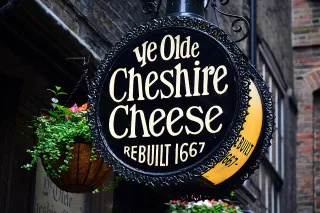 Or you can just not read his posts. I do it. It’s a waste of time for me.

I just copied it from his massage lol, i’m lazy)

Agreed, but I’m bad ever at simple English language things so I can’t see difference between ſ and ʃ without careful look.

C+: Forgot to mention the musics of the “straight” missions (Comet Chase of CI3, Feather Fields of CI4, Artifact Recovery of CI5), especially CI4 with that upbeat melody.