there has been a small discussion in this thread: About skills in Galactic Store

The problem is that currently, the gaps between individual skill levels is too small and doesnt open big big enough of a challenge for very skilled players.

This is a table I made: 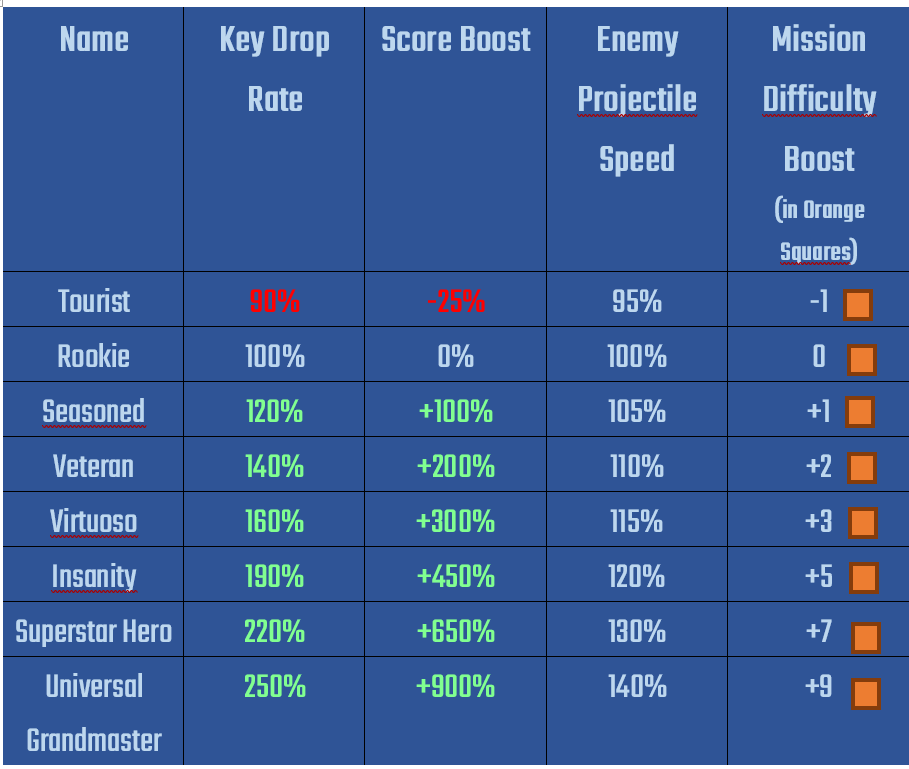 @InterAction_studios I’d really like to see this in-game so everyone can push to the absolute limits!

Is Insanity a new difficulty or is a fan made?

I still want to be a sane guy though.

You’ll need to be sane to do your professional chicken hunting jobs properly.

I think that one difficulty above SSH… is not enough! Good ol’ V10.1 days xD

I think the difficulty booﬅ needs to increaſe more, maybe 1,5 ſquares of difference in places where your chart ſays 1.