So idea is a pirate chicken boss. I dont have any drawing skills so I will try to just explain. I lnow its already suggested but wanted to implement it a bit.

General: There will be 3 big cannons on left, mid, right top. They wont move but you can explode them. They will be 30% of boss health(10,10,10) Also a pirate boss will bethat moves. Rams to your ship and has some special abilities(check continue of post.)

Will add more info if its necessary. Please check pools.

It’s hard for me to visualize the boss without any images. You can even make it in paint for all I care, just to show how it works exactly.

I am on phone and its my exam week so sorry…

Which attacks are useless for you guys?

I think 1 sec for parrot eggs too fast, I would choose 2—1.3 from easy to hard difficulty.

1.5 is good. Parrot rages after you killed its pirate.

14 people liked this idea. Thanks everone. I am inviting @InterAction_studios for does he liked the idea or not.

Will send 3 chicken from left 3 chicken from right, these chickens will be terminator chicken. Outlooking would be random, preferred to change with harness from chicks to egg armored chickens.

I still have exams so I am looking someone draw it for me. 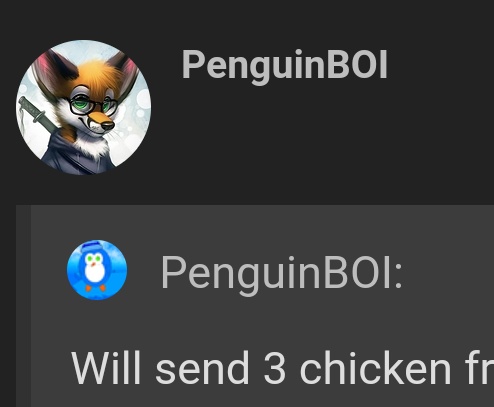