“Recruits could change the elements and the heat of the battlefield by their perks. This way, recruit could fly the mission more efficiently or more profit for themselves.” 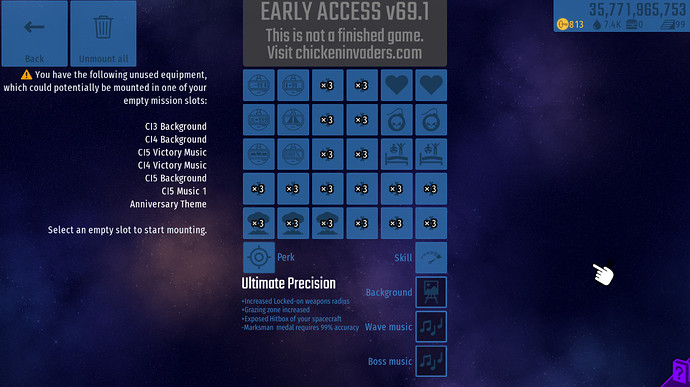 Perks are equipments that affect your gameplay weather makes you profit, improve your efficiency, making the game easier/harder. They can be bought at heroes academy.

List of my perks, iA will add his own perk into the game/modify and balance if this get accepted:

Outcome-affecting perks: these perks are similar to skills, it’ll affect your outcome with fair trade. Well, almost all of them.

Trigger Perks: these perks won’t affect your outcome or change anything in the gameplay mechanics but it triggers your power when met the requirements. Note yourself that most of the perks below are just “you need to die”.

phew, another remastered done. Don’t try to harm my mental, it won’t work but use constructive criticism instead. Thank.

Reminds me of the Scoring unlockables from CI5,
I think they were already mentioned as planned for future updates

quit making references of me you plonker

Was the reference word, mental? Lols

Fight not fire with fire