You know, even if we explore all of the galaxy in Chicken Invaders Universe, most of it will contain only chickens. Considering that game is spin-off of the CI franchise, it should also connect all those non-canonical editions in some logic way (except Christmas, it can be a cosmetical change).

On these event-only missions, specific animal species appear (based on a particular event) with its unique waves, bosses.

As we all know, our hero has an appetite for any type of edible meat, so why not add more animal invaders to the roster?

Think about Piggly that we all saw in Chicken Invaders 2. She’s a pig and we eat pork, right? Some people can eat goats, horses, deers etc. They could possibly work in-game. However, considering the amount of work, that will go to that idea, I say they can appear as first official update to the full version of the game.

Now with the Egg Cannon Cannon Cannonade,and Chicken Exponentiality,I think that there is an actual scope for these “weird” bosses apart from just standing out. Now,with the Easter and Thanksgiving Editions of CI3 and CI4 respectively, we get to view alternate dimensions where it’s other animals slaughtered for food attacking Earth. Now,I propose:Interdimensional Rifts. You can find these things somewhere near some systems that are comparatively “weird”,than your normal gameplay.Now this coul…

Didn’t know about that idead until now

i hope this specie come someday. 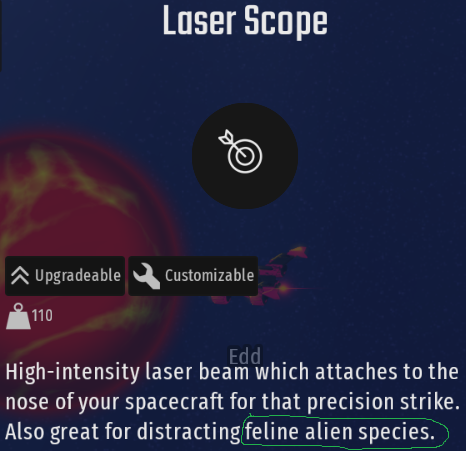 They’re not cats though. “Feline” is what this means.

I think I saw someone who was really pissed off because it said “distract alien species”? And it was them missing the joke.