Well, these are the enemies and bosses that have occurred to me and friend, I hope you like the concepts and drawings made by pocketwatchstudios (my friend) (his respective credit is at the end of the post)

1. Chicknaut: Who does not like to have more variants of chicks, right? These would be the easiest variant of the classic “Chickenaut”, they would only shoot two rays at random unlike the 3 of the Chickenaut, it is made to appear in the missions of less difficulty so that new players begin to know the enemies more resistant. 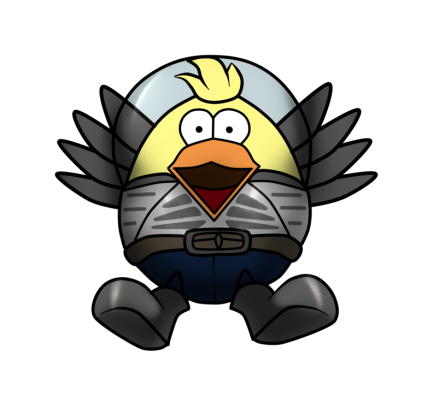 (Representation of how it would look)

2. Military Fan: This chick is a big fan of “Military Chicken” so much that when he grows up he wants to be like him, his attack is to throw grenades like Military Chicken does but his radius of exploration is much smaller. It is designed for much more advanced missions. 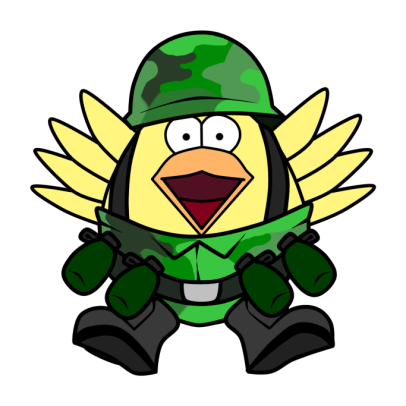 (Representation of how it would look)

3. Fake Container: Everyone likes “mimic” type enemies, why not add one to CIU? This container, unlike a “conventional” container, this comes with enemies inside, 2 to 5 enemies can come out when destroyed, it can also drop a key, nothing: with the typical satellite. Its appearance would be that of a normal container but a little more destroyed (since the chickens forced it to enter and make an attack on you, a tactic similar to that of the “Trojan horse”). It is designed to appear in more advanced missions to complicate things a bit and it replaces containers in waves where they appear. 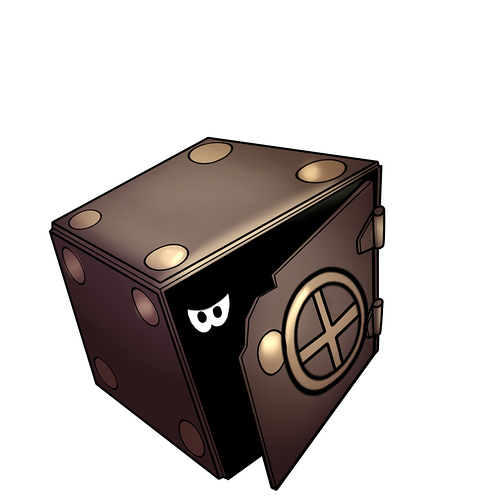 fake container1000×1000 115 KB
(reference image, maybe if it is in the game the difference may be a little more discreet)

4. Chicken Plane or UFO Pilot Chicken: These chickens are released, why not give them their deserved ship? These are sturdy battleships and come with surprises. They attack the player with a lightning bolt. When the ship is about to be destroyed, the chicken will activate the “escape sequence”. which will expel the pilot from the ship before being destroyed, it will fall in stops and return falling to the position where the ship was originally. It is designed for difficult missions and only for professional players. 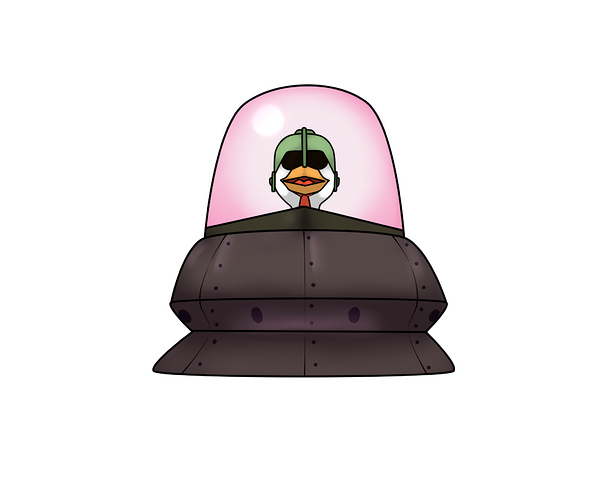 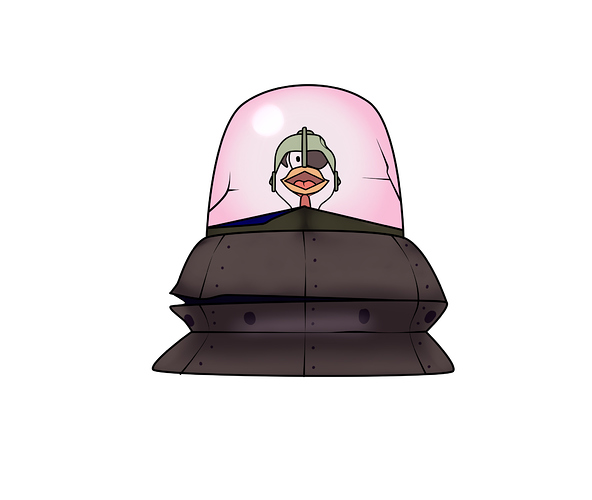 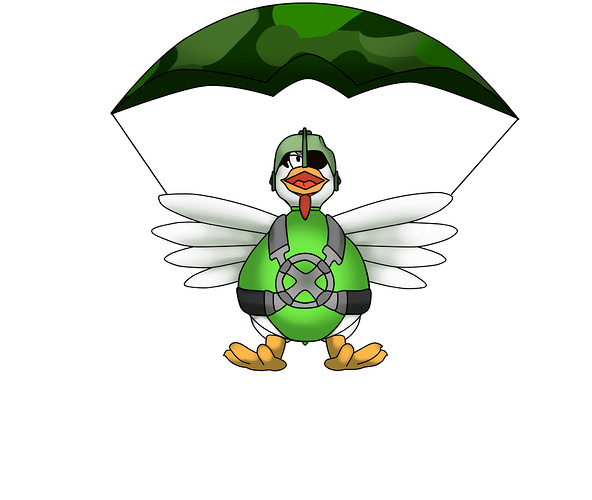 plane chicken 3 (pilot chicken escape)1991×1680 267 KB
(Representation of what it would look like falling on your parachute, perhaps this is the least likely to be implemented in the game but it would be a nice detail)

5. Chicken Ecuacional: This chicken loves mathematics, in his clothes appear “mathematical problems” that represent the number of chicks that will come out when he is killed, that is, the result of this mathematical problem will be the number of chicks that will be released when they die. An example would be that if “2 + 1” appears on your clothes, the result would be “3”, then when you die you would release 3 chicks. This would be designed to appear on any difficulty except that the value of the math problem changes, that is, the smallest results of those problems appeared on the lowest missions and the largest numbers on the most difficult.

(Representation of how it would look, in this case all problems appear with only the number “2”, decimal numbers could not appear, only positive integers)

1. CI5 Boss Expressions: CI3 and CI4 bosses (which are chickens) have facial expressions when damaged, why not create a more detailed one for CI5 bosses? I mean it is a bit strange to see that they do not change compared to the previous ones and it was a bit disappointing in my opinion, so these would be the expressions that I and my friend created: 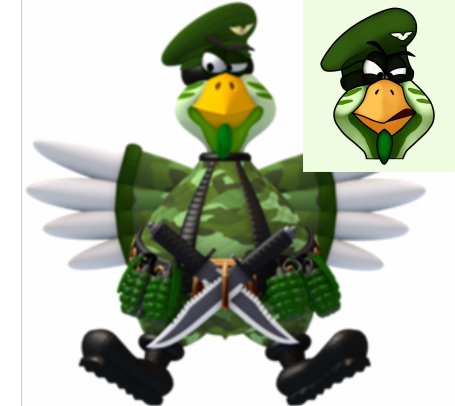 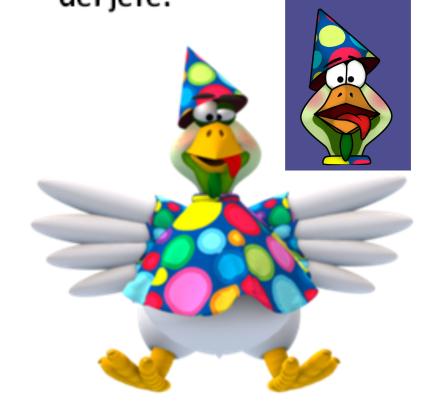 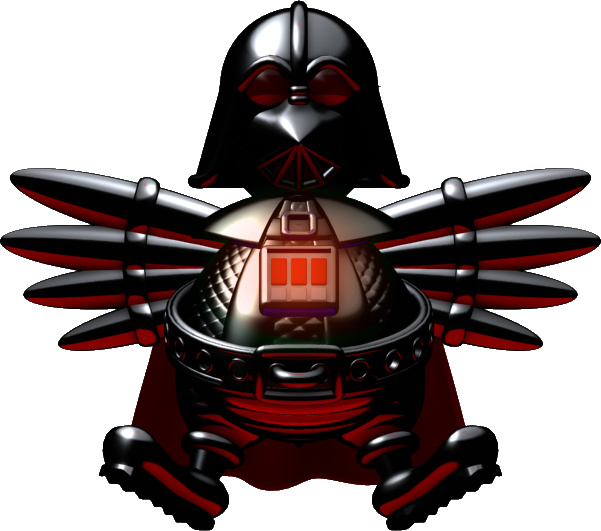 2. “A small step for the chickens, a big cluck for the invasion”: This boss would consist of 2 enemies, one would be called the “Chickenaut Mayor” and the other would be “the false moon”, at first the moon would enter and position itself at the center of the screen, then an “atmosphere” would ignite that at first would not it would affect the player it would only make the latter always look at the center of the screen. Then the Chickenaut Mayor would enter and start walking on the planet, he would launch the typical normal Chickenaut lanzers directly to the player but he would try to directly dress you. As the Chickenaut Mayor is defeated, the planet will disappear, but if the planet is damaged enough, it changes the small light that is green, to orange, which would make the “atmosphere” stronger and count a little more. move the ship, if it continues to attack that light will change to red and its “atmosphere” would become even stronger causing the ship to be gradually attracted to the center of the screen and movement is affected. 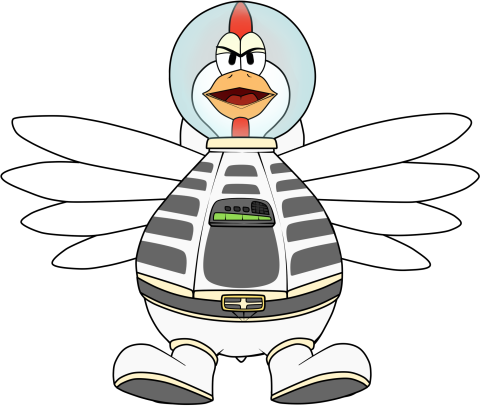 (Representation of the Chickenaut Mayor) 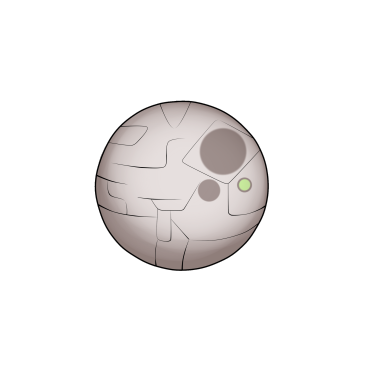 (Representation of the fake moon)

3. Cowboy Chicken (idea from pocketwatchstudios): This chicken is the fastest shooting, this unsheathes his weapon and shoots at 6 random places quickly (these will be marked with a “danger zone”), also with his bow he would surround himself forming a barrier that few seconds reflects the player’s attacks. 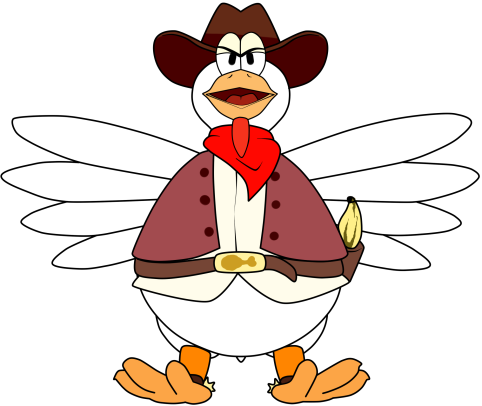 (Representation of the Cowboy Chicken)

Thank you very much to pocketwatchstudios for helping me create the drawings for my ideas, I hope you can support him in his DA (Deviantart) and see more of his work. This is to also give him his appreciation for his drawings and the work that I dedicate in these, in addition to also wanting to contribute to the game with the boss that he devised. I hope you liked our work.

Wow, these are a good drawings and good ideas, good work, keep it up!

Thank you, I hope this post does not die ignored (as it always happens to I believe them)

Representation of what it would look like falling on your parachute

It is a reference to that, only now it is more “dynamic” being part of an enemy

2 to 5 enemies can come out when destroyed

these drawings are AMAZING! I would love to see these in-game!

The artwork is great for all of these!

As far as in-game implementation, I can definitely see Chicknauts, Military Chicks, and “fake” containers (especially love that one!) being a thing in some capacity.

Military Chicken is happy to set a good example.

Sorry but… you are coming late to the party

I want this NOW! This is so clever!

Too much randomness… no thanks.
This thing will be even harder than slobs

“A small step for the chickens, a big cluck for the invasion”

The idea is good but I can’t understand 100% of the idea due to my bad english knowledge.
Is it a 360° battle like Henperor apprentice?

These drawings are so cool and epic, I think IA will like’em

Too much randomness… no thanks.
This thing will be even harder than slobs
[/quote]

You should put a return between idea and [quote.

The idea is good but I can’t understand 100% of the idea due to my bad english knowledge.
Is it a 360° battle like Henperor apprentice?

Don’t worry, I speak English as a first language and I didn’t really get it either…

I’m not ſuch a fan of the Chicken Ecuacional or the cowboy chicken, but the other ideas are good.

Thanks, I really thought they were bad ideas lol

The truth is that it was a difficult idea to explain so I tried to do the best I could, and can you give me those euros? lol

Thanks and I suppose that the chicken equational is for the fans of the enemies that “multiply”.