There are many ways Space Burger Company earns a lot of profit. But have you ever wondered why this company is so universally wealthy and well praised?

Long time ago, before Hero was an actual hero, Space Burger’s founders have stolen the device used by space chickens to revitalize their military power: the cloning machine! Well, at least the blueprint of it.

Space Poultry hadn’t noticed it until now and they want that company to suffer!
They sent Nano-Chips capable of overdriving the cloning machine and granting the absolute manual control over it (and access to never-seen mechanisms) for invaders!

Let’s get to the point:

This idea page has been rewritten for many reasons! Sorry for the inconvinience!
Anyone that replied to earlier idea you can delete your replies or leave them as they are (so that anybody could see my most flawed idea I’ve ever come up with)

It may be unbalanced, but at least I don’t want him to be too easy

“Bomber player is at a slight disadvantage”

There are ways of introducing difficulty without making the game a series of pixel perfect dodges and instant reactions.

I don’t think I have to explain why this is bad.

Frequency implies the rate at which they’re spawned, which would not screw bombers over due to their speed limits. Hitbox sizes still have to be considered though.

Changing the player’s rotation undermines the point of the asteroid rings, as it’s going to be possible to shoot MM without having to dodge them depending on the exact rotation. It doesn’t make it harder, it makes it easier.

It may be unbalanced, but at least I don’t want him to be too easy

If it’s unbalanced, it’s a no-go. As far as difficulty is concerned,

Is Magnetic Manipulator hard enough as it is?

It is not hard at least with it Asteroids rain attack.

I’m sort of in-between. I wanted to remove my vote, but it isn’t letting me, rip. Either way, if we do buff it, preferably do it some other way.

They were only pointing out the problems with the approach you took to increase the difficulty of MM. Also proposed “improvements” is kind of a stretch, the boss seems fine enough as it is currently to me.

I only said that it MAY be unbalanced, so do not misinterpret my words

If you don’t have speed boosts equipped, then yes

That’s completely unbalanced. Honestly just remove bombers at this point, you do know that bomber mains exist right? Not everyone uses only Müllers and H&Cs. The boss is alright as it is now, I don’t see a reason to give it more attacks to be fair, especially since they aren’t that unique either.

…or rebalance bombers to make them usable in most situations. There was already a topic about it.

Ignoring the complete change of the topic, I’d like to point out that this isn’t the best attitude when it comes to designing something, since criticisms of design stem not from malevolence to the author or a dislike of the idea itself, but rather simply from a desire to point out flaws in design. You could learn a lot from those criticisms, and you stand to lose quite a bit of valuable feedback through which you improve your concepts by discouraging all feedback that isn’t positive in its entirety.

This idea page has been rewritten for your likeness!

And now none of the comments make any sense. If you wanted to make a new boss suggestion, you should’ve made a new topic for it.
Also, that’s not what “likeness” means. 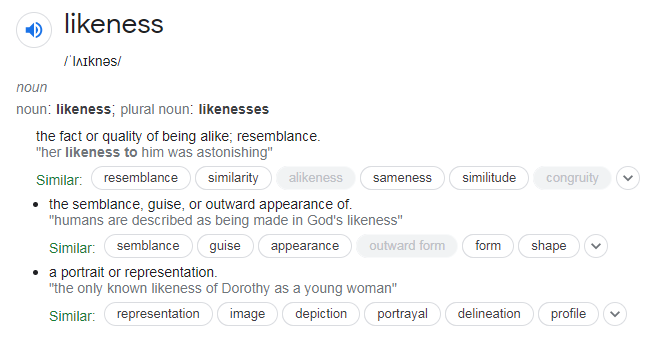 Because God forbid someone criticises your suggestions.

As far as the idea itself is concerned, to be honest I’d be down for fighting a giant space microwave oven-looking thing. The “spawning chickens to defend itself” thing is giving me some CI2 Mother-Hen Ship vibes. Seems good overall.

I am truly sorry for what just recently happened…
I was not in a good mood today - that’s all…
Also, I do not take criticism very well - If I see that my idea is severely bad (has many flaws), I’d rather replace it with something else…
BTW I realized that none of the previous suggestions (that is MM’s buffs) made any sense since it is balanced overall

I am truly sorry…

Also, that’s not what “likeness” means.

Well, excuse my language…
It’s not like I’m American or Briton…

Because God forbid someone criticises your suggestions.

Call me overreactive, but even I thought that MM’s buff idea made exactly no sense if the boss itself is considered balanced