everything is okay it was a small misunderstanding

I played a hard mission, in which I made a lot of points and i did not receive the reward for tier 8. I jumped from 7 to 9! 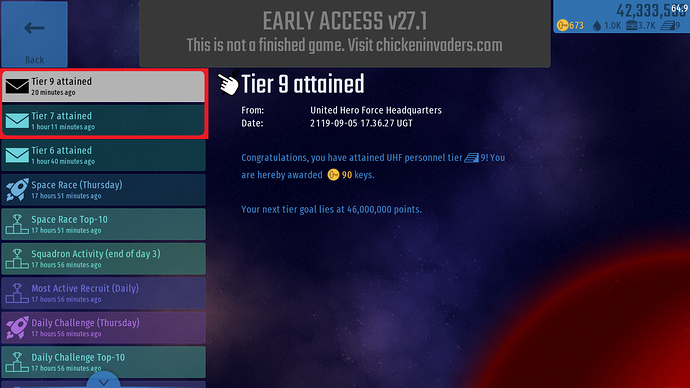 I started a new game to test this bug and I have the proof.
I started the new game with 39 keys from explorations 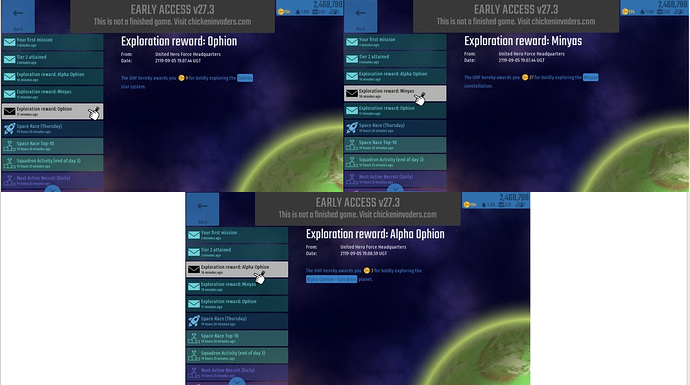 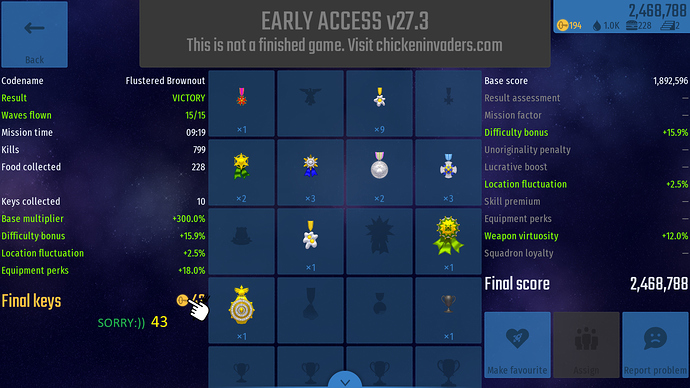 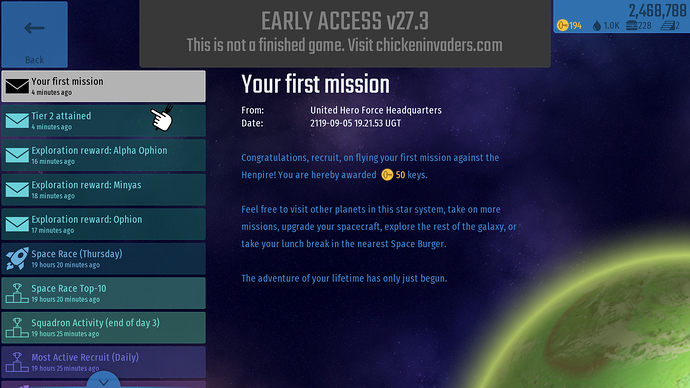 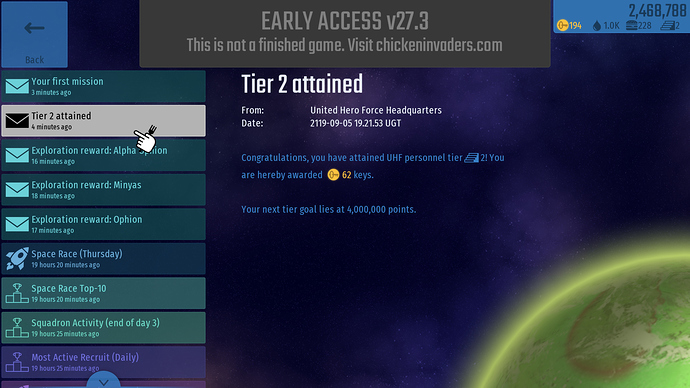 You sure? Maybe you received it but it didn’t say it. Can you remember your key count, roughly?
Also, i feel like Bug reports should have their own category, it would help the site feel cleaner

I don’t know if I received them or not

I’ll reset the game and hope it happens again

Bug reports should have their own category, it would help the site feel cleaner

Making bug category would help, but just with sorting.

This forum can feel cleaner only after deleting EVERY off-topic post, but we need moderators for that - this way IA can work on the game and not waste time cleaning mess made by users.

I think you’re too harsh on that front, I get what you’re saying and respect your opinion, but usually off topics don’t stash in the front page a lot.

correct but there is a tier 1

Do you mind starting another game and do a screenshot immediatly?

What do you want to see?

The starting tier. 0 or 1? I didn’t understand you. 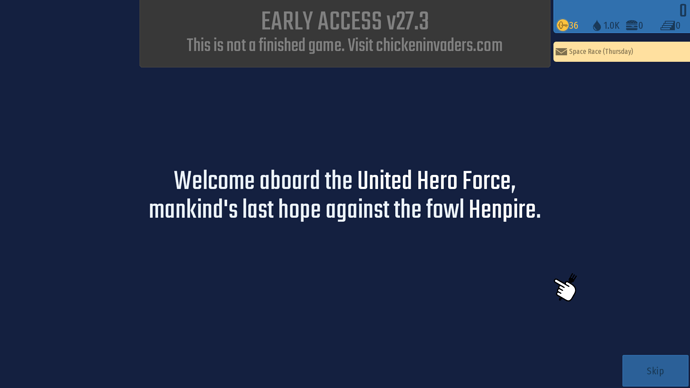 Thanks. So it does skip tier rewards.

many keys will be lost this way

Well, there comes a point where you can’t skip them, in terms of point limitation.

yes, but it counts on the lower tiers and levels with 120 waves where you make many points. Well I am looking for any bugs as small as it is because I want to receive the medal for help in the game:))))