It would be amazing if IA adds some kind of leveling up system. Where theres a cap, and on certain levels, you unlock things. And maybe be able to level up by earning score.
LVL 1 - 0/750 points
LVL 2 - 0/1000 points
LVL 3 - 0/3000 points
etc.
But make it so that you need more points to level up the higher the level gets. If there’s a multiplayer coming, people will be able to see above your ship what is your level, see how many experience someone has. I discourage when people call each other noobs though.
I know this is a little bit off for Chicken Invaders.

EDIT:
I recently found out there were tiers. Sorry for bothering you everyone.

We already have tiers…

We already have that. It’s called tiers.

You increase your tier by earning points and, just as you said, each level requires more points to reach.
Afaik currently your tier determines:

Yes we have tiers but it’s not something that affects anything other than giving you keys, it should be redone. Oh and it’s too easy to earn rank up, they should double the requirements.

It affects Gifts that will be dropped during a mission.

Oh and it’s too easy to earn rank up, they should double the requirements.

I don’t think they ſhould double the requirements, but they ſhould have a ſecret ſet of levels, or corner of the galaxy, or ſomething for people who reach ſome inſanely high tier (500? 1000?). But the keyword here is ſecret. As in, IA ſhouldn’t tell us it’s there, but juﬅ wait for it to be diſcovered eventually.

Eh, once 1 person spreads the word, it won’t be a secret for long will it? And hunting for something you don’t even know is there, can also be frustrating… either way, having secret levels would be cool, but not the ones that could be unlocked from tiers.

There should be rank names, not just numbers, there should be like “scout” beginner explorer", and maybe some high ones with cooler names like “cosmos defender”… just a tought.

At what point do we run out of names, though?

Well, first of all I think tiers should also unlock new stuff – weapons, ships and other items.

I’d also like to mention a feature from another game that, if implemented correctly, could possibly make things a bit more interesting.

So. In ShellShock Live 2 there is a feature called Prestige. It works as follows:

After a player reaches level 50 (which is the maximum level in this game), they have the option to prestige.
If they choose to prestige, they get reset back to level 1 (though they do keep all of their earned XP) and all weapons obtained through levelling up are locked again (though they don’t lose their upgrades – after reaching the weapon’s XP requirements it is given back to the player in its upgraded state).

As compensation, the player recieves a prestige weapon (which, as you may expect, is meant to be pretty damn powerful).

The player can prestige up to 10 times, receiving a new weapon each time.

The general idea is that the prestige weapons will allow the player to earn XP more quickly and reach level 50 faster next time.
This system was replaced in the Steam reboot by a simpler levelling system (with levels 81-100 now labelled as prestige and indicated by golden numerals).

Now, of course Chicken Invaders isn’t designed to be a competitive PvP experience, so the system would require some tweaking. 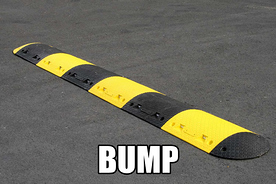