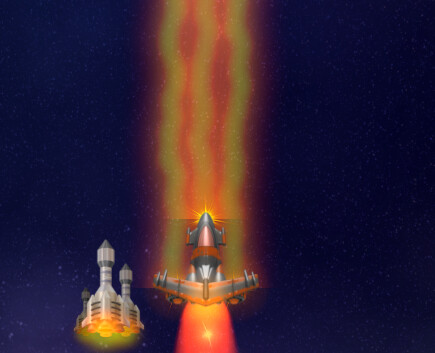 Shooting laser cannon color has two parts, no idea if its reported or not

Oh, you mean the horizontal line just between your spacecraft and the laser? I never noticed that.

Also, I believe a bug similar to this, but for another weapon, was reported in the past.

I care about little details too much, this bugged me way too much while using this weapon…

Oh, I see another line between your spacecraft and your engine.

these two lines are the main issue yeah, I kinda know what is causing the problem but IA knows better for sure

I suspect the ship part of animation is actually not a part of the laser but a sprite, which is colored a bit different than actual laser maybe because that part is affected by the color scheme of level

This was unfixable with the previous engines, but now I believe the new engine can do certain things to alleviate it. It’s on the list, but it’s cosmetic and low-priority.