Once there was talk of the third Chicken Vader attack, so I decided to prepare something. The attack starts after spinning long lasers.
Third attack appear at 70% difficulty, this is an easier variety:
Fires 4 lasers 4 times alternately as shown in the pictures (lasers are like in Egg Cannon) 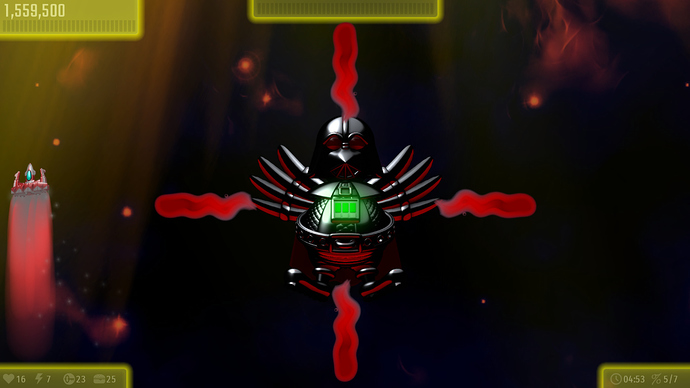 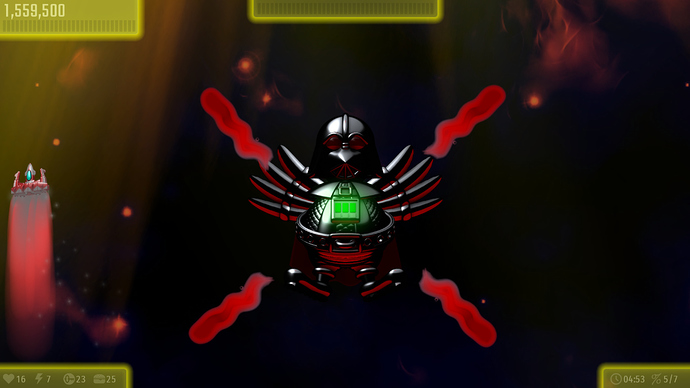 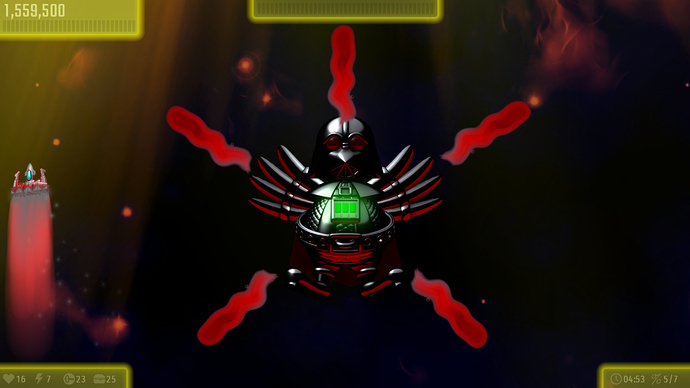 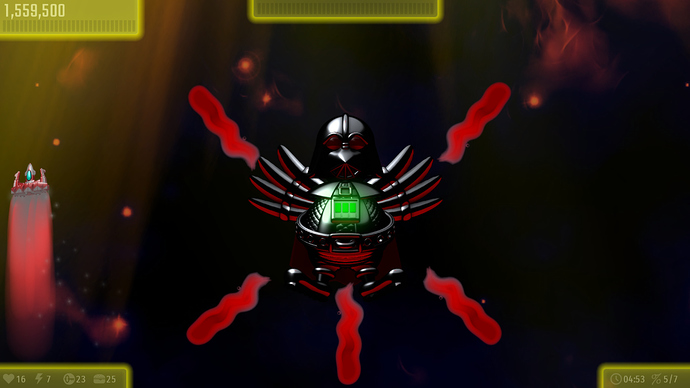 Sorry for the bad editing, but I mainly focused on making the idea itself. I think everyone will understand this idea. Greetings Recruits!

It should either shoot randomly or chase the player with one of the bullets. Also there should be a 6 laser attack. Maybe 5 laser after 75% and 6 after 100%.

Eh, good one I guess but I only need his laser be curvy.

I remember seeing an idea about a light saber attack. But this is also an attack that could be added. This boss is the most boring to fight. Even at high difficulty.

chase the player with one of the bullets

It would be similar to Planetary Egg City

Also there should be a 6 laser attack

Don’t you think it would be too hard? I admit that it is a bit similar to the Mysterious Ship.

It would be similar to Planetary Egg City

Only one bullet will chase the player which means the circle will still be moving.

Maybe let this bullet be during circle?

That’s what I meant. One bullet will will chase the player and the circle will move according to that one bullet.

Though I would prefer a few bullets. For example 3.
Because attacks are simple and easy to dodge, and combat is both easy and boring at the same time.