More Christmas content! Network performance during multiplayer games has been improved in this update. There’s one major multiplayer bug remaining: the underlying cause has been identified, but the circumstances under which it manifests are still unclear. Also, in order to fix a separate bug, all mission slots have been emptied in this update.

This is it, countdown to V100 begins. btw IA, will there be new content for V100

finally a bug and an idea medal, i can rest now

I appreciate your contribution. Just rest unitl you find something good

my mission got cut off in the middle because the server was starting to upgrade, afterwards I couldnt finish the mission. Does it affect anything?

Can you let the Magnetic wear Christmas Asteroid? 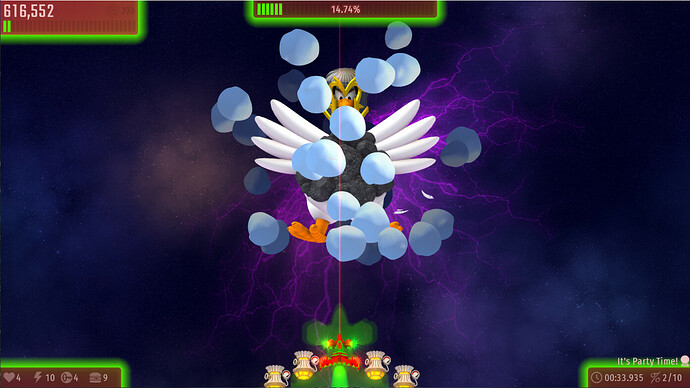 by the way: pic from MinhLongBacon 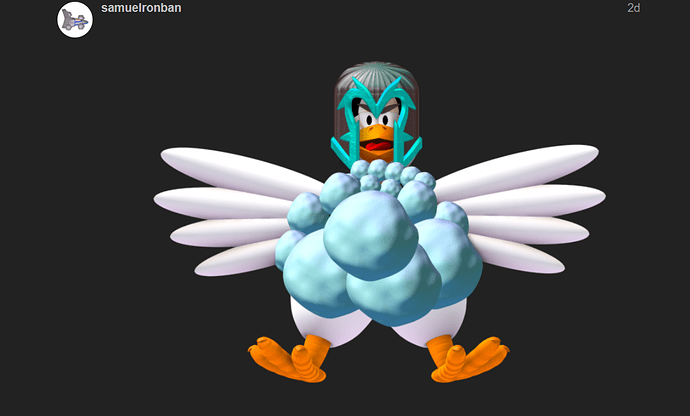 Btw IA, Special Forces and Party Time bosses the cluck doesnt the same as the old one. Can it be changed? 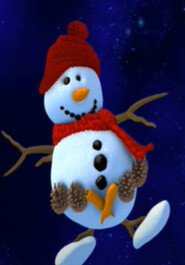 somehow in neutral face, and the SFX sounds (grenade and knife) need to be changed. 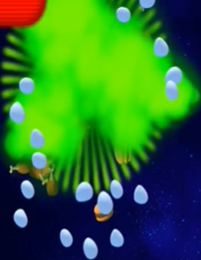 oh… and here is death effect sound when this snowman got killed.

More chritmas content idea: Thundercluck guitar, “The Mother Ship” and “i’ll be back” bosses, all 4 UCO, all 3 Space Crab.

hmm, I think the current appearance still work, besides there is no need to change to do something
But I do agree that knives and grenades needs to be changed 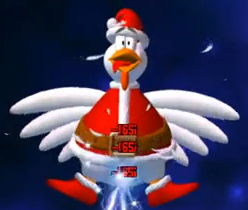 and the superchick wear this Santa Claus skins? 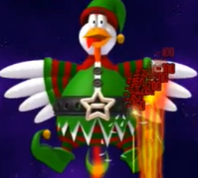 Hmm… can you make this rely on ghost trail color, or at least make it customizable through spacecrafts?

“With very few exceptions, I only re-used ready Xmas content from previous episodes that did not require re-rendering of changes in the behaviour. Superchick/Infinichick would require re-rendering due to the moving eyes in CIU. Special Forces/Party require changes to the code.”

What about making it customizable (for free)