If you can’t start a mission because you get the “ Other side closed connection ” message, it’s because you have mounted more equipment than you own. I’m not sure how this can happen, but as a workaround in the meantime, unmount everything from your Mission Config and try again.

Also, it’s very important you report any “ looped sounds carry on playing ” that happen to you with this version.

Another maintenance update. The main change is the addition of Christmas content, because… you know, Christmas. Oh, and Absolver now has a “max power” level.

This is the first version in which you can select a permanent language for the game. There are some things you need to keep in mind, however:

the “party” is a space burger if anyone wonder
that specific space burger has special effects, lots of players docking arround it and some kind of music i can’t really hear 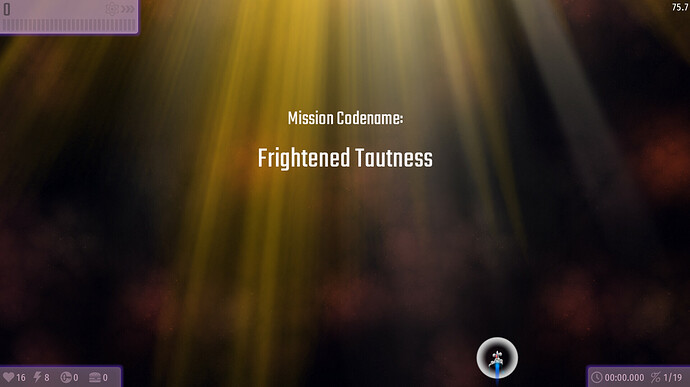 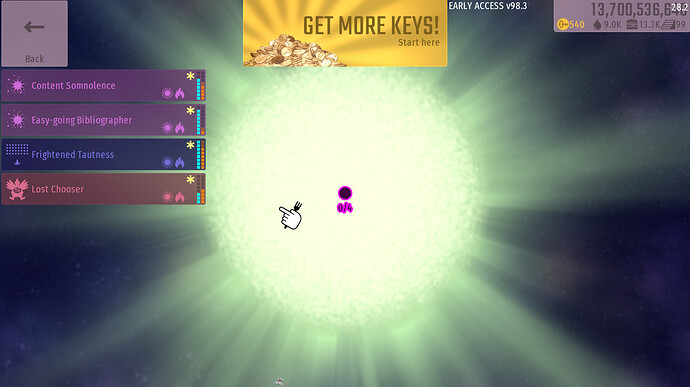 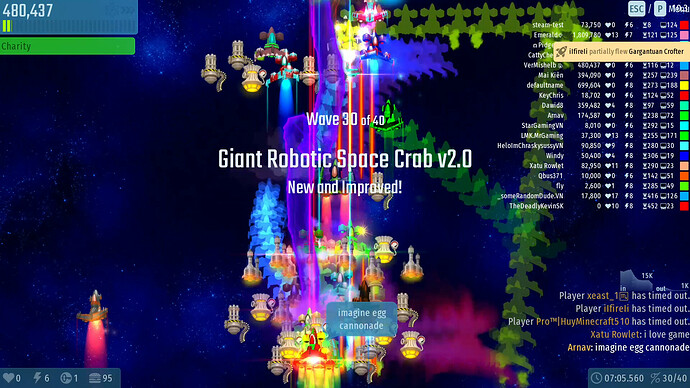 image1920×1080 515 KB
@InterAction_studios can you make the multiplayer leaderboard toggleable with a keybind?
In this image the leaderboard is taking a lot of space which will cause confusion for sure
2 Likes
Recruit_75 December 7, 2021, 2:41pm #8

I’m more disheartened by the overwhelming green tint that it has, I’ve already suggested removing the green tint from stars since green doesn’t exist in the natural spectral classification, if green stars were to be added, they need to be a separate fictional class of stars.

1 of the weapon are bypassing the egg texture. is this intended? 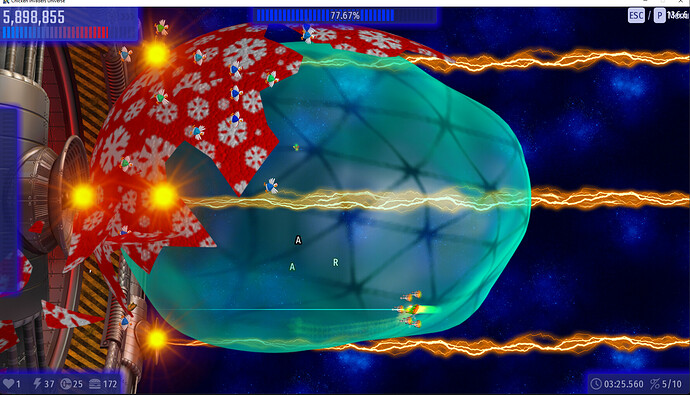 well it came out the same time the other weapons did

You forgot to put a

by the overwhelming green tint that it has

There is no green color in my gradient. This is an artifact when transitioning from yellow to cyan in RGB space. I don’t know if/how this can be easily fixed. I’ll give it some thought.

Also, should we have the Christmas textures of Military Chicken (Special Forces) and Clown Chicken (It’s Party Time!), iA?