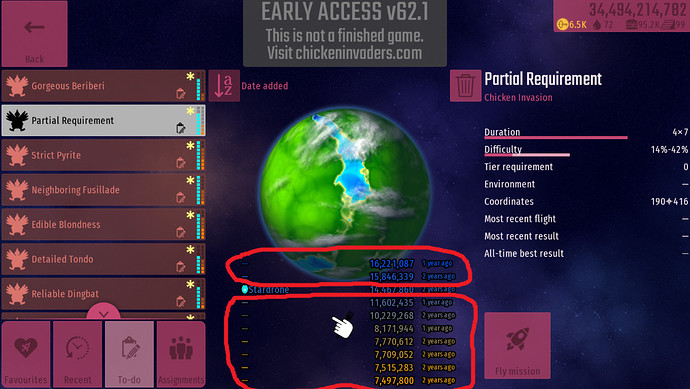 Not going to happen

do not try to ruin the exclusivity

Chatting place if you’re gonna speak about CI. this topic is for reporting bugs and suggesting ideas.

Can I get my Medal Medal now?

where are is mein medaol medal

is cut from up (look closely)

As expected. Just because you “delete” your account doesn’t mean it disappears from the galaxy.

now look . there is a wormhole . the wormhole is lower but it isn’t there

Unclear. What changed between your first and second screenshots? Also, which wormhole is this? Name or coordinates.

the “early access version 62.1” is in there but
now it is not there

The Early Access banner disappears whenever a dialog appears. This is by design (to avoid the dialog overlapping the eventual ad banner).

Not easy to do. Pass.

No. Just hide it using the “In-game Help” checkbox (in Options -> Gameplay)

an the new contact massage’s color be different too

It is already different:

Anyway, message colors are determined automatically (not manually), and it’s possible that two colors are very similar to each other.

No, because it’s already a “Double Team” in a sense.

No newcomer is ever going to have that problem

I noticed that the 2 bosses that mostly appear at Double Team are Party Time & UCO #1.

UCO and Crab might indeed appear more often (because it has many variations), but Party Time has the same chance as everything else. It’s probably a randomizer fluke.

There’s a problem with the message expirations. Investigating.

Can you add a spacecraft hitbox viewer at mission config screen

Hitbox is an implementation detail which has no bearing in the game lore.

What about extra lives?

Uh… that’s been there since CI1.

Can satellites’s slot color be customized

Not currently. But I’ve added it to the list (it won’t be a separate color, it will probably just inherit your engine’s color).

Hm… perhaps it was made with an exploit, that was later patched. In any case, I’ll clear everything older than 6 months

It is already different:

New contact message looks like an mission assignment message in the color, that’s what I meant, I wanted one of them’s color to be changed.

There’s a problem with the message expirations. Investigating.

Can it be fixed? And how long does it last now before it expires?

I think he meant when you search for contacts, CHL badge doesn’t appear in the search list.

Also I got all medals before Ironman medal got added. So if I showed all my medals you could’ve assigned the medal medal to me? Also gabytzu doesn’t have all medal now, so should he still keep the medal medal?

Why I can scroll up and down while the top-1 is loading? 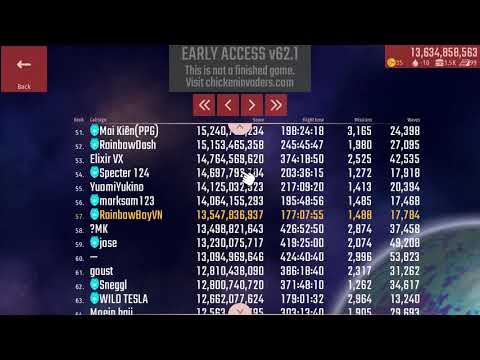 Could we have a top countries or top pilots in a country? (In profile choose your country for showing this)

I’m more questioning the fact it takes that long to load for you.
Size of top list is constant so probably another thing for the sake of simpler implementation.

Oh, negative fuel is easy to get

I assume this isn’t very important to fix, since it can’t be exploited and you have to buy fuel to be allowed to fly between star systems again

Because By Me Ia Says Called Cheat Engine

Logs show you have been using Cheat Engine, so anything is possible. Won’t investigate.

Don’t know if it’s been already reported, but the time since I played the mission hasn’t updated at all on the top 10 list? I rebooted the game and still didn’t update, in case it was a local thing. 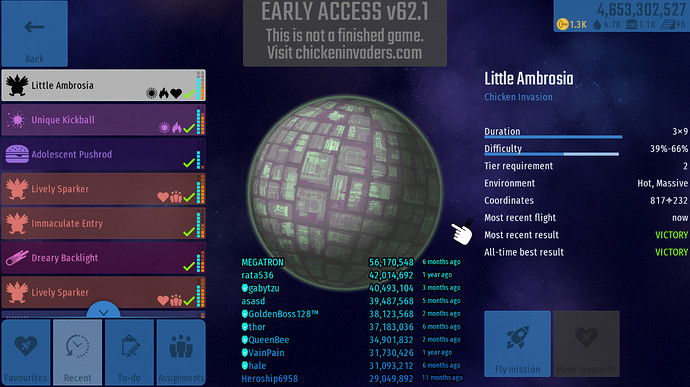 If your previous score is better than your recent one, then it doesn’t get replaced

Logs show you have been using Cheat Engine

Yes
About Not Cheat Engine
@EmeraldPlay Is Correct

Considering I didn’t beat the mission last time, I highly doubt my score were higher. Moreover, I don’t recall seeing myself there.

Not sure, but top list may be updated at midnight so you’ll see your result tomorrow (7 hours more) if it’s high enough.