This is a short but important update.

Nice add, I’m happy that the accounts are finally in game

You know, I’ve been noticing something for a while if i turn the brightness of my monitor all the way up. The transition of a mission ending doesn’t completely fill the screen. It ends in the middle but you can still see some of the space background showing.

Maybe the logged in e-mail address should be hidden somewhere else? It shows up on the pause screen while in the galaxy and that’s something a lot of people might accidentally include in their videos/streams. At least the game asks for a PIN confirmation if you try to link them

Also about tutorial level: can there be the same time-out thing as for “surrender” button so someone won’t accidentally skip instructions while firing? 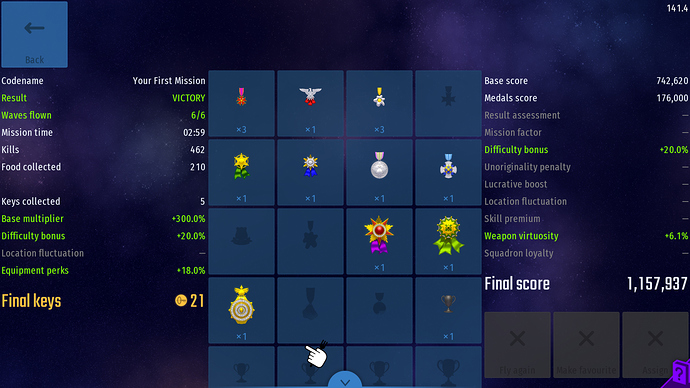 (And it gives you stats even thought you can’t die?)

And about e-mail system. I think it would be better to add confirmation for linking account so one typo in e-mail couldn’t ruin the whole account.

Hmm… good point. I’ve removed it for now. It only briefly appears while you connect to the server.

“Your First Mission” result has no Early Access banner for some reason.

This is because it’s still technically running as part of the introductory zoom (which doesn’t have a banner either). Acknowledged, won’t fix.

(And it gives you stats even thought you can’t die?)

It’s necessary to show the outcome screen so it can be explained. You mean it shouldn’t affect your career stats? It’s negligible.

about tutorial level: can there be the same time-out thing as for “surrender” button so someone won’t accidentally skip instructions while firing?

I’ve considered this. I think it’s a burden for something that won’t be necessary 99% of the time. You can always correct your e-mail while you still have access to your account. If you never realize it’s wrong and you lose it, then yes, you’d need to e-mail support to fix it. But I hope that’s going to be rare.

Maybe this might be an odd suggestion but could you add a text in the frame “Accounts”? I just got used to seeing text at the top in every single sub-menu. 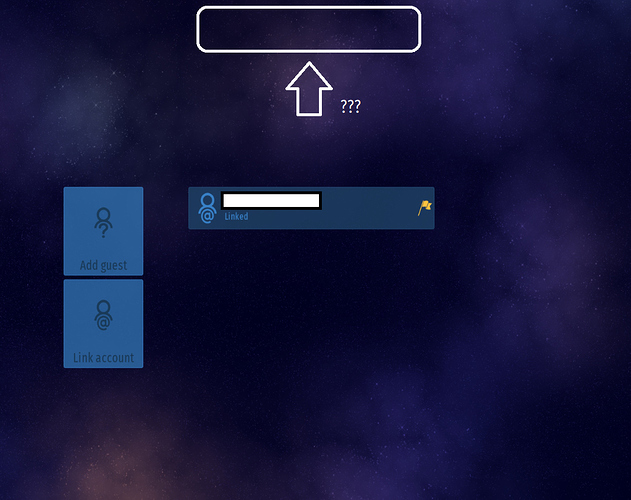 could you add a text in the frame “Accounts”?

I’m happy that the accounts are finally in game

Can’t download the new version. The link just opens a new tab and closes inmediatly. Anyone else with that issue?

Got it, the link opens when you copy and paste it on the address bar!

Love you my man, it works perfectly. Thank you.

I think it would be nice to add an outline or glow when you mouse over clickable buttons. Just for a bit of looks.

I was flying Weekly Challenge and changed from “Borderless” to “Full screen” and suddenly the game closed and when I logged-in I was back at the map.

Also why some emojis not available in CIU:

Also why some emojis not available in CIU:

Probably because the game is not supporting most of the emojis, but some of them. (Well, i can’t really tell what is supported and what isn’t, but that’s what i knew)

Hey iA, how about replacing the CI4 victory with CI5 victory in tutorial for giving the music a purpose?

add an outline or glow when you mouse over

I want to avoid mouse-over things since they won’t be available everywhere (touchscreens, smartphones)

changed from “Borderless” to “Full screen”

This happens when you switch to full-screen while a “fancy” CI5 messenger is visible (i…e., wave title). Will fix.

why some emojis not available in CIU

I could… I don’t understand how CI5 victory is better than CI4 victory, though. A “purpose”?

Because CI5 victory is never heard anywhere in the game. Only if you buy it from the store.