It was already said before:

it’s better to just stay within that gap between the feathers instead of repelling them.

just see the gap you are on

Can’t you read earlier replies to check if the reply you’re going to write has been said before or not? (No offense tho)

ok mina i will delete it

Unless you’re on electric environment

i didnt even think what this whould possible, this misión was my favorite in all the ci series, and with this update, i still loving them

Sometimes coward chickens do not throw waste at the player but in the opposite direction to the direction of their flight. 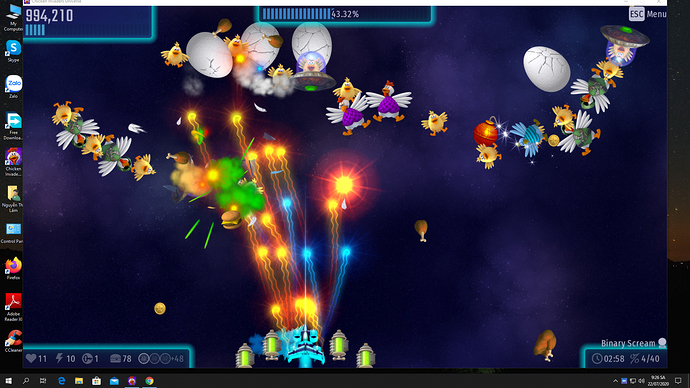 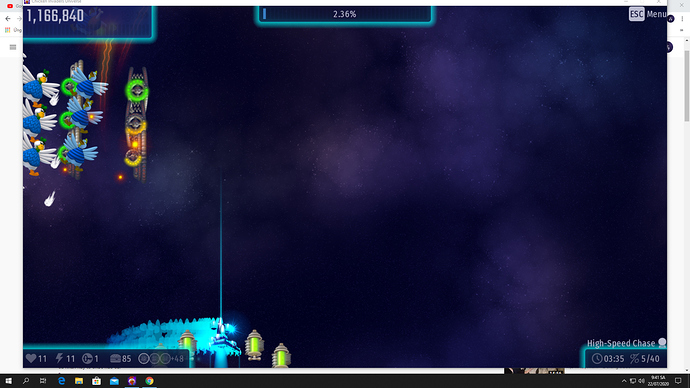 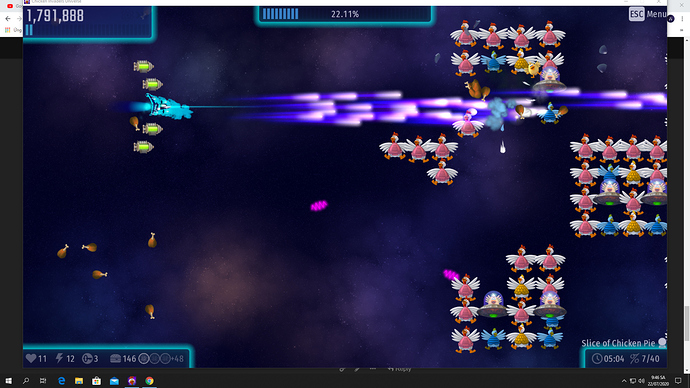 Sometimes coward chickens do not throw waste at the player but in the opposite direction to the direction of their flight. This happens when I shoot them the moment they appear.

The bug what you reported in Feather Fields was in all waves:

Now, seems like many people want it for the galactic store 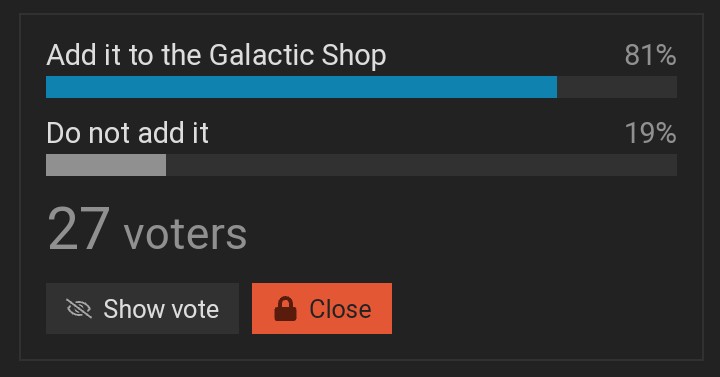 Now, seems like many people want it for the galactic store

I think you should put the poll Public, to know how many people voted for one side and for the other side

I think you should put the poll Public, to know how many people voted for one side and for the other side

Right Point, i Will try if i can make them public without discard the votes

EDIT: sorry, i cant change it now, so, i make this another poll what its the same, but public, the other old poll still here

Hmm … should the barrier from “From Cover to Cover” wave become indestructible? Because it can cause inequity in competitive missions

I suggested it from the previous version, no response yet though.

The amplified sound effect of some weapons, specifically the automatic ones like Plasma Rifle and Lightning Fryer stay even if the Damage Amplifier effect has already expired and the player didn’t release the fire button yet. The sound effect only changes to normal whenever a new enemy was hit or the player stopped firing. Probably suggesting changes on the From Base to Base wave as well. It has the similar issue with Chicken Vending Machine (pre-rework) in which to get the most points, the pl…

Can you make lightnings occur even between the waves

I can’ do that, because lightnings are enemies, and they can only occur within waves (in fact, one of the bugs is that too frequent lightning can hold up the wave and prevent it from ending.

the weapon should be overheat 20% slower

Currently, the only reason frozen environments are worth more is due to frost obscuring your vision. If weapons overheat slower, it would nullify the frost, so frozen missions would be worth just the same as regular missions (or perhaps, even less).

a health bar at Henlley’s Comet, it should be removed

should the barrier from “From Cover to Cover” wave become indestructible

I’d like to keep them destructible because it provides an alternative way of finishing the wave.

How is it supposed to work?

Then it overheats faster and therefore should be red as evidence of full power!

Red lightning is a thing, but it’s actually much weaker.

Lightning is electricity. The oldest know form of electricity to mankind, actually. You’ve either bunked physics class or haven’t passed fourth grade yet.

Well, I could go on a tangent about how someone normally isn’t this cheerful unless their childhood has ended… but my above statement is enough proof, I think.

I am aware that the game in question has you adjust a planet’s orbit with an outsized fan, but a line has to be drawn somewhere when it comes to realism.

I’d like to keep them destructible because it provides an alternative way of finishing the wave.

But can we make the ones that you cannot destroy without a satellite/Vulcan indestructible?

Sometimes some feathers are not destroyed when the bomb explodes

hmm…I just met a wave which have a safe zone and 4 anomaly zones in that safe zone. What its name?

Should the health bar be removed from “It’s the Mother-Hen ship!” too?
Also when using Riddler at massive missions

the mouse sign appears, is it a bug or normal? 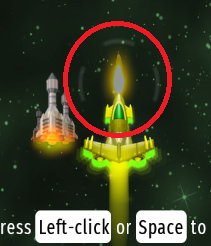 Also why does it count for a name change if adding a space only at the beginning/end of the original name? 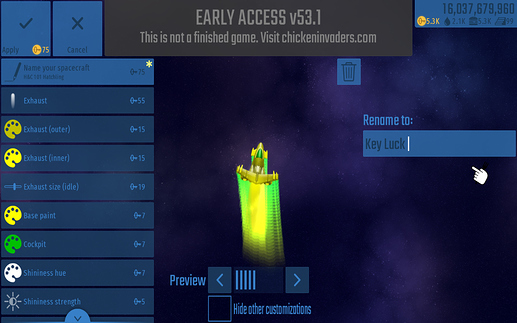 And when using Riddler at massive missions

the mouse sign appears, is it a bug or normal?

I think it’s normal, since the ship is being pushed behind by the weapon.