After two long months, the new update is here. The reason for the delay was (i) life and (ii) Google. I can’t rant on life, but Google decided to use some fancy new automated system to check for policy violations on Android apps, and that fancy new automated system could not load any InterAction studios games properly. So it did the sensible thing and automatically flagged them as violations.

Needless to say, it took a looooong time to track this down and fix it.

Anyway, as explained elsewhere, there aren’t a lot of new features in this update. Due to an… ahem… “user error”, the source code to the v.29 server was lost, so this update is technically two updates rolled into one (v.28 to v.29, and v.29 to v.30).

Looking at the changelog, there are two new chicken breeds “Berserk” and “Assassin”. For the life of me, I don’t remember ever implementing them, so you’re on your own. They could be buggy or game-breaking. Damn that Alzheimer’s

Also, the new HSB color selection allows you to paint your spaceship with the precise color you want (within some limitations).

To all the folks out there happy for the mission type sort option - you’re welcome. 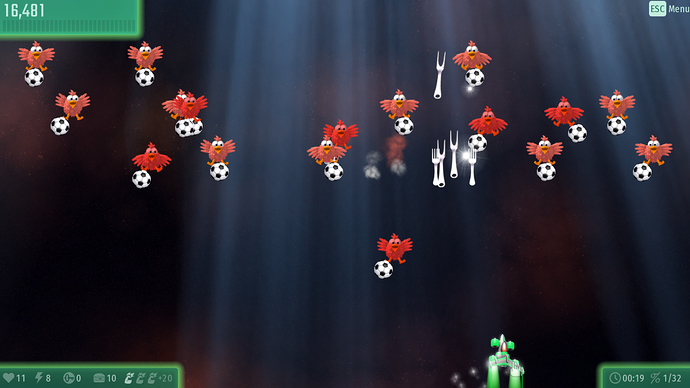 You can’t grab pointer in HSV color selection. Is this intended? I suggest just to increase the field we can grab to make it a bit larger at the bottom.

Those new chicks are a bit too rare.

Oh, and as for Berserk chicks, I think they should be faster.

Thank you very much

So coward chickens are supposed to shoot at player’s location, but in Squawk Block missions these guys shoot at left for some odd reason.

Oh yeah and i think that there are too many coward chickens in these missions. How about uh… make them appear rarely?

Wow…so I just fought the henlley’s comet, and…something kinda unfair happened. It entered its last phase, and the rows of comets started going up. So what is the issue here? The huge comet also decided to go upwards(it was at the bottom at the time) at that exact time, in the only safe spot…it was literally impossible to dodge.

Also… How about adding a wave with Berserk Chickens only? (something like CI2 BC waves)
Of course porting CI2 Berserk Chicken waves will be just fine, but seeing new patterns would be awesome as well! 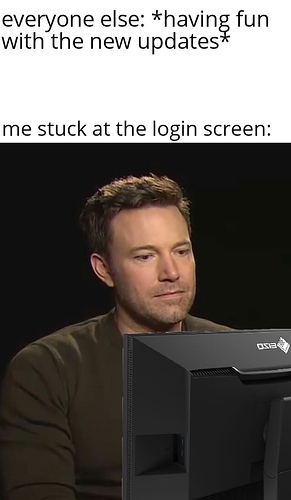 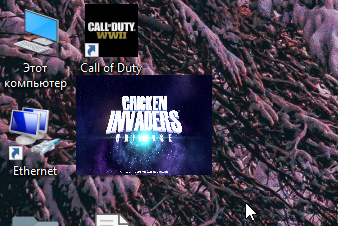 @InterAction_studios . I can not start the game. I downloaded the update, I click on the icon - it blinks on the taskbar, but the game does not open. After copying the data, I tried to reinstall the game - the effect is the same.
the old version starts up, requiring updating. After the update - does not open.

@InterAction_studios Why the coward chickens making CI4 chick noises? Sorry if I am wrong but i thought that they will make only CI3 easter regular chicken sounds. P.S: I am not supposed to be here, but I have to request this.

Wow, I haven’t checked this game in a long time (since ver.15) and I think it looks all great so far!

I’m not sure if this is possible but is there a chance I can recover my account “Drax47”? I have reinstalled my windows and I forgot to backup my save files

What are the specifications of your pc

I cannot play CIU because Failed: Connection timed out when it’s from 8pm to 10pm

is it me or what?