Content-wise, the main change is the addition of three new chicken breeds (Slob, Toxic, and Coward). Each has its own unique mechanics. I won’t spoil anything here – you’re welcome to comment on them after you’ve encountered them in the game (they start appearing in difficulties >40%).

In terms of mechanics, key boosts for several mission types have been scaled back to 100%. They’ll be adjusted back to reasonable values in the coming week.

Technically, the major addition is “borderless” mode (which is in fact the default now). The whole Graphics -> Advanced options screen has been redesigned. Let me know of any weird graphical behaviour.

In other news, Noob October has been postponed for now. In fact, due to unforeseen circumstances, development might slow down or even be halted completely for the upcoming weeks. We’ll be back to our regular programming (literally) as soon as humanly possible.

I found 2 already, though I’m not sure what one is exactly.

Those toxic chickens might be a bit problematic if they were to spawn on waves like Pulsating Grid.

We had the same thought.
The first time I saw them I developed an instant phobia. They haven’t gotten me yet, but the will be problematic indeed.

They are prevented from spawning in certain waves (Pulsating Grid included)

(they start appearing in difficulties >40%)

You sure? I believe they start appearing on difficulties higher than 40%

But…that’s exactly what they said.
Or that’s what they meant,at least

That’s the “less than” symbol. I interpreted as they stop appearing over 40%.

Edited my post because i just noticed that,but I’m pretty sure they used it the right way. Try putting any number on the left. Like 41%>40%. You’ll see that’s actually correct

That’s the “greater than” symbol. It means they appear at 40% or higher.

Which is not to say that you’ll definitely encounter them on all waves greater than 40%… the randomizer comes into play as well.

If you’re in doubt,you can always add a number on the other side.
Try for example 45%>40%. You can see that it makes sense.

Yeah, just… I don’t know what I was thinking.

Okay, found toxic and one I will guess it’s the coward. I need to find the third.

Jokes on you, I’m currently sick in bed. 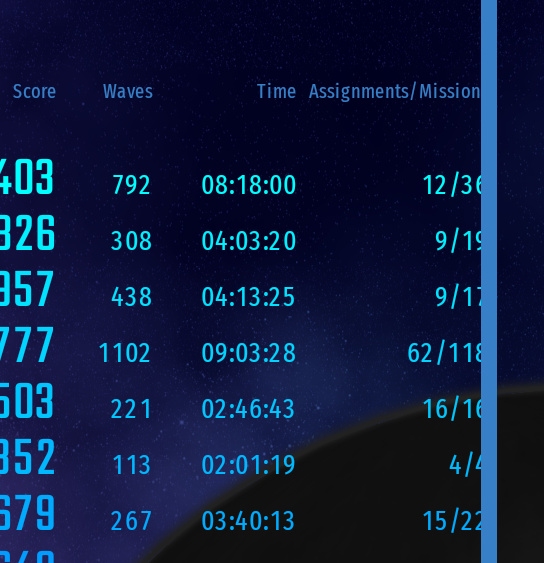 Oh! Get well soon my friend.

I encountered all three of them. I first encountered the ‘coward’ chickens (quotes because I encountered the 3 by 3 wave and these chickens were firing coordinated barrages of waste, even though they weren’t a real problem, I brought it up because cowards are generally not as well coordinated when firing than other other people.)
Then the toxic chicken came (by far the easiest to identify), in Terminator chickens they complicated things a little bit but still got out alive.
Finally I saw the slob, but I killed it before it could do anything :frowning.

And this all happened in one mission, and I died twice, one willingly because I wanted to know the effect of entering the toxic cloud that forms after those toxic chickens die, and second, the Henterprise’s secondary lasers got me.