v27.3 UPDATE
An emergency client-only update has been released to correct the “looping sounds keep playing even after they should stop” bug. This is an optional update and you will not lose any progress. IF THE LOOPING BUG HAPPENS TO YOU AND YOU’RE USING v27.3 LET US KNOW IMMEDIATELY.

v27.2 UPDATE
An emergency client-only update has been released to correct the “sounds play at the wrong frequency/pitch” bug. This is an optional update and you will not lose any progress. You can download it from the usual place.

A lot of small bug fixes and improvements in this update (refer to the changelog for details). This update is released slightly ahead of schedule because development will be suspended over the coming week (holidays). Hopefully it has enough improvements to keep you going until the v.28 update.

Clucker Bomb: A new special weapon has been added – it dishes out damage in an entirely different way from any previous special weapons. Test it out and let us know if it’s over/underpowered, over/underpriced etc.

Mission randomizer: The wave selection algorithm behind the mission randomizer has been changed. A significant number of waves now do not appear in lower difficulties (0%-30%). Due to this, all easy/moderate (+some hard) missions have been affected.

Some changes have been made to the sound library (again) to fix the “looping sounds don’t stop playing” bug. If you notice the same problem again in this version, please let us know immediately.

Medals for ideas/bugs will be awarded later today. Note: If you’re using a different in-game callsign than your forum name, then you cannot receive your medal unless you let us know what your callsign is.

Liking the update a lot so far and Clucker Bombs seem fairly useful, but IMO Appetite Attractor should only attract fire powers / same present as your weapon. This way, you wouldn’t have to deal with attracting any unwanted weapons on tight waves.

Gifts/powerups are now drawn on top of explosions

What about egg bosses which cover screen with scrumbled egg?

Good holydays @InterAction_studios !
You deserve it a lot! 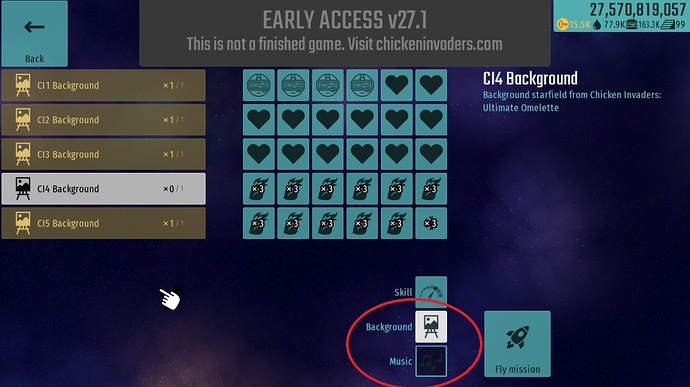 They’re drawn on top of everything, including those huge splattered eggs.

the clucker bomb is awesome

I hear Looped sound of UFO (After wave “Technological Advances”)

I will write if i hear looped sound again

what does contacts do ?

Result: Looped sound disappeared
BUT, i heard it

The coins from supernova debris are visible through them? Its intendent? 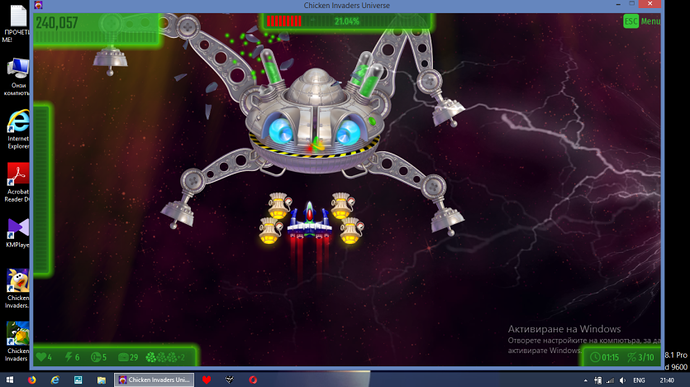 Explosions and other post kill effects such as scrambled egg.

I vote for making it an option, because this is even better.

Yeah, I noticed it too. Powerups should remaind covered by enemies on screen, but on top of kill effects.

Okay, with these suggestions, how should powerup spawn be treated (covered) in future versions?

I think its intended

I noticed a bug with ICBM rocket satellites mounted fire no matter which button you click …
right,left or spacebar