The main change in this update is the addition of asteroid belts to the galaxy, alongside their Meteor Storm missions & boss.The galaxy has been partially regenerated in order to make space for the new asteroid belts. Existing star systems have been moved around, so if you weren’t docked to a planet you may find your spacecraft floating in space!

This is a very delicate update. We tried to avoid a full galaxy regeneration, but this might cause things to not work as expected. Let us know if you encounter anything weird!

Medals will be awarded later today. 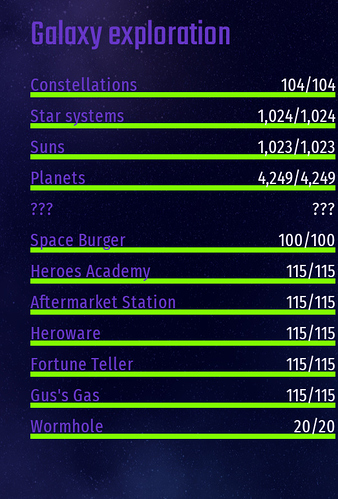 nice, my bug thing got in
also Way hype for the meteor storms, i’ve heard there’s one somewhat close to where i am, let’s do this 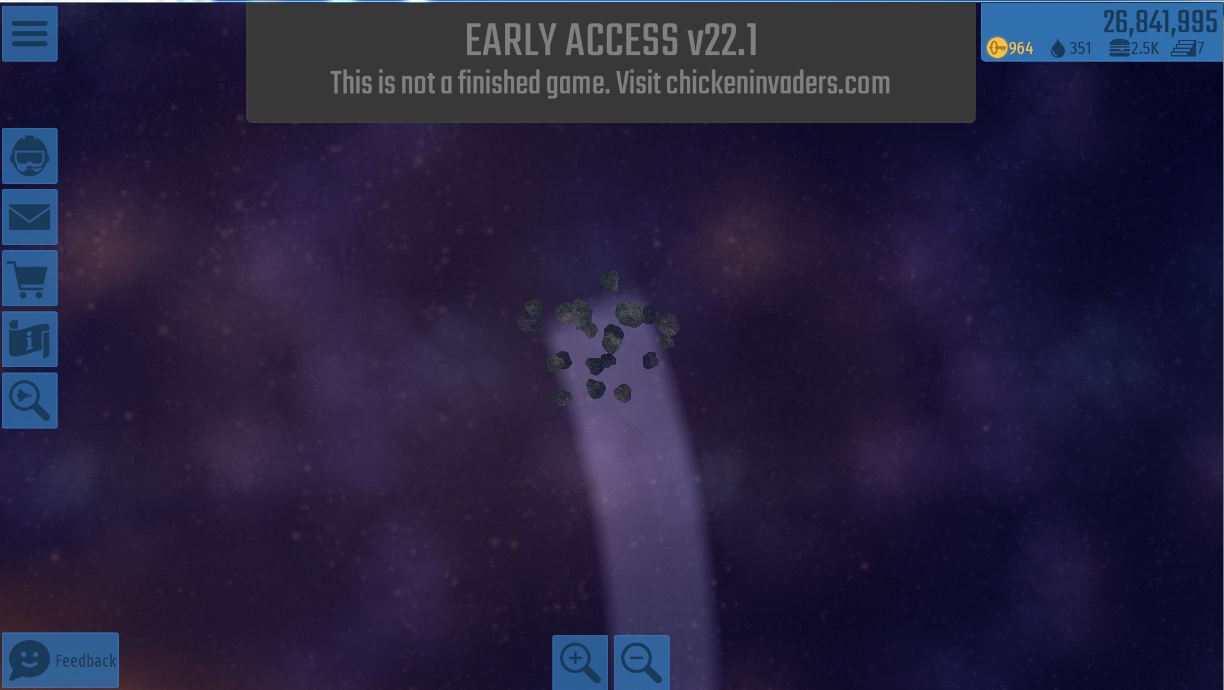 Spoil it to me, in private messages if noone wants to be spoiled.

Is it possible for the meteors to come from behind? 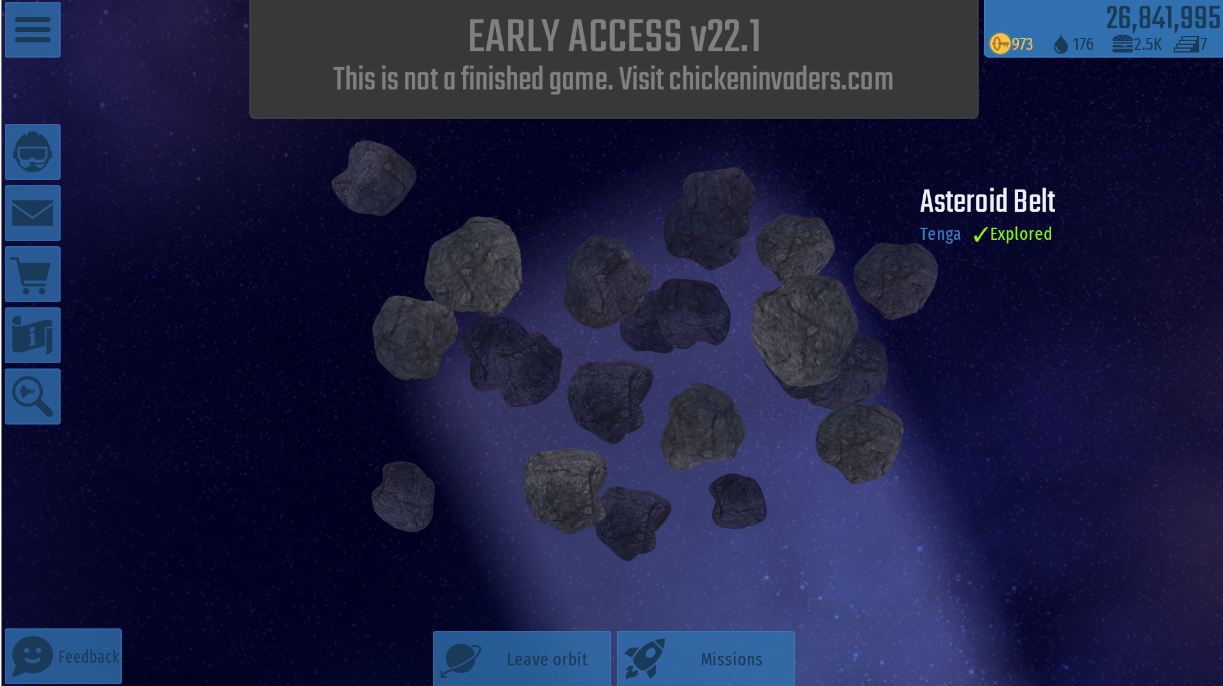 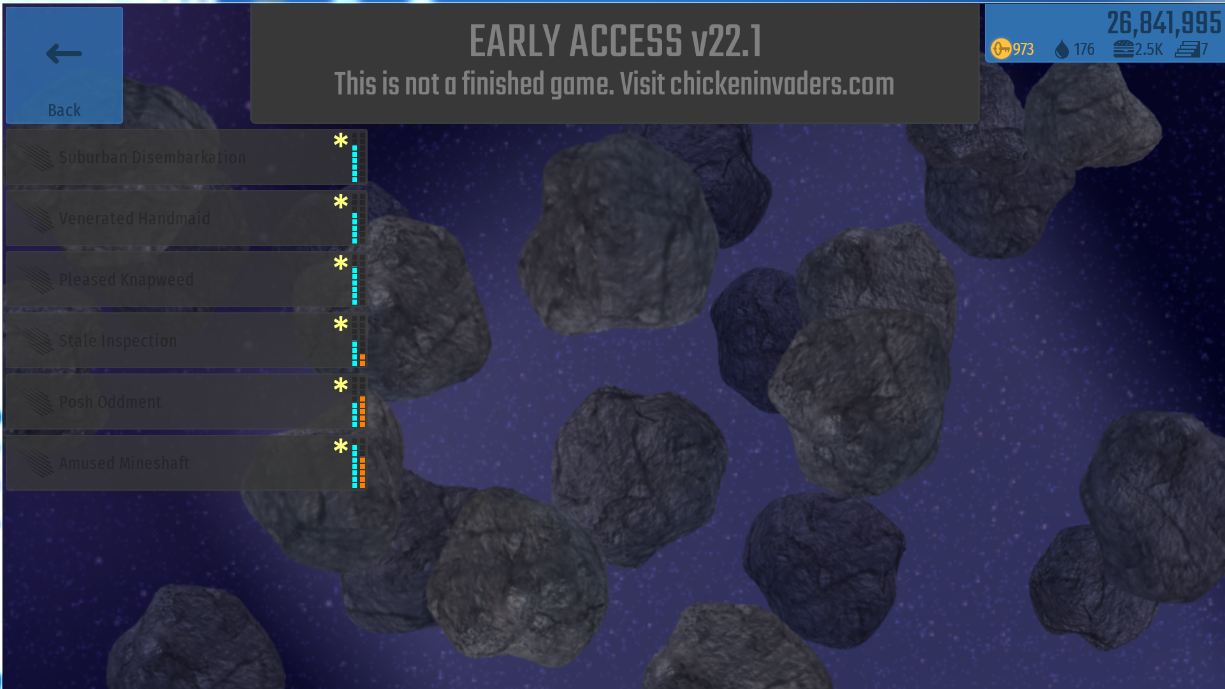 Are you asking? Or suggesting?

I’m just asking. I wasn’t able to find that yet.

No. I did some experiments with asteroids coming both from the front/behind, but it was crazy hard… perhaps something for the Universal Grandmaster difficulty? 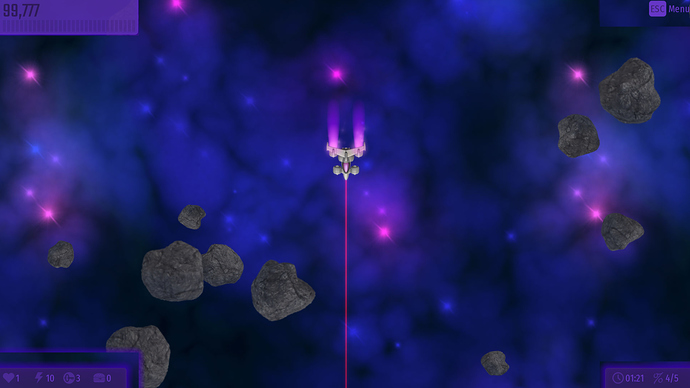