Yes, yes, I know. This is an unexpected update, but there were some fairly significant bugs that required fixing. Plus, you get to hear the new music from 2dB earlier, so why not? There are 3 wave tracks in total, plus one boss wave track. The “Hugo the Great (Boss)” track which you might have heard on YouTube has been demoted to a regular wave track, and a new boss track “Chilli Wings” has taken its place. It has already been assigned to certain bosses in-game, but you can naturally also preview the music in the Galactic Store. You’ll also get a bonus 4th wave track coming by the end of the month.

Also, due to some internal equipment re-organization, mission presets have been reset.

Still have’nt seen the update, I’ll check it out!
Idea: If a Multiplayer game is paused, can it still show the players’ name FPS etc?

Hello. I could not report this in the Early Access v115.1 topic because it was closed, but there is an UNSPEAKABLE bug that straight up RUINS the gameplay and prevents people from enjoying the game! You won’t believe me how TERRIBLE and Game-breaking this bug us

This all started when I was born back in 21XX. I was just a reggular pumpkin that wanted to defeat the evil Chicken Henpire’s feathered victims of the tyrannical regime of Commander-in-Chief Captain Rooster the XIX, as well as the Henperror himself! Not that it was close to possible due to how smol I am. When I was 7, I have been gifted with a small toy car that of course changed my life forever and probably exploded a star few light years away. This was the time where I, being small and pumpkin, realised that tea is pretty nice and I approve coffee violence for the sake of making the amazing orchestral audio tracks, just like 2dB Music Production did. That was inspiring, so I decided to buy myself a kettle when I grow up. Seven years later I’m a successful pumpkin who can drink tea and play piano. Everything I could have wished for! But that was not enough. At the fifteenth of August, twenty eighteen, seven minutes past zero o’ clock, in the midnight, I have registered the second account ever in Chicken Invaders forum before I was hit with registration issues which were quickly resolved by InterAction studios himself. I knew exactly what I was going for. I wanted a revenge. A revenge on the whole chicken kind, for inventing coffee, for putting sugar to cups of tea (disgusting!!!) and for making chicken invaders four version four point zero zero profiles data break the user name of players that try to import it to four point twenty two steam edition…

Oh, sorry, I got distracted.
Here’s the bug: the pause time timer cannot exceed the 36 hours mark. I’ve tested this in real time for two days, as may have been seen in Chatting place before. Here go two screenshots. One shows the time when I’ve started the game (the black thing above the message says “Wednesday, the 3rd of August, 16:54”) as long as the screenshot from it back then. The second screenshot was taken today and it shows my main account “VerMishelb

”, that holds the game, and “mish test stuff” account that’s just a guest created a little time ago for the sake of doing whatever iIfireIi usually does and it also shows the time on the bottom right of my screen. The game still thinks I’m paused for 1 day and 12 hours and doesn’t go any further, even though I’ve been paused for a bit longer. Pls fix, literally unplayable. 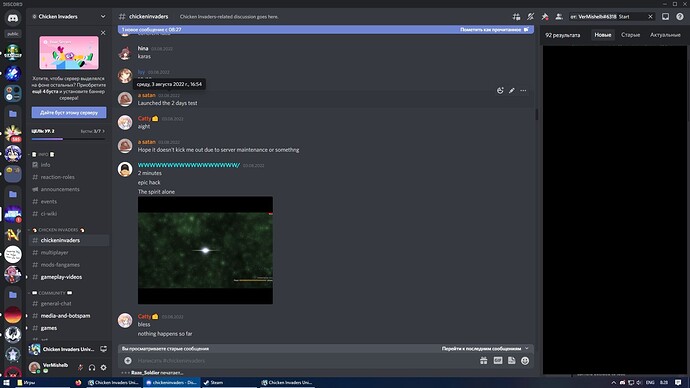 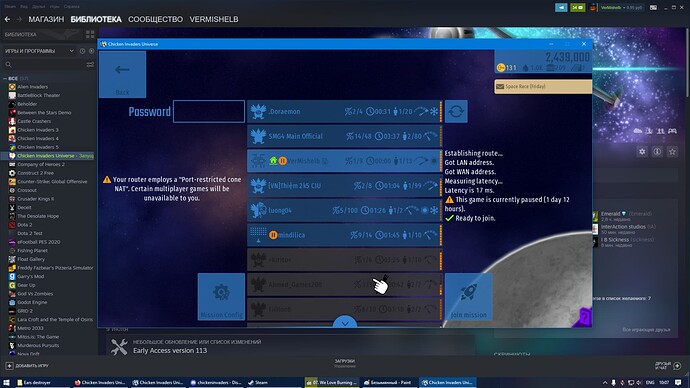 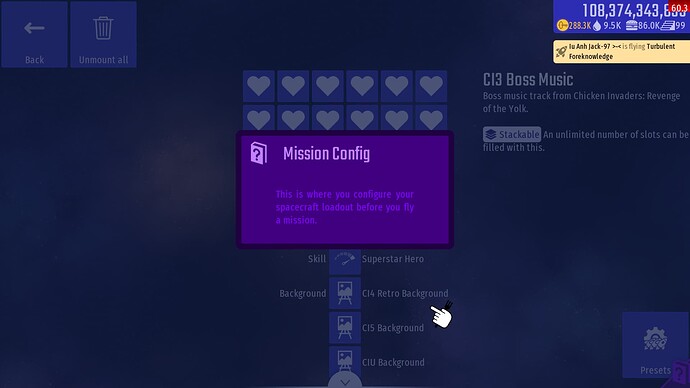 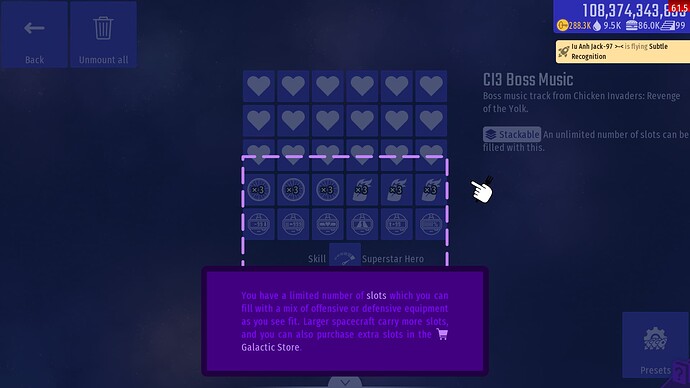 Wasn’t Hugo the Great supposed to be a boss music ?
Instead it’s Chilli wings. Maybe IA changed his mind ?

Here’s it getting overheated

lmao, it’s only fit when you’re preparing for a mission 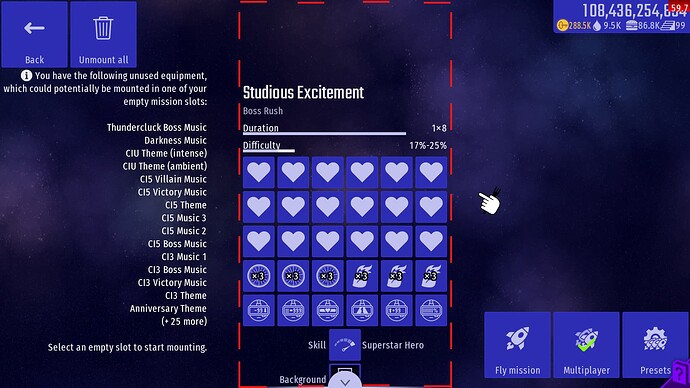 For both the Mission Config and Mission Preparation screens?