This was actually one of my initial considerations (but was omitted from the posts because the text was written several days later and… I forgot). I don’t think saving is appropriate for this kind of game. It’s a repeating game where you’re just meant to collect points, not to go through a plot or reach any kind of end goal.

It would also introduce a “save scumming” problem. Although this can be mitigated (as subsequent episodes do), I felt it would be too much effort for something that was a poor fit to begin with.

That’s only part of it. Encryption helps with prevention, but not detection. The “Save scumming” mentioned above is also part of anti-cheat, but encryption won’t help with this problem at all.

Which frame rate should the remaster use?

Strangely, although there is code to award extra lives, it seems it was never used. For faithfulness reasons, I can’t add it to the remaster.

perhaps “extra lives” could be a “gameplay” option then? perhaps with a score penalty (-50%?) of sorts for breaking faithfulness?

speaking of score, the game seems to forget my high scores after i quit the game for some reason:

What! Does it always forget them? Or only sometimes?

Maybe the game can’t write to the high score file for some reason. If it never saves any scores, try deleting C:\ProgramData\InterAction studios\CI1\ia\0\CI1.hst and trying again.

Seems to always happen for me. Will try your fix when I can

If it never saves any scores, try deleting C:\ProgramData\InterAction studios\CI1\ia\0\CI1.hst and trying again.

Okay, that works. Not sure if it’s a temporary or permanent fix, though.
Any idea what causes it?

I know this is out of the “remaster” thing, but it would be nice to change the main music between [Invasion Anniversary] and [Big Jim - OS2 Warp Speed]… 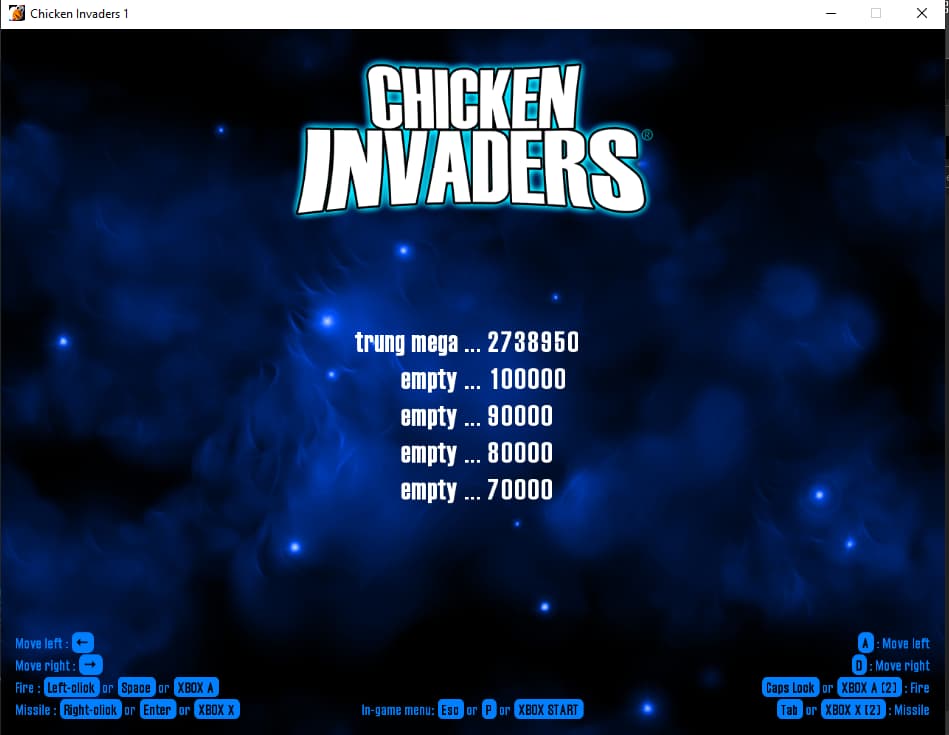 I have an idea: what about an option to change the Ion Blaster color from green to red (like in the other games)?

Which intro elements should look exactly like the original CI1?

Any idea what causes it?

Not really. It’s most likely one of the following:

Do you still have the problematic .hst file in your Recycle Bin? Can you try undeleting and looking at its properties (check the “General” tab for the read-only flag, or the “Security” tab for the file’s owner and permissions)?

Do you still have the problematic .hst file in your Recycle Bin? Can you try undeleting and looking at its properties (check the “General” tab for the read-only flag, or the “Security” tab for the file’s owner and permissions)?

Only difference i see is that my own personal user account is not in the security tab.

Well, I tried using an autoclicker. It performed best at around 30ms intervals. Narrowing the intervals between clicks (and thus clicking faster) actually make me firing much slower. I suppose there’s a speed-limit for clicking so that if I click too fast it won’t fire respectively. How can you explain this? What would be the actual best intervals to fire fastest?

What do you mean? That the high scores were reset? Or is there no .hst file at all in the folder where it’s supposed to be?

Basically, your fix worked, but it was temporary. The hst was deleted, which made high scores work again. But at some point, it went back to forgetting scores again.

Have a look at the properties of the .hst file again. Is your username listed in the “security” tab?

Also, make sure you’re looking at the right folder. Previously it was in “0” but now it’s in “1”