Smoke, a good way to represent rumbles, explosions and such.

But there’s a thing that annoys me:

Usually, because of blinding smoke, it’s about 75% of the cases of why I pick a weapon I didn’t want to get and about 50% of times why I die in boss waves via a hidden egg, chicken etc. (mostly Chicken Multiplicity).

I’m talking about smoke that appears when you destroy a boss and that stays on screen for about 3-4 seconds and then you wind up with Ion Blaster in the middle of a battle with Twice Infinity.

My suggestion would be either to make it semi-transparent, speed it up or make it smaller because it really messes me up quite a lot, and probably, most likely, other players too.

I’m talking about this: 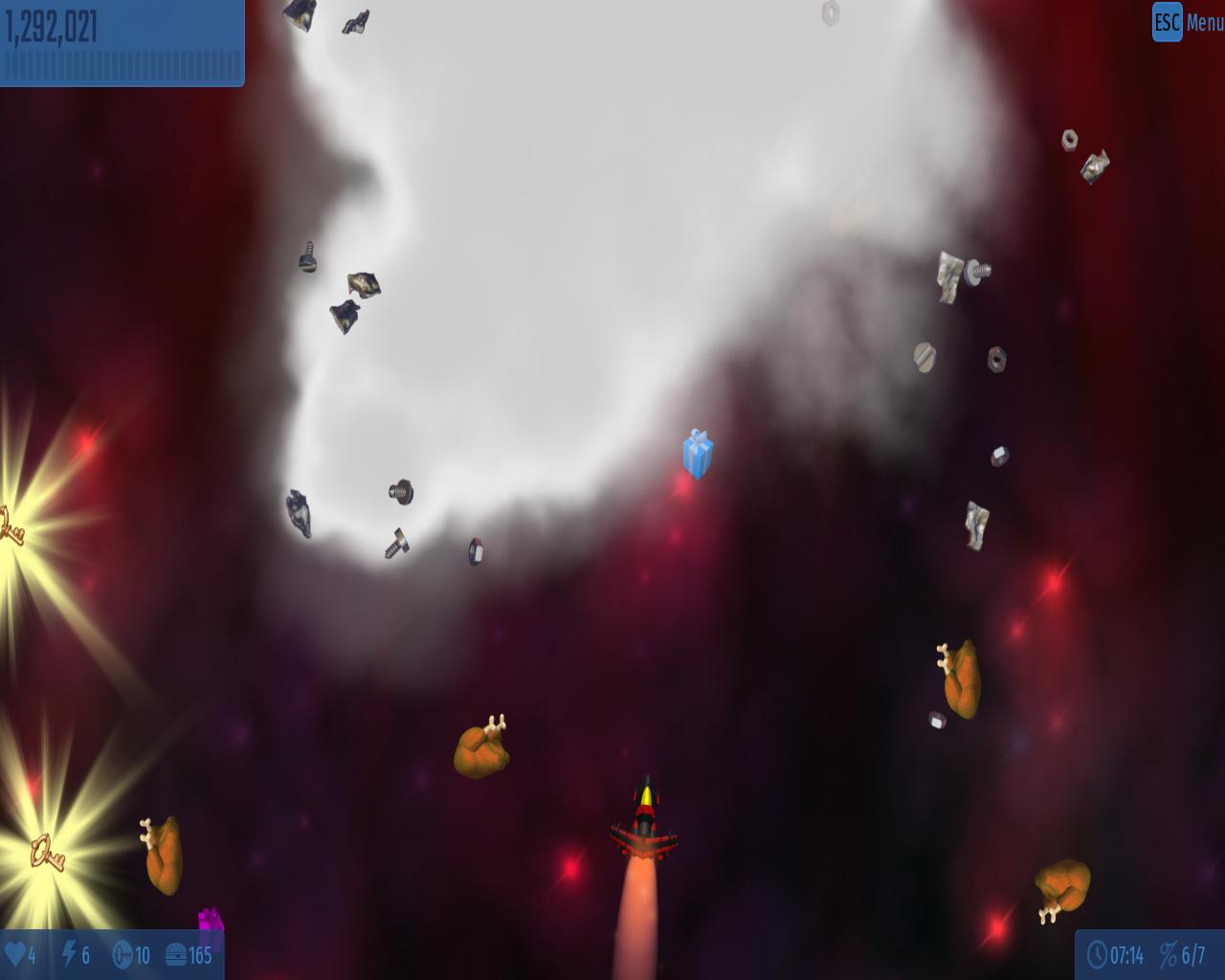 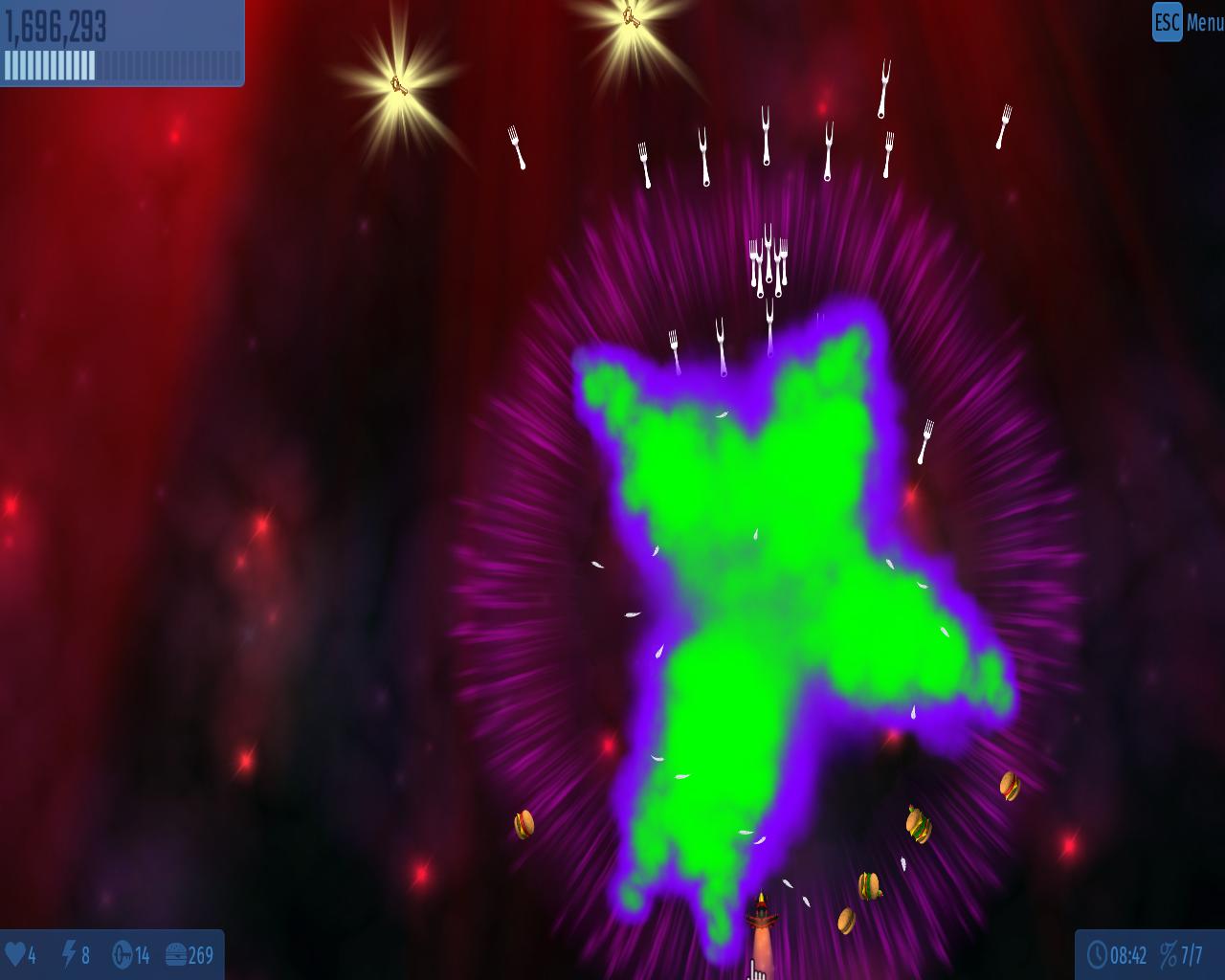 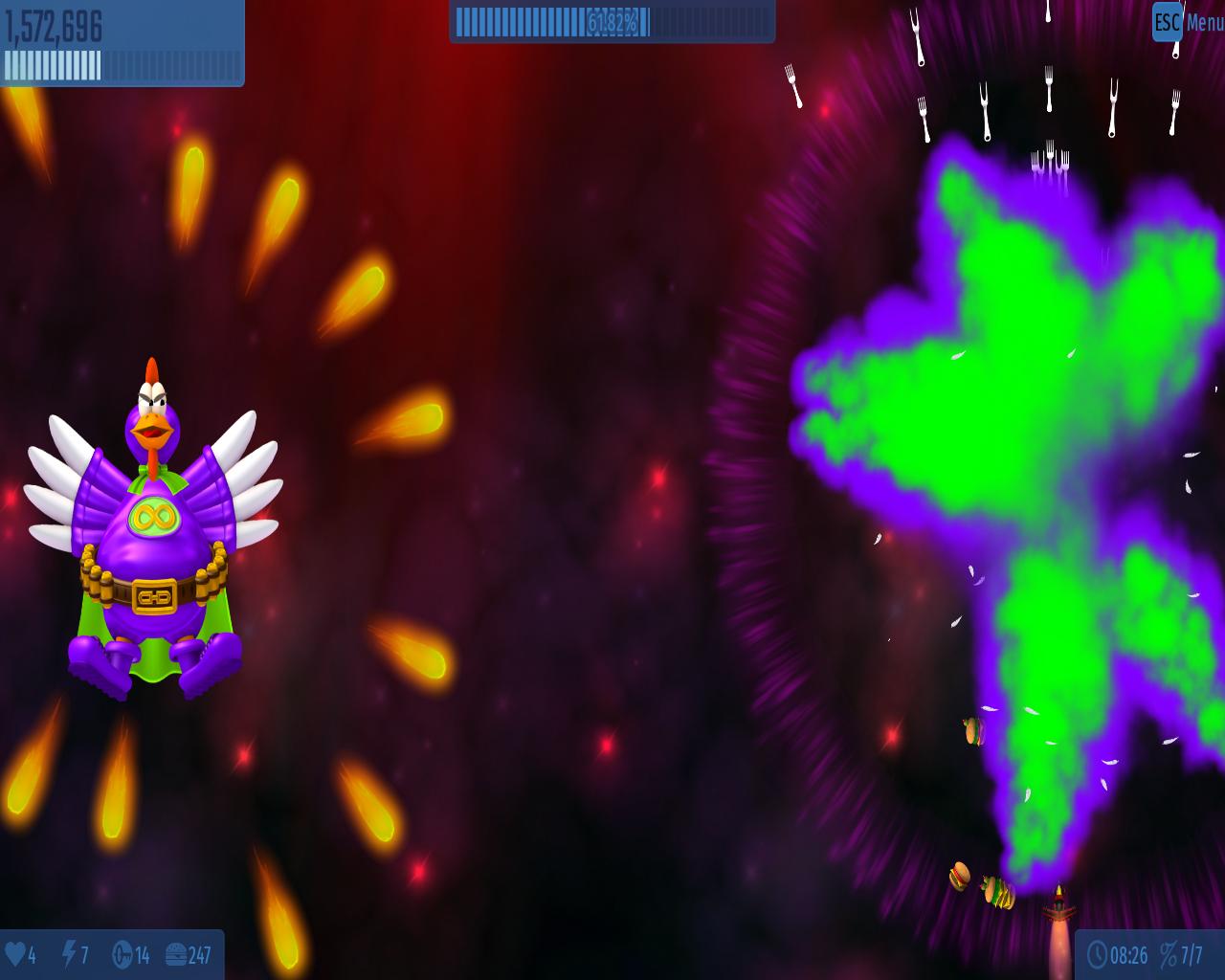 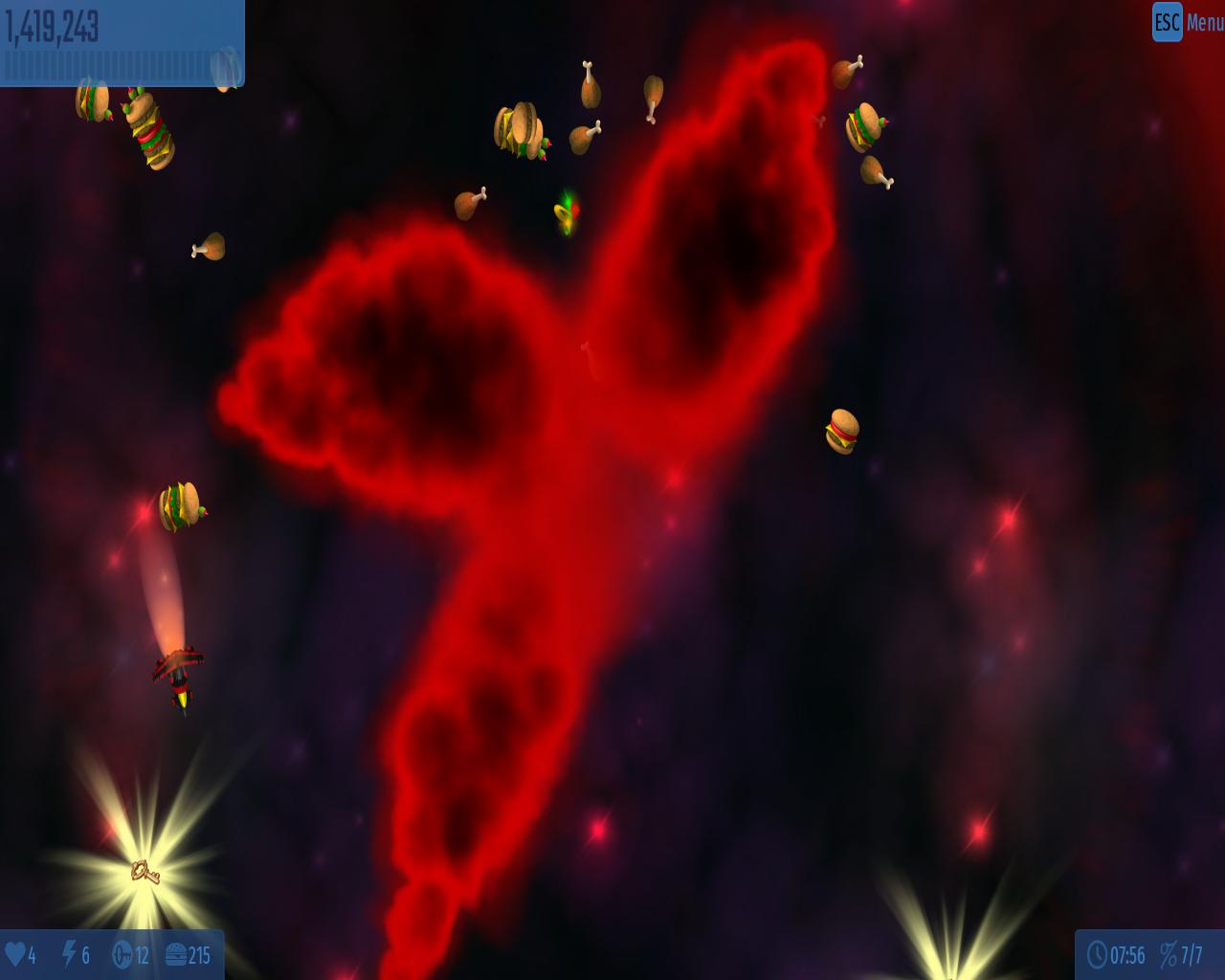 I agree. It’s fine if the boss can only drop Atomic Powerups, but it’s really annoying when it covers up a weapon.

Another solution would be to make powerups and weapons and eggs and chickens overlap the smoke in the background, that way we could see it without any graphical modifications.

It was already suggested to change effects: Ability to reduce/disable the particle effects or make them more transparent

I knew there was some post about this, it just had to be, but I just wanted to point it out.

Blast from the past drops only ion blaster and lighting fryer

No it drops anything.

On me drops every time lighting fryer and the ion blaster

That doesn’t mean it’s proven as a fact.