Have you been wondering what the boss would look like for the Darkness Missions? Just like that!

Shadow Chicken663×557 70.2 KB
The boss fight is called “Your Worst Chicken Nightmare!”, but it’s actually Shadow Chicken.
Shadow Chicken could appear as the final boss of any Darkness Mission.

When you get to that, the dark has to be turned off, i know it’s weird but i already explain.
Divided by 2 phases, but let’s say the boss only focuses on one attack:
Phase 1: The boss shows up from the top, will use darkness as his weapon, therefore the darkness around Spacecraft must be turned off. There are new zone types: “View Zones” with a black border, but you’re safe inside! 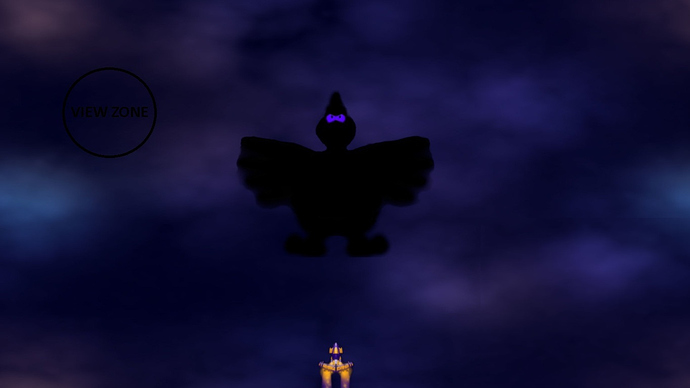 View Zone1364×768 85 KB
The boss summons darkness everywhere except View Zone, The zones appear randomly, but never on his model (there are 3 random zones in the first phase). 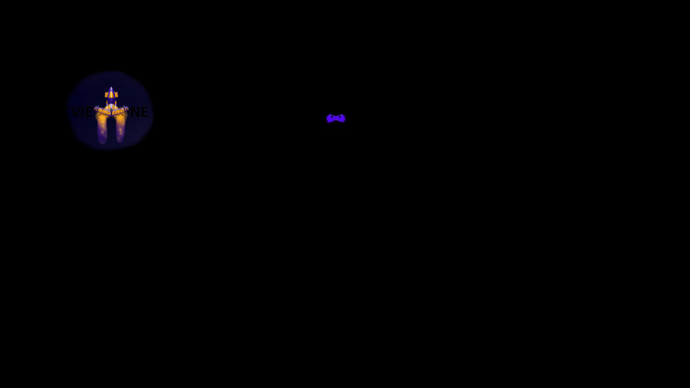 Darkness 31364×768 18 KB
Remember that you have moments before darkness appears! 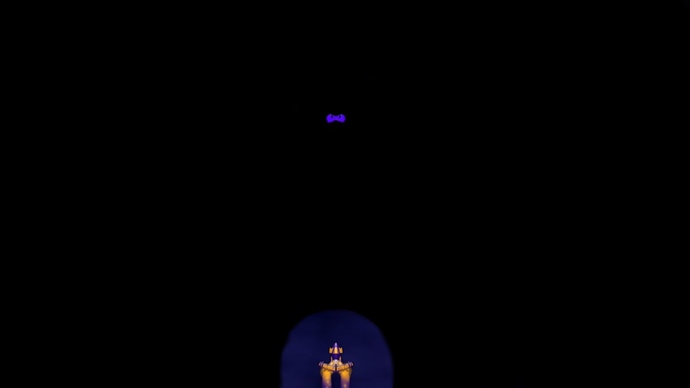 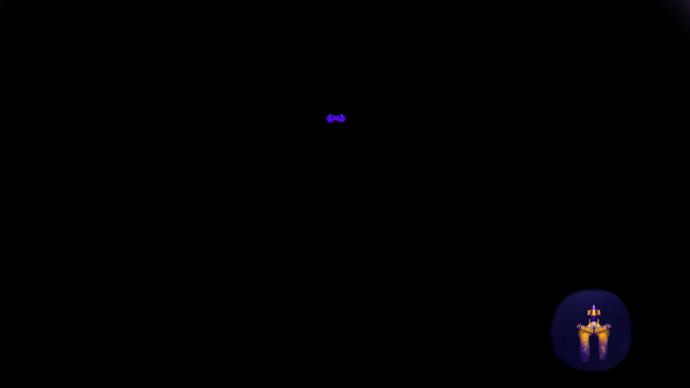 Darkness 31364×768 18.1 KB
In the second phase you will be able to hurt the boss, so far no weapons can hurt him and you can also fly into him because he is a shadow! (But watch out for the dark, it is unknown where the zone will appear.)
Phase 2: In the second and last phase, the darkness disappears for a moment and the boss drops a Shadow Gift… 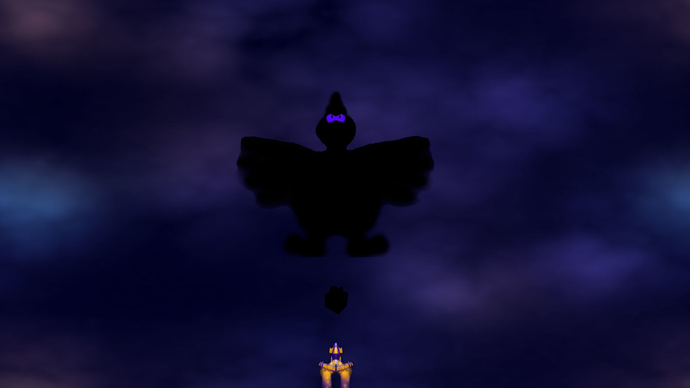 Shadow Gift (2)1364×768 54.1 KB
It’s not a new weapon, but taking it will make any of your weapons into Shadow versions!
For example, Shadow Hypergun… 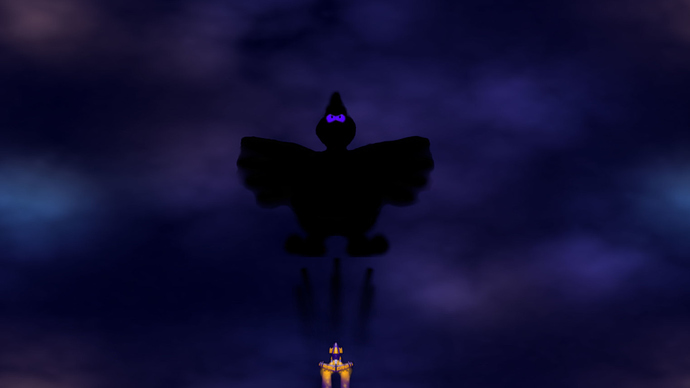 Shadow Hypergun1364×768 54.4 KB
Now you can hurt the boss, but that’s not the end…
After taking the gift, the darkness still returns until the end of the fight, but this time the zones will get smaller and smaller, down to the size of the Spacecraft! 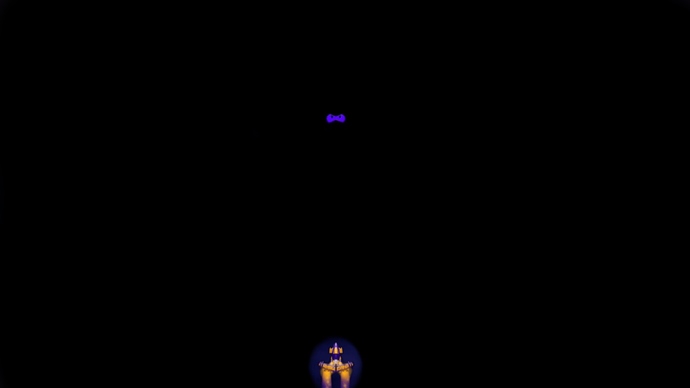 Wow, the idea was very long and took longer than the Hypnotic Henotizer, if you made it here thank you! Don’t be afraid of nightmares!

Don’t be afraid of nightmares!

Believe me the only nightmare to me is that devil Spacecraft: 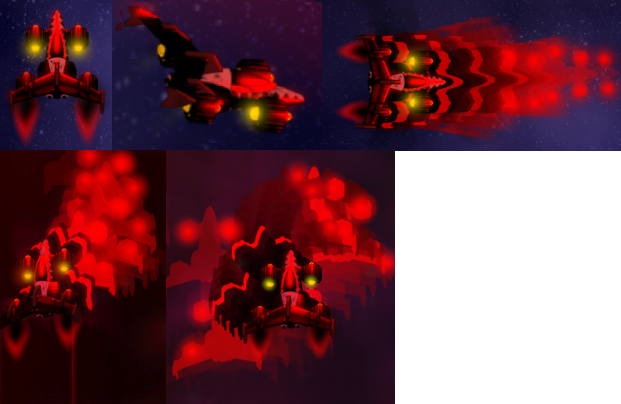 Also when using Virtuoso or SSH will “View Zones” still appear? Or they will be hidden?

Yes, no chance of survival without them!

Off-topic, but reminded me of that! 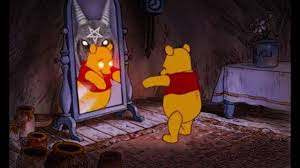 What does that gift do though?

It turns any weapon into a shadow, but returns to normal after defeating the boss.

the boss drops a Shadow Gift…

What does that gift do though?

Don’t be afraid of nightmares

but returns to normal after defeating the boss.

How about after defeating the boss, it drops a firepower, or a normal weapon gift in order for your weapon to tire normal?

Also it would be cool if it summons enemies because I don’t think the player could get hurt during the battle.

How about after defeating the boss, it drops a firepower, or a normal weapon gift in order for your weapon to tire normal?

Also it would be cool if it summons enemies because I don’t think the player could get hurt during the battle.

On higher difficulty levels the darkness comes faster and the zones are very small, I had an idea for another attack but it was very similar to Henotizer, it can summon enemies, but Terminators?

I had an idea for another attack but it was very similar to Henotizer, it can summon enemies, but Terminators?

Yea, that’s what I’m talking about, Terminators will be the best choice there

Imagine a small zone and a few Terminators flying to it, you are unlikely to survive.

Maybe they could be bigger, it’s similar to Darkness Yolk Star.

I forgot to mention! After taking the Shadow Gift, your Spacecraft goes into a shadow and can no longer fly into his model.

Yes, you and your weapons go into the shadow dimension. You like this new addition to the game?

Yes, it like a ghost dimension, but if the boss still not moves then we need another attack as said above, maybe Shadow Terminators could be presented too?

You can prepare something, I will add it to the idea, but there were already suggestions of Shadow Chickens, Dark Chickens, Smoke Chickens.
An interesting enemy here would be Light Chicken.

That would make it easier for the player to kill it.

I understand what you mean. How about Shadownauts?

There could be shadow versions of all enemies.

I don’t know if it ever pays to add Termimators to this boss, but how about the boss summon enemies through Shadow Holes?
Maybe there is no point in turning each enemy into a shadow just for the sake of the boss.

Or maybe they could come from the edges like they do at The Yolk Star™, surprised me