“The nebulization of protactinium led to a pretty interesting arm. It’s overeaction to even the smallest sollecitation makes this weapon change form depending on the pilot’s movement.”

The way this weapon fires it’s influenced by the directional inputs of the player & a bit more.
It’s a nuclear-class weapon.
It’s a very high damaging weapon and firing speed depends on the pattern in use.
"Smallest sollecitations is an exagetation. Patterns don’t change with the smallest input.
Here’s protactinium for reference (I choose this because it’s an unstable element): 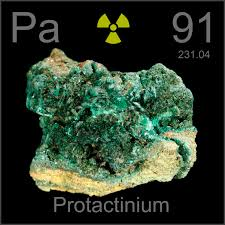 Normal Firing: Mist Cloud
When firing and while standing still, a thick green cloud fires from the main pod (tip one). It damages every enemy in it and extends to the edge of the screen.

Firing + Left or Right: Radioactive Dew
Pressing the fire button while moving will shoot some misty green orbs. They will come out in order depending on the direction: leftmost to right most while going right and viceversa.

Firing + Up: Fume Spear
When firing and going up, a triangular shaped projectile will come out of the main pod.

Firing + Down: Upward Downpour
Firing while going down shoots drops (like dews but bigger) in a rising trajectory.

Great ! I Love This Idea I Wish This Could Be Added To The Game

Keep Thinking Your Ideas Are Bright

I would replace bright with overly complicated but okay.

I will keep the overheat rate, damage, firing rate or whatsoever same to make it as simple as possible, though that I like the change depending on movement.

, I wonder what if you randomly quickly move your spaceship.

I would keep the overheat rate, damage, firing rate or whatsoever

I made them different for thematic and balance purpose.