Before starting sorry for the poor quality of the “Safe zones” and “Anomaly”, for the next I will try to improve it.

In four directions: The idea of this wave is to make the player move to the “Anomaly” areas to make him rotate aiming in the indicated direction to shoot the enemies, they would come in those 4 directions and the player must rotate on each side to shoot them. The barriers would be indestructible and the Egg Barriers are just decoration so that the wave does not look so empty. For a variant that increases the difficulty instead of 4 it can be 6 or even 8 directions but the latter can be very annoying. 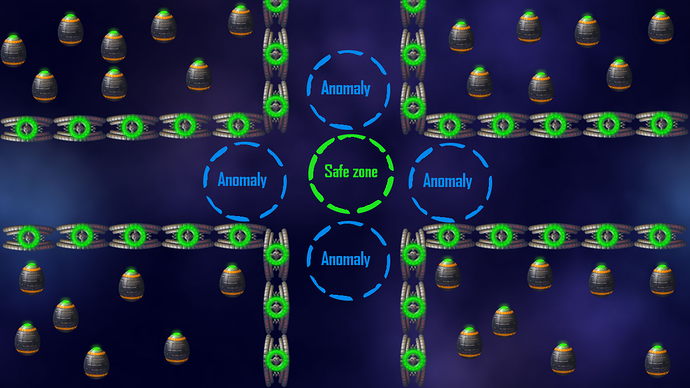 Chicken Invaders (now in 3D): In this wave the chickens make a formation around the player that causes an optical illusion that makes them look as if they were in “3D”, a safe area would be marked to know where the center of this figure is, the wave would consist of 3 of these “3D” figures which would rotate around the player. 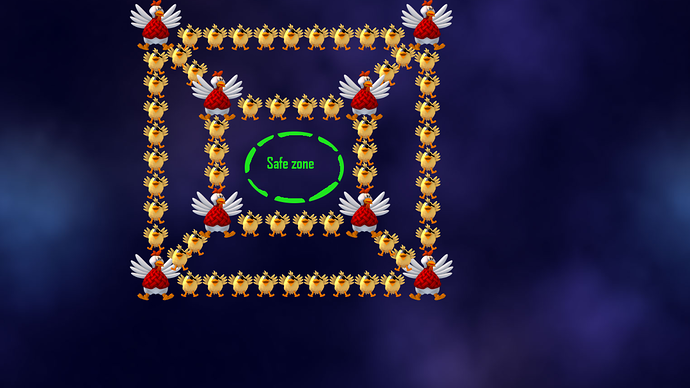 These waves looks amazing and the funny thing is, The 3d wave is making your eyes playing tricks

the first idea is looked like old asteroid game, or defence game.