Idea
Since this is my first time posting a wave idea and I don’t have potential wave concepting skills, I have created an idea for it to be a bit original hopefully. Anyways, you’re surrounded by invincible barriers with egg barriers as corners. Then it all starts with 2 Gatling Chicks surrounded by vulnerable barriers. Once you defeat one, another one will pop out until there’s none left. They just tend to bounce over the barrier walls. And yes, they can get away from the screen once it takes too long, just like the “Asteroids!” wave.
Image 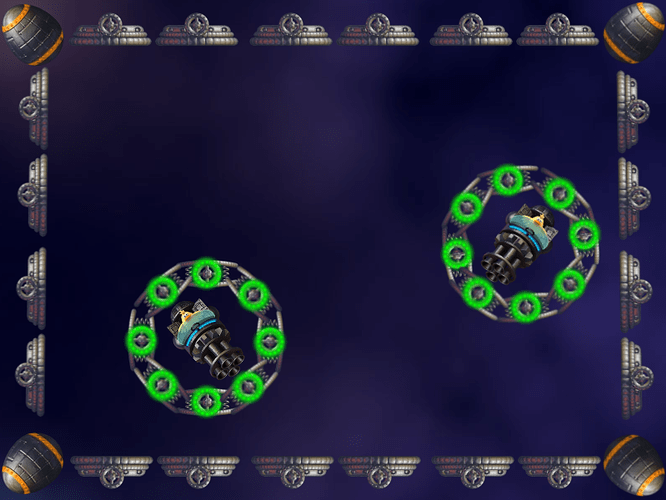