It’s actually the yolk star but its under constructuon 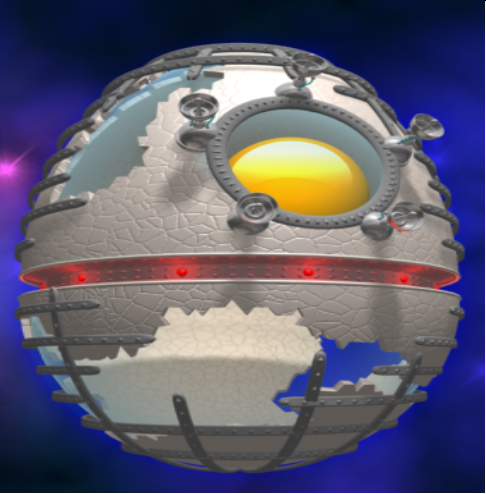 Yes. It just looks cool. If you have any ideas for the attacks comment them

It whould be more weak?

If it’s weaker, why would you implement a weaker version of the boss? Is it meant to be on lower difficulties or something? (replying to op).

I have no idea of ​​attacks.

I was doing an edit and thinking about attacks for this variant of the yolk star :c (I mean I was planning to do this a long time ago and I didn’t say it because I wanted to present it with a photo but I think it’s not my idea anymore)

i think it should have
on tourist :

**depending on health
*on health
^but smaller at least .5 radius

I was thinking that the lazers have a probability of failing (because they are not 100% functional), less resistance to attacks, that the yolk leaves the areas without shell to attack the player, has a greater dependence on chickens to attack since your lasers can fail (as I mentioned before).

I already suggested similar progression for The Yolk Star for easier difficulties and can be applied for unfinished Yolk Star.

Also, unfinished Yolk Star has 5 laser cannons, if you see. It’s not fair to make the boss so weak with a few cannons. We can let the boss get destroyed too fast, but it should have more laser cannons (At least 4 cannons for Trivial difficulty).