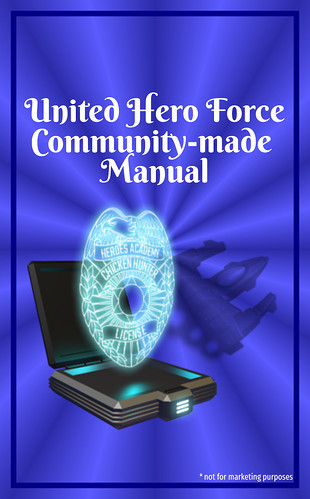 Greetings Recruit! Welcome to community-made Chicken hunting manual where we will give you information about (almost) everything to increase your chicken hunting skills. Open the page you want to read.

This manual is opened for all recruits to contribute to help each other out. So if we put our help in, it is appreciated and one day we would complete this manual.

Note: This manual require details for the recruit to have experience reading this manual. If you’re editing or writing a page for this manual, it must be true because misleadings are bad and it’ll impact our world saving career.

Well, if someone needs to make some changes on the side of weapons, is welcome to do so. I gave my flavor to it but if somethings need to change, do the changes

There are a few grammatical errors, so I’ll try to polish that section if you don’t mind. If there’s anything I should revert please let me know.

EDIT: Done. There’s still plenty of changes to be made but I’ll try to do them later.

Thanks, English is not my main language but I’m skilled with it.

Where do we put the descriptions of Satellites and Special Weapons, on the Shop & Currency chapter or in the Weapons chapter, or we directly make give them a special chapter?
Imminent addition to weapons:

Done and put on the respective categories

Or you can create a new section

Added “End of Mission Results”.
Also added a line to separate the last page from the ending message.

sorry is it pdf or inside the game?

That’s a topic, not pdf or inside the game.

Welp, we have a problem, limit of characters met while typing about missions xD

We need to do some big pastebin or unify everything in a doc and then make it a pdf for general sharing.
I’ll dump here my part of the mission side:

hmm, if only there was a wiki

the main goal of this topic is making the chicken invaders wiki written like the invasion is actually real and you’re the recruit and stuff.

Do I have the permission to create a PDF, Ramon?

It’s complete…
Should I post it here?
I’m sorry for it’s background,
Ramon?

DM me or something. I’m gonna fix it If needed