Tutorial: how to use a controller in CIU

NOTE: If you read this than you should know that I still didn’t proofread this as I worked on this tutorial for about 2 hours and now I need to sleep, as I’m too tired to proofread anything right now. I’m sorry in advance for any inconvenience that it causes…

EDIT: Now that Iv’e finished this tutorial I can say that it Isn’t very easy to make a tutorial and people should give tutorial makers more credit for their work. Of course, that’s just my opinion, but opinions like this never hurt anybody. I’m just happy that I finished my tutorial

step 1: open your steam desktop app. If you don’t have it than download it from this link.

step 2: once you’ve opened steam, click where “library” is written 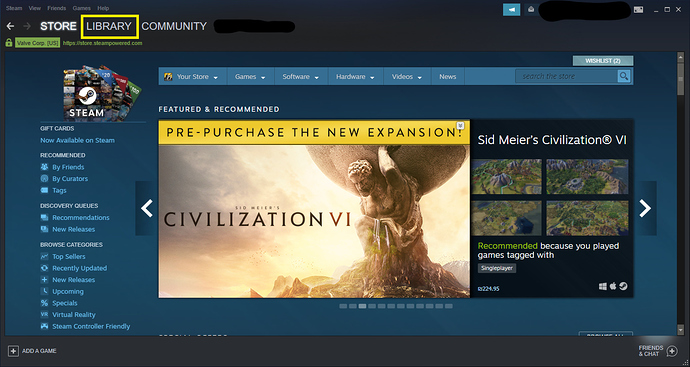 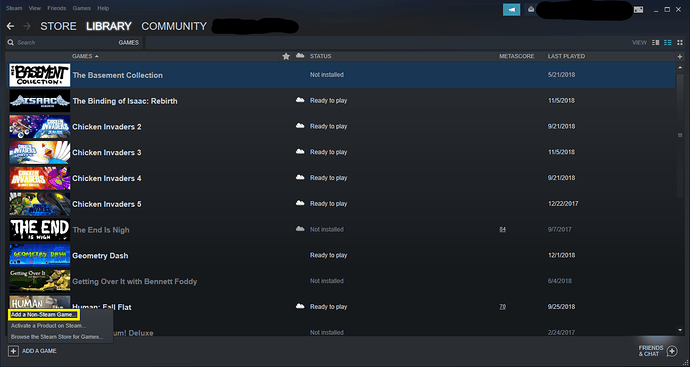 step 4: as you can see, a window just popped up. search in there for the title “Chicken Invaders Universe” and select it, than press the button where it’s written “ADD SELECTED PROGRAMS”. 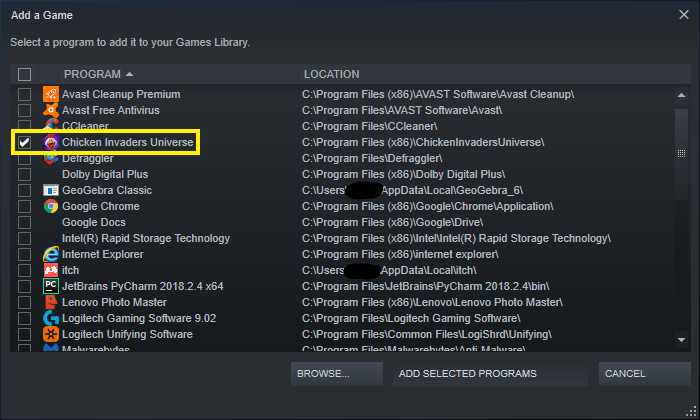 step 5: now we need to go to big picture mode. In order to do that we need to click in the button highlighted in yellow, as seen in the picture below: 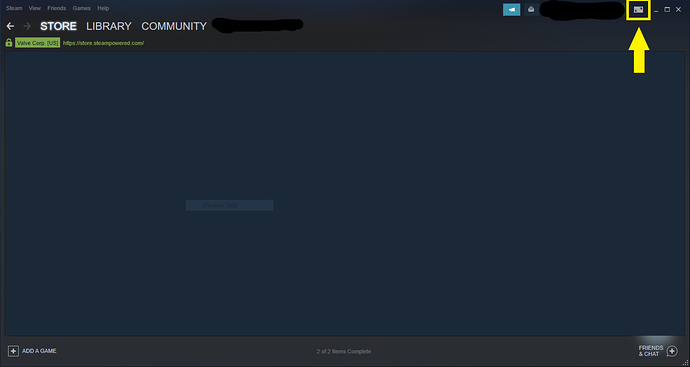 step 6: now that were in big picture mode, click on the library button. 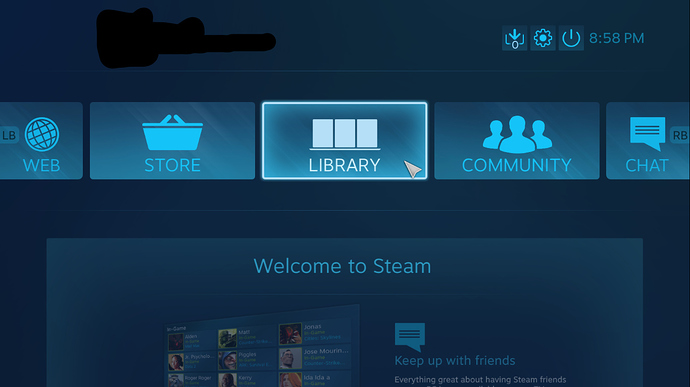 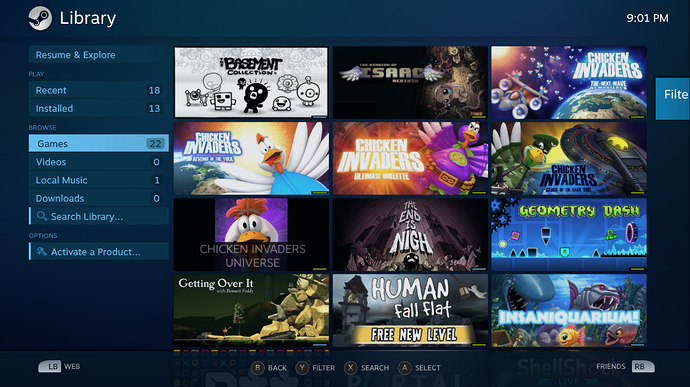 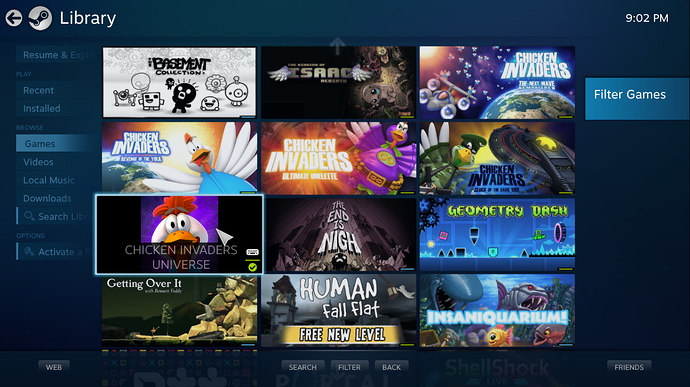 step 9: click on the button where it’s written “Manage Shortcun” 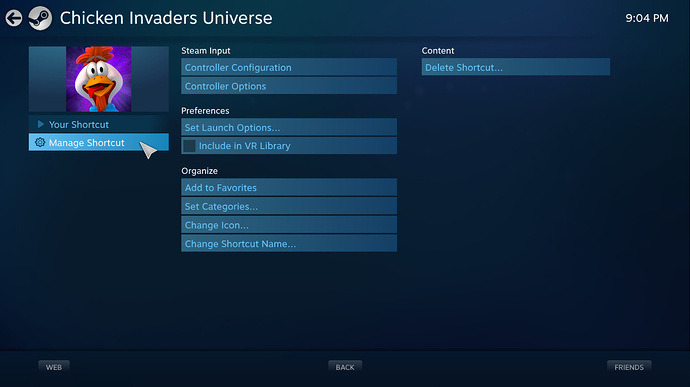 before doing the next step, connect your controller because otherwise, that step won’t work!!!

step 10: click on the button where it’s written “Controller Configuration” 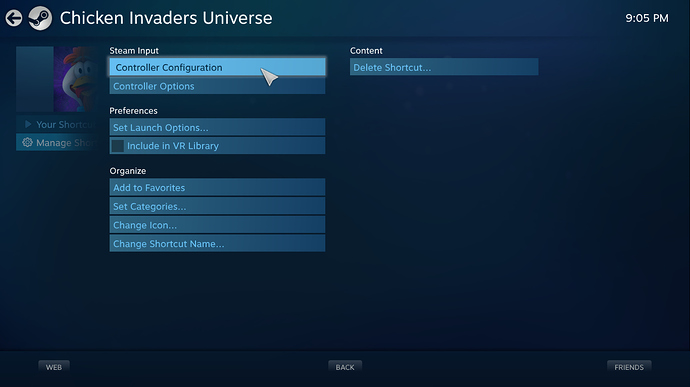 step 11: As you see, you are now in a window where you can change your controller’s button configurations. click on one of the two rectangles with lines that meet with the joysticks. I chose the left one. 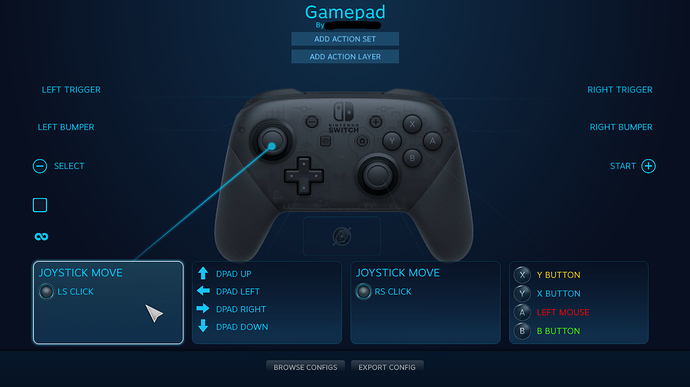 step 12: click on the button under the text that says “Style Of Input” and change it from “Joystick Move” to “Joystick Mouse” 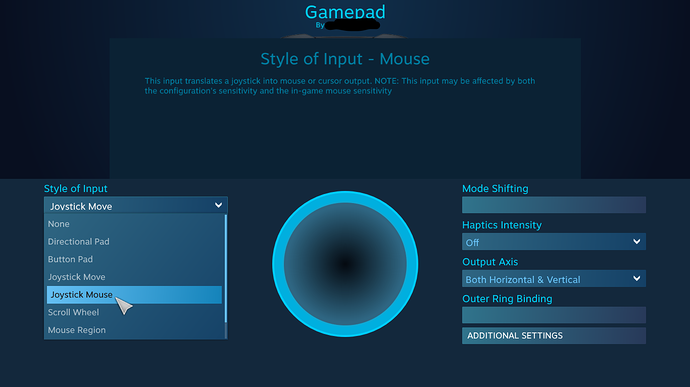 step 13: You can see that the layout changed a bit and now there’s an option called “Mouse Sensitivity”. As the name implies, this option lets you change the sensitivity of your mouse in game, which also changes how fast your ship will move. I’d recommend you to experiment and find your favorite sensitivity by yourself. 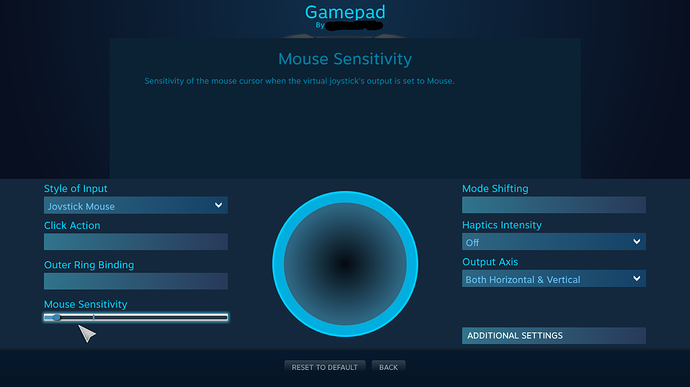 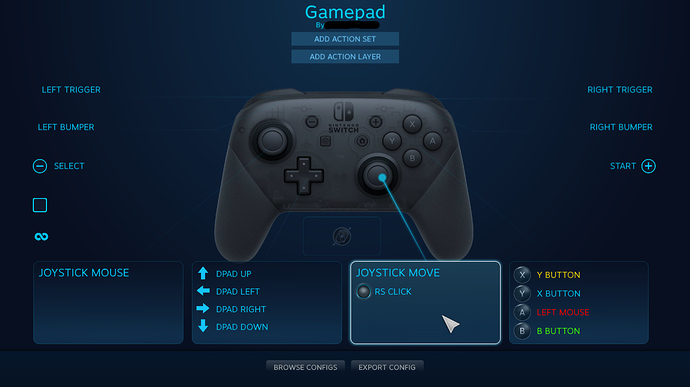 In the next steps we"ll see how to configure a shooting button:
step 15: now you need to click on the rectangle with the line that meets with the controller’s buttons. 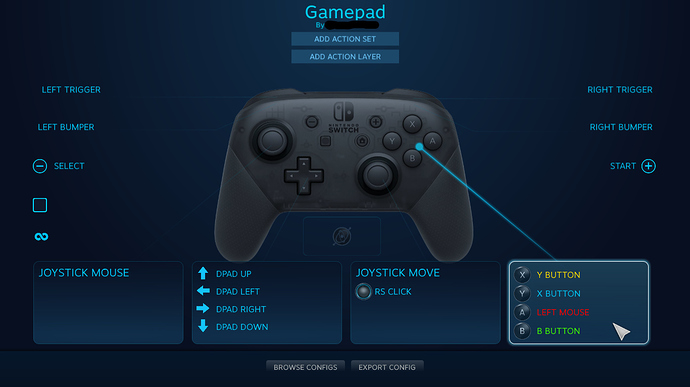 step 16: Now a new window appeared, in which you can see the four buttons. choose whatever button you like because the next step applies to all of them. 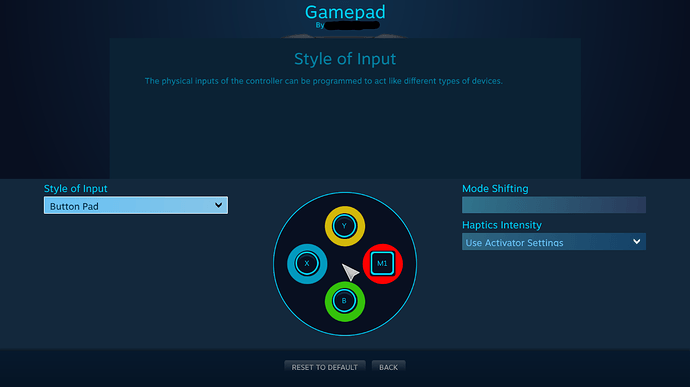 step 17: a new window appeared again. Now you need to click on the letter L (which symbolizes the word Left) which is highlighted in yellow. 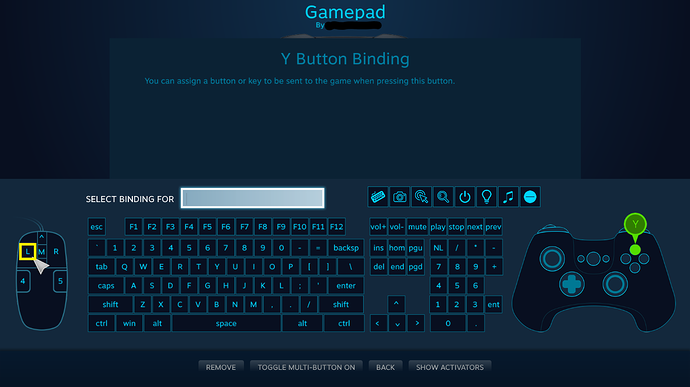 step 17.5 If you want to shoot with the shoulder buttons instead, than do step 17, but press the buttons that are used to configure them. For me those buttons are called “LEFT BUMPER”; “LEFT TRIGGER”; “RIGHT BUMPER”; and “RIGHT TRIGGER”.

now just go back, open your game ,and play it with a controller. Enjoy!