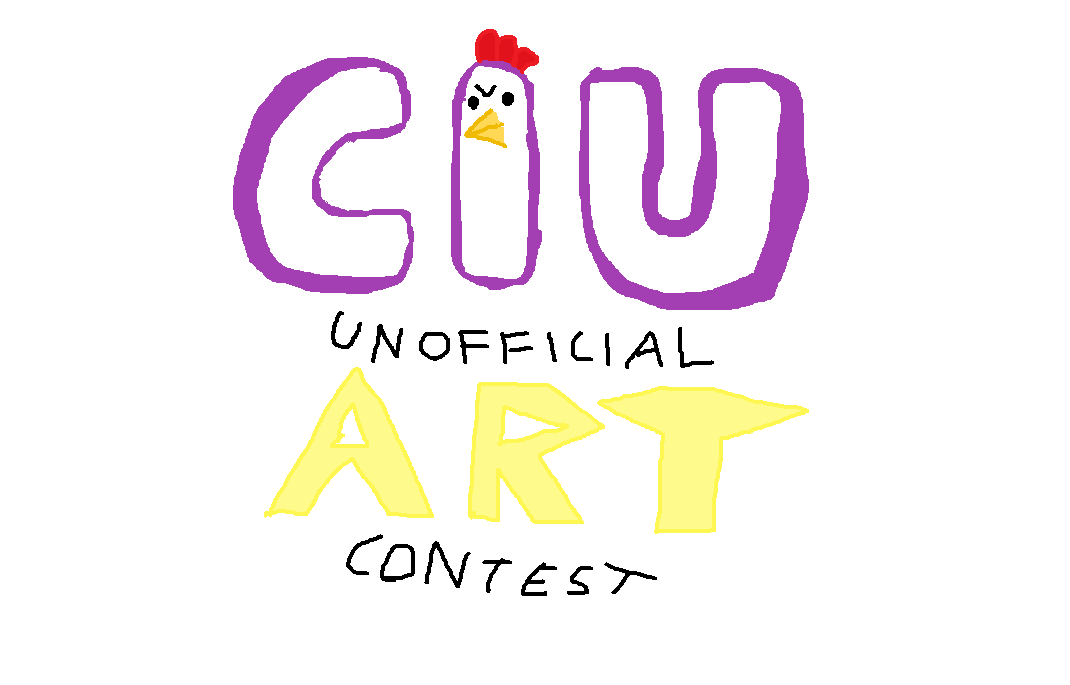 CIU art contest logo INVIS.png1070×685 16.7 KB
Hello there, fellow CIU fan! Perhaps you, as many here have creativity and fondness towards the CI franchise? I suggest you use your art skills to show your love and devotion to IA, above all el- wait. This isn’t a cult? Ah, wrong job. EKHM. Hi. Do you want to participate in this humble art contest? There is no monetary reward, but the competition is here to provide you with pride and accomplishment.

The contest will be consisting of 5 stages. On each stage all participants will have to draw a specific thing provided by me! (They will be revealed once it starts) Why me? I came up with this not you! Jokes aside, I can’t have others give ideas as then it wouldn’t be a mystery to the contestants. Because of that you also won’t see my beatiful paint art. ;( Each person gets 3 days to draw the designated image.

But who’s the judge? You! Once everyone posts each of their drawings, a poll will be created in which people will be able to vote for the best drawing. When a contestant votes, he is forbidden to vote on his own drawing.

After 3 days, the poll will be closed, and points will be awarded based on the places counted with votes. For example, Citrus, Gem, and Pie all get votes. Citrus 12, Gem 5 and Pie 1. If only they were in the competition, Citrus would gain 3 points, Gem 2 points and Pie 1 point. Thus all points after the 5 stages will be counted towards a total. From there the actual ranking will be set.

If not enough people participate, as atleast 3 would be the bare minimum, the competition won’t happen.

However this is an art competition. While asset usage looks nice, it’s banned. You have to create everything yourself. And as much as I would like to accept memey paints, I can’t. I suggest someone makes a meme/paint competition instead.

The contest will begin on July 13

That being said, do you want in?

Feel free to suggest a different way of running the contest! Or if it’s a good idea at all :s

That’s all good.
Let me see… “Grab note and read”
“Status:CONTEST ONLY”
Perfect.
This is a joke btw

I wanted to have it in but thought “Eh, if someone 's gonna watch they’re gonna vote”. Guess I was wrong xD adding now. (I can’t change the poll after 5 minutes of creating it

Ah. Right. Since you don’t vote.

Lol, there’s only one participant

inb4 just delete the voter option and you be the judge

I was thinking that at first, but I thought that might be too subjective. So I’ll say again:

IF YOU ARE A CONTESTANT, YOU CAN VOTE, JUST NOT FOR YOUR OWN ART. JUST DRAW SOMETHING, GO FOR IT

If you thought you couldn’t vote as a contestant, change your vote! 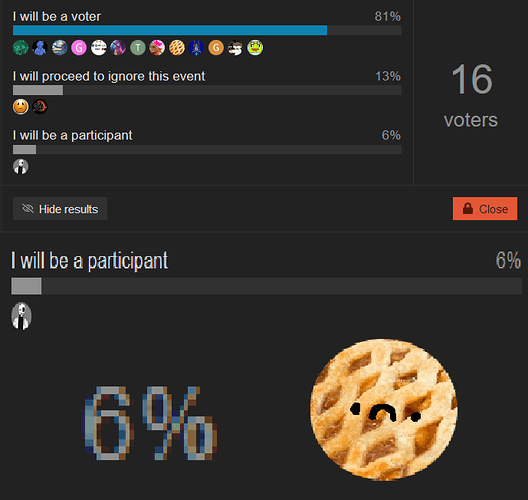 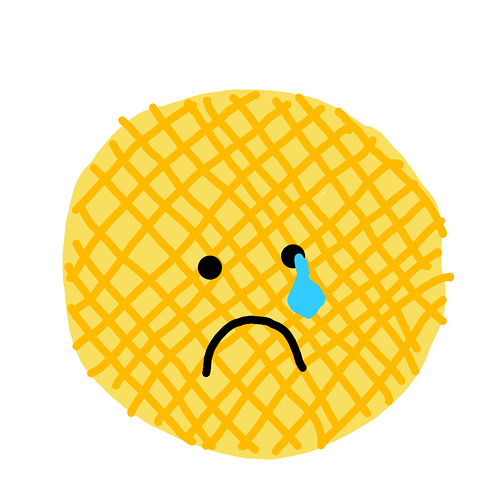 So I guess that @skiella wins the contest by default.

Sidenote: @Stardrone, I’m a pie, not a waffle. Very rude.

Since I feel like not a lot of people will join the competition in the next 3 days… How about we make it painty and memey? The best/funniest pictures will be the winners. Quality will be a sidefactor. Would you guys rather want that? Would you participate in that?

I feel like people are scared they won’t do well. Don’t be! It’s for fun, besides, who of us is actually good at art? Atleast try! See what other people draw!