The origin of the character i created (fanfiction)

let start with these two 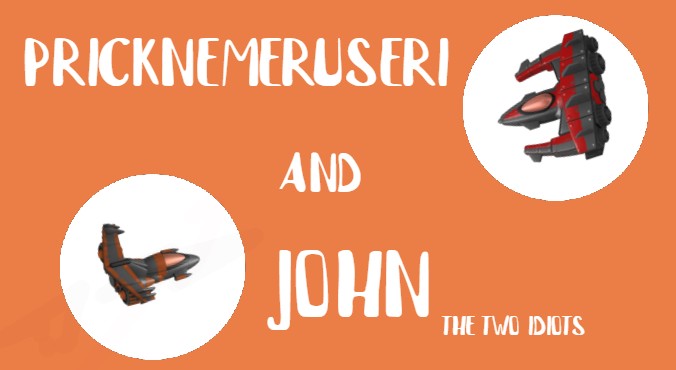 pricknemerusi was a brainwash victim of the henpire , the henpire tried to convert our recruit to their side to fight against us by using short term brain wash , the attempt failed miserably because chickens are dumb in general , he kept headbutting the walls and eventually break the walls . The chickens abandon this project like the others and throw him on a barren rock , luckily he met john , the new rookie recruit . John want to fight the chicken because he want money to cure his temporary desires like having a nice big house . John took pricknemerusi to the medic , he was able to recover enough to fight again but have to live with a permanent mild concusion from all of the headbutting and body slaming in the experiment . As soon as he wake up , he walks out of the medic without saying anything like nothing happened but he met someone with a seizure , they said some gibberish
and he though those gibberish were his name . He had a great history before these madness , people used to call him “Mr. rocketeer” because he have interests in using explosive and ICBM missles to fight against the chickens . John became best friend with a pricknemerusi and went on countless adventures together and all ends up with John getting hurt.

well that’s its , folks . tune in next week to see the origin of nose man

the origin of nose man

No thx, we dont need this