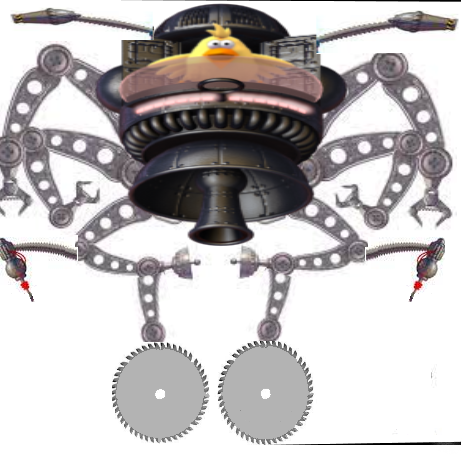 This Chick laser gun is different from all chick guns - it is more dangerous and more powerful (that’s why it fights a boss). It is a combination of Giant Robotic Space Crab and UCO and Chick laser gun.Above his head 2 and 2 lower arms. It has a laser beam and an UCO scattering egg. Both of which are tilted and radiate and lay eggs.

uyyuyu1042×361 190 KB
Using the hands of the Giant Robotic Space Crab, he does the same things that this robotic crab did, and lasers like the original Chick laser gun. (The image below is of him laser-laying and throwing a dead Chick at the same time. (Rare)

The Giant Robotic Space Crab laser is performed either separately or (rarely) with a dead chicken and a dead Chick.

هغاعبی1042×356 52.9 KB
But after that, the chainsaw separates and hits different places until the last (third time) returns to Josh’s head. (That transparent yellow color is how the chainsaw comes and moves.)

ضبا1042×360 75.3 KB
And the summary of this topic continues until the end of it. (One third of the life of the UCO is one third of The Giant Robotic Space Crab and another third of the regular Chick laser gun.) 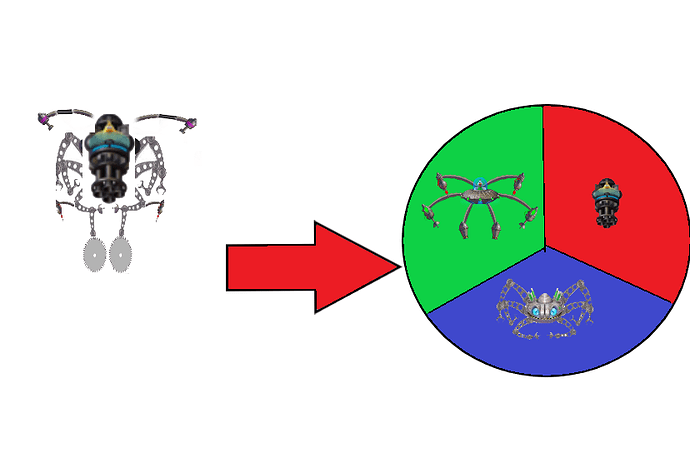 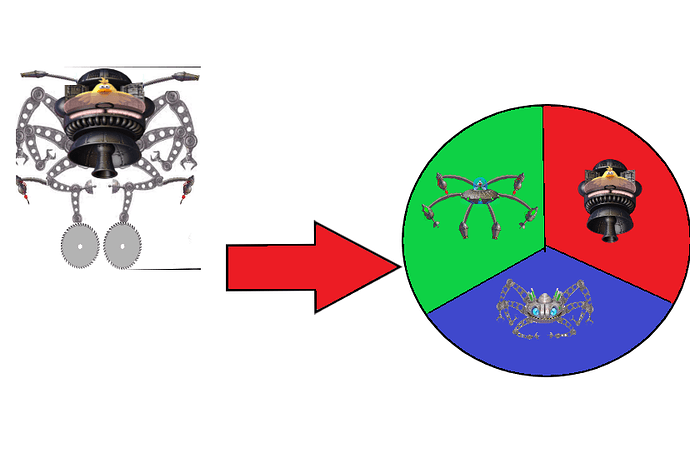 If you want: We also have the Chick egg gun version. Unlike Chick laser gun which has egg thrower. Has a laser gun. And its name is "the
Dangerous Chick egg gun " 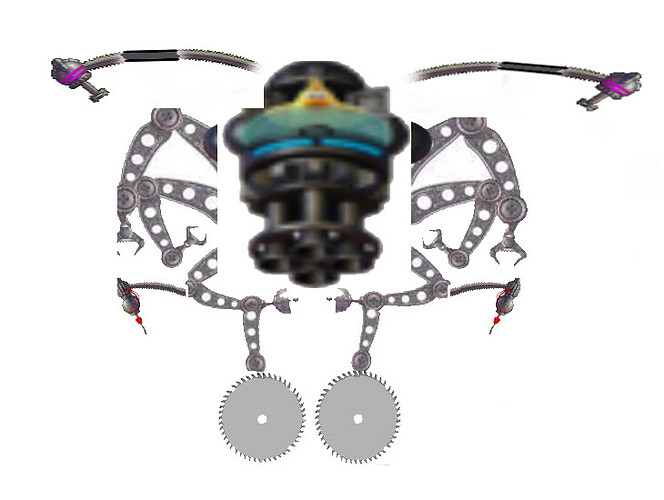 I have nothing to say for this but awesome Idea.

Of course everyone ignore the fact that this idea is more developed than the most of ideas of last year. At least he tried.

Stop commenting so badly. I took a week and a half to come up with this idea!

this idea not really took that long maybe ur brain too lazy to thinking about this
maybe this idea just only take for 2 or 1 day u know?

Not since I made this meme. This came to my mind.

this is for 1 week before !

I have school and final exams. Beautiful stupid brain! Meanwhile your brain is lazy!

hey hey talk normally u just say i lazy are u blaming me?
i am being kind to u and u just fucking say i lazy
and also if u have school work so why u say u just lost a week to do this
very ridiculous thing that i saw

Yes, the only problem is how good you work, not how much you work

Yeah I’d like to see someone improve with zero practice.