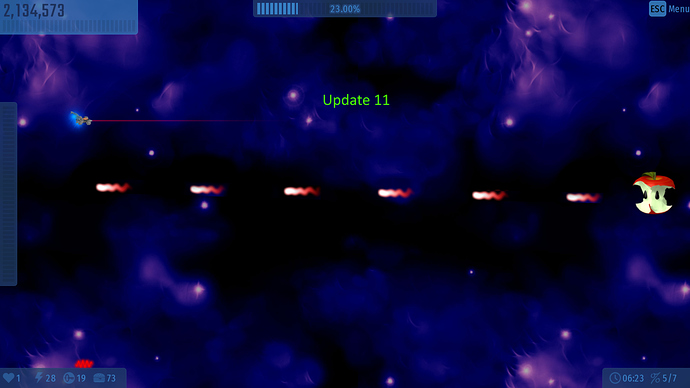 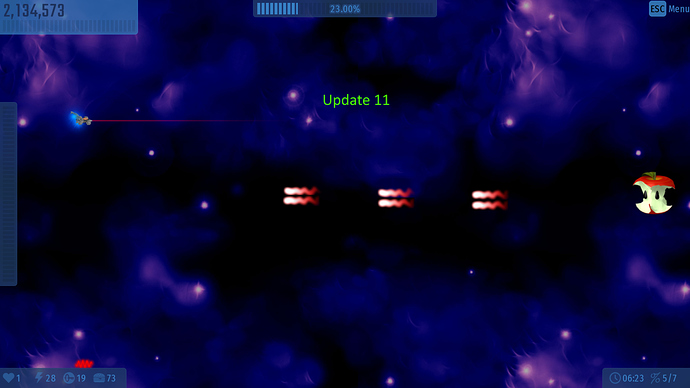 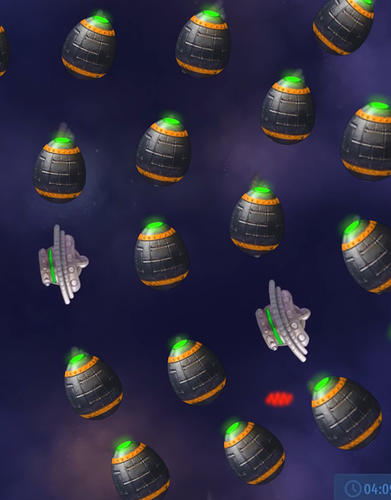 #3 would not be visually appealing in my opinion, although HP buff is enough.

Story-wise:
Being a “supernova core”, there shouldn’t be any living enemies orbiting around it. It wouldn’t really make sense as the Hero only fired his way through it. Why would there be any chickedn made objects inside it? Or it isn’t. vsauce music plays

Another suggestion is that bullets fired by the blasters would be faster/more frequent on higher difficulties.

What about replacing some barriers with mini bosses like chickenauts or gatlings? Higher difficulty => more minibosses, less barriers

You could also just increase the number of level 4 barriers. And/or make them, for example, fire several shots in quick succession instead of just one.

And of course, increase the max number of bolts fired by the Apple Core.

and add some bubble shield like some hard-leveled Chicken Ring

That’s the most boring way to buff something

Flying inteligent race of chickens, trying to conquer the planets and destroy the earth doesnt make sense too. 1 of the reasons this game to be very fun.

I’m expecting this, that’s why the strikethrough text.

My argument still stands that it will not be visually appealing. 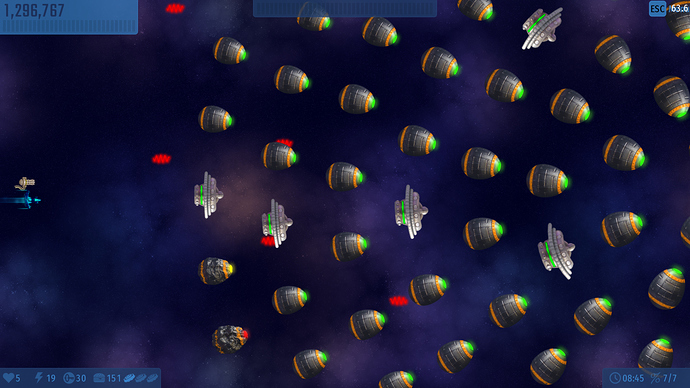 Wondering if chickens are included.

The nature of the apple core says so.

Lives aren’t infinite, you know? They are pretty hard today.