Hey guys, here’s a pretty big quality of life proposal I’ve got which I feel would save quite a bit of time and get you back into the battlefield: Introduce config presets to the config menu.

I use different configurations depending on the mission I’m about to do. I always use SSH on normal missions, but I use Maneuvring Jets and no special weapons in Space Race, and I bring Invulnerability Extenders and more special weapons than usual for the Ironman Competition.

I thought of this system so that I don’t have to unmount and mount a specific configuration, then unmount it and mount another. It saves time is what I’m trying to say. I also feel that it would simply be convenient for other players as well as myself.

Which proposal do you guys prefer: The original or the alternative? Do you have another suggestion or should this just not be added?

Whew! That was a long one. Anyone who managed to make it down here, thanks for taking the time to check out my proposal and I hope you will consider agreeing. If anyone has any other suggestions that can improve on this concept, please don’t hesitate to say so. Anyways, thanks for your time and peace!

Must agree, this idea is good.

Suggested by me here already - Slot ſettings ſaved by ſpacecraft - #2 by anon27929001 .
On a side note, this is very nicely illustrated and explained!

Already suggested, but I’m a YES for this idea! 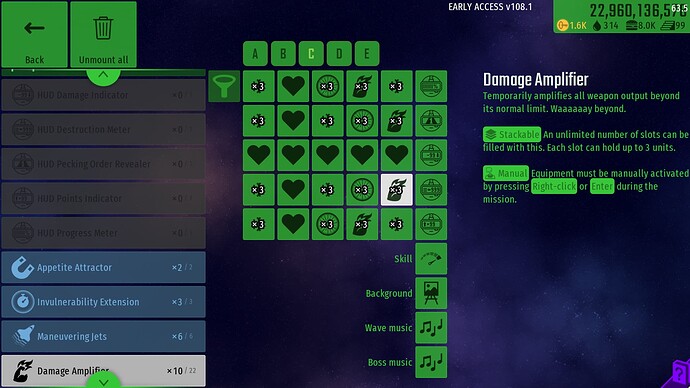 Just a problem: the “A” to “E” slot were taken spot by ad (for some people without paying chl or keypack).

Oh yeah, I forgot that was a thing. My bad. Here would be a better spot. 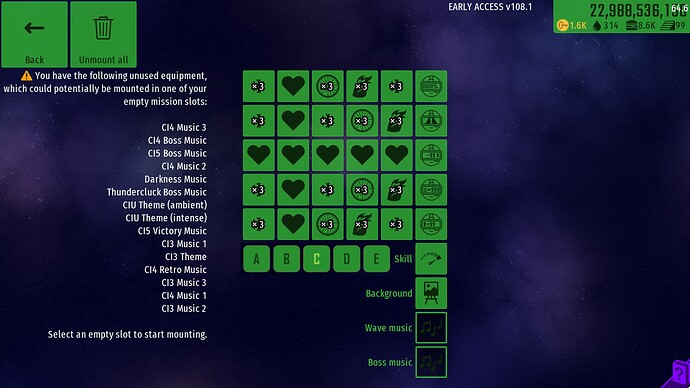 Isn’t there enough space if it would be done as shown in the main post?
Edit:talking about the original idea ofc, not alternative

no there isn’t (there’s more space on the right, not bottom) 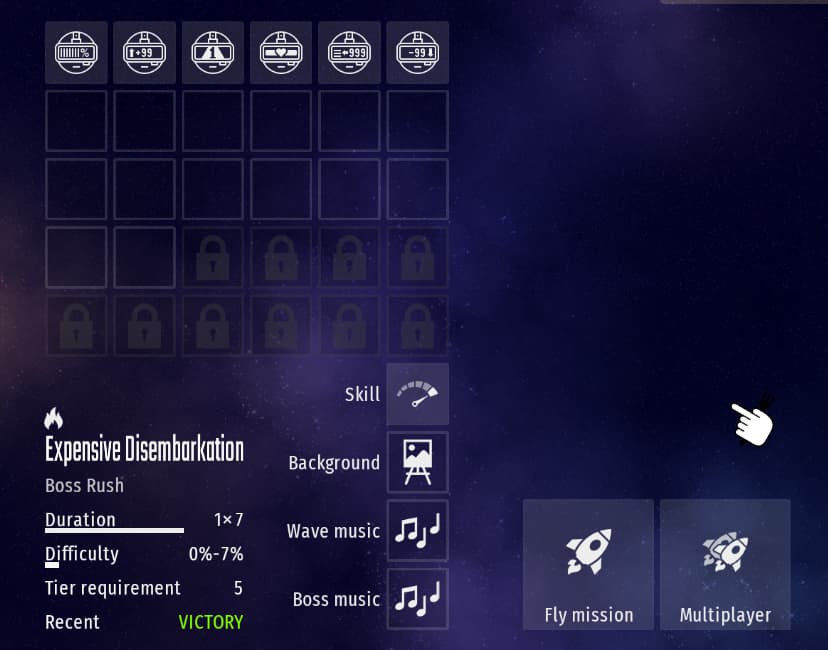 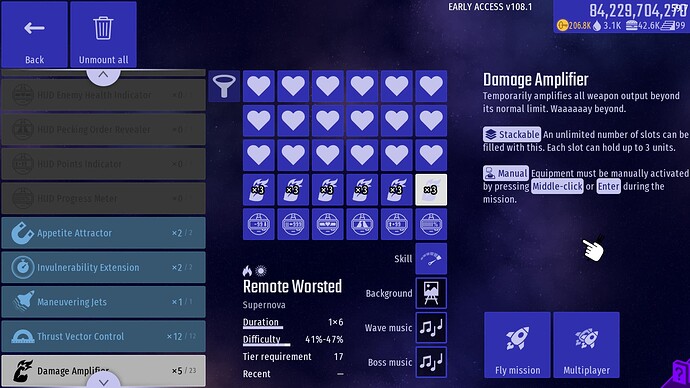 When I originally came up with this idea, I only intended for it to appear in the main mission config menu accessed from the map. But now that you mention it, taking this into account, there are now a bunch of no-go zones for the buttons (I’m overcompensating for the text on the right, I don’t know how much of the side can actually be taken up by text). 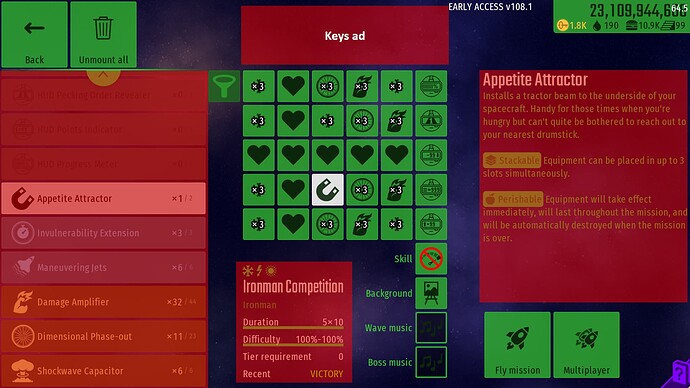 Of course, this wouldn’t be a problem if the preset buttons were only to appear in the main config menu and not right before entering a mission. But if this wasn’t to be the case, then I would suggest this: 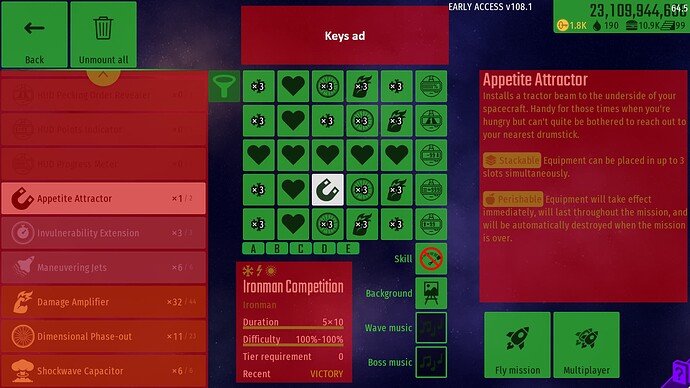 Darn, I really need to think these through a lot more… thanks for pointing out my shortcomings… again.

Mobile user would be a problem so I think put it in these place instead. 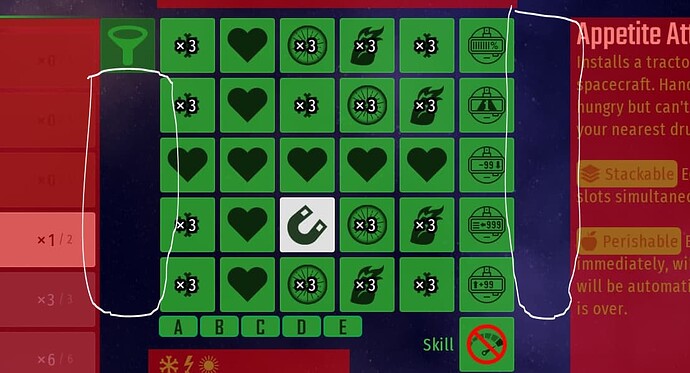 That would clutter the screen even more. Also, would the button placement really be an issue for mobile users? Maybe the buttons could be made slightly bigger.

That would clutter the screen even more

would be fine if the buttons are under the filter button

Hmm, what do you think? 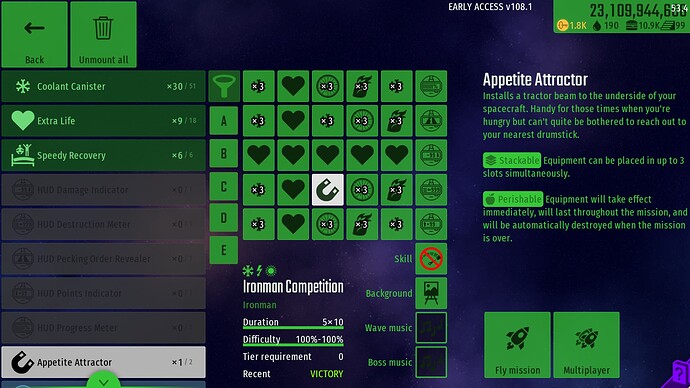 This is what putting it on the right would look like. I think in both cases, it just looks weird. But that’s just me. 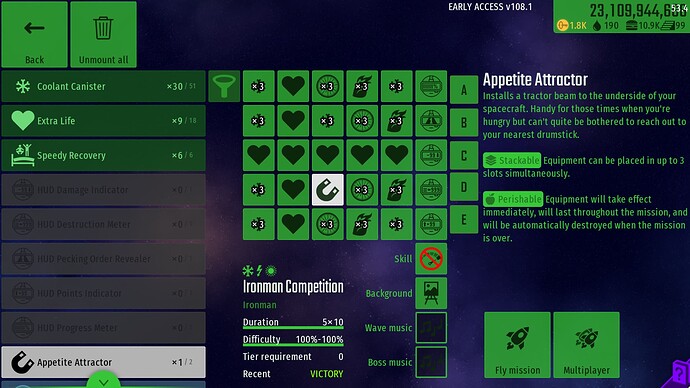 I’ll sleep on this for a while. I need to take a nap.

Very important idea, could fit some space of the UI, and then makes it easier to have it loaded.

I like your idea. It would make configuration for any mission more effective because any pilot is familiar with it. By having options that can be easily accessed for the mission chosen makes things more efficient. Also the pilot can configure any way they think will help them be successful. I hope to see it in the next upgrade. Fly safe. Be well all…