I know that planetary missions were suggested before, but this is a different approach!

We all know that in CI5 planetary missions were not top down, but more of a side scrolling style missions. I decided to share my idea of a basic underwater levels which would work exactly like the normal missions (from top down perspective) but with few effects which would make them a lot more unique. To start of I would add a new engine family to the game, the propellers which only work underwater. They act similarly to normal engines BUT make your spaceship move slower. That’s why there would be 3 basic versions (as shown in a picture #1) the third being the best one because it would let you travel in deeper waters. 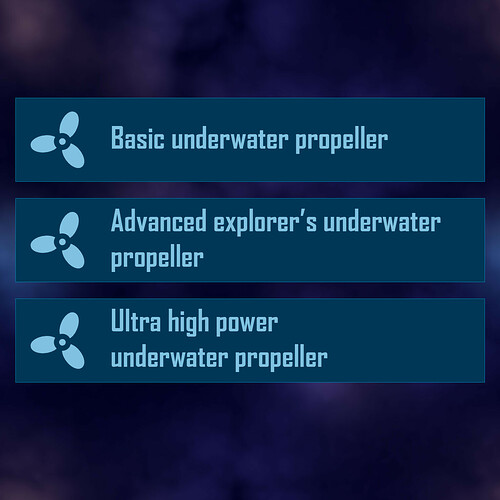 Wait… water depth? Well I thought why not have water depth based on overall difficulty, the harder the mission, the deeper the water, which means your spaceship’s propeller gets too weak so you must upgrade to a better one to move faster in deeper waters. Bellow are pictures on how the underwater stages could look. As you can see nothing much is changed except there is a blue background which resembles water ofc and ON TOP of everything (chickens, spaceship, projectiles) there is a water caustics effect added to simulate sun reaching underwater which gives this nice effect. As for the waves, they wouldn’t change at all since the stage is from a “top down” perspective so the waves can’t conflict with environment, meaning no new waves needed to be created for this to work.
As for the bosses, I thought that some would need to be removed from these type of stages because they don’t fit in well. (Egg Cannon, The Yolk Star, Henterprise, Egg city, Magnetic manipulator, Henley’s comet, Bossa nova…) 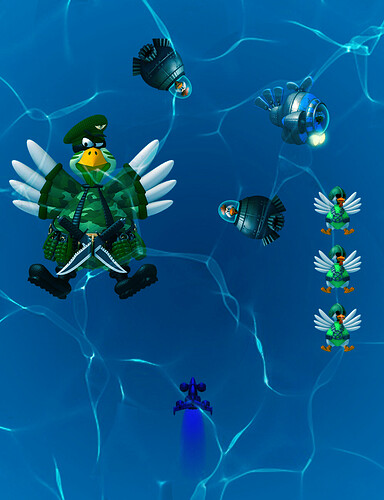 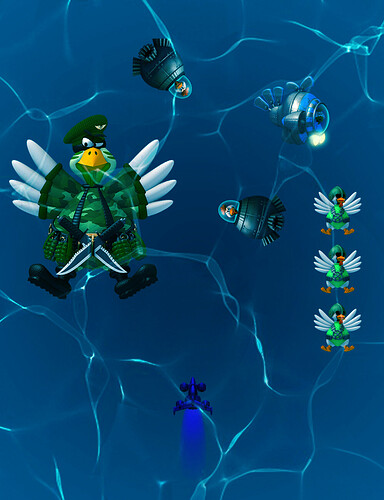 underwater 21000×1300 216 KB
As you can see on this picture the water is a bit darker, so it means that the difficulty is a bit higher than before. This type of water would appear on difficulties 35%-69%. 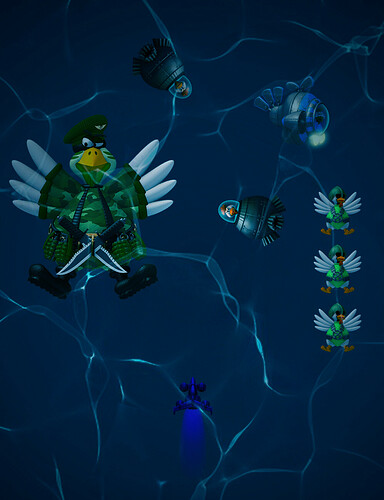 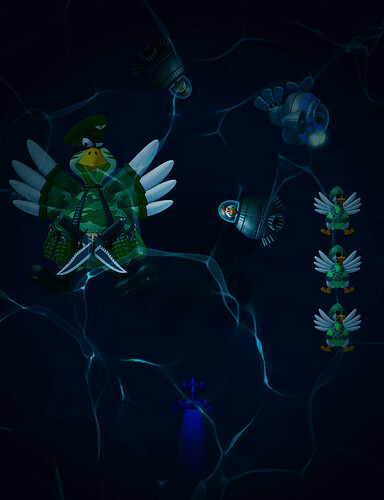 Hopefully you like my idea on underwater level concept, I think it could be possible to make since it fits the “top down” style of the game.

They act similarly to normal engines BUT make your spaceship move slower.

I don’t really get why the depth depends on the skill rather than on the overall difficulty. It doesn’t make much sense for a 0%+ssh mission to be deeper than a 100% difficulty rookie mission.
The aesthetics are definitely good looking, but I wouldn’t call this much more unique than other missions. If anything, it feels very similar to massive environments, but it’s a mission type and you need propellers if you want to be able to do anything.
Overall, I think this is a good concept, but the idea could be so much more.

Oh no I meant the overall difficulty, my mistake… will fix!
Haven’t played the game in a long time, so I forgot how those systems work

I thought since the bombers are bigger, they have stronger engines and can take higher pressure, so they could only need a basic level propeller to move at any depth.

Yes thanks for suggesting, ofc there is a lot more to be done with the idea, but I just shared a basic concept on how it could be implemented easier than the ones in CI5 because it doesn’t use side scrolling style of gameplay so there is no need to add water specific waves. (except few with submarine chickens)

As for the bosses, I thought that some would need to be removed from these type of stages because they don’t fit in well

this is a great idea in the world!