It’s 22nd century and technology has been extremely advanced. This bot right here can create some illusions to heck up those annoying chickens trying to conquer the whole galaxy

It’s a perishable bot, created to help you in battle. It’s Just a shooting bot but it creates your ship “replica” (an illusion of your spaceship). You can mount 3 of them in one run, they’re not immortal like hen solo but they have a hitbox that has been equipped with 3 molecular pulposors

When you start a mission, they’ll not appear yet until the last second before the first wave starts, they’ll drag themselves smoothly to the battlefield 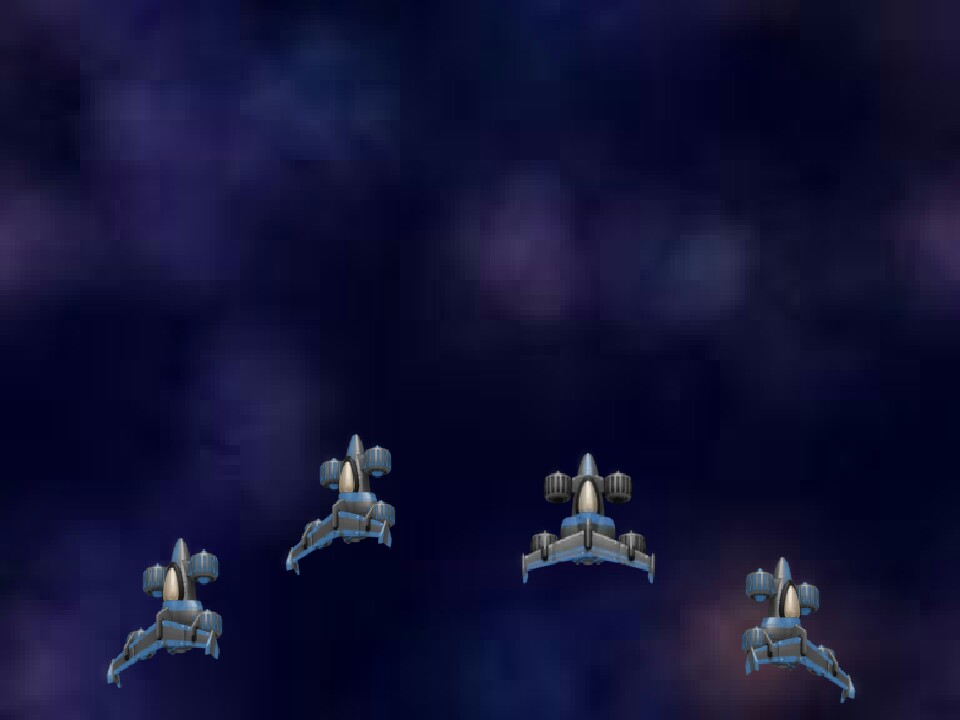 lIllusion_Bot_3_mounted.jpg960×720 43.7 KB
these “replicas” are independent, they’ll choose randomly 3 of these weapons when they join the battle: Boron Railgun or Hypergun or Photon Swarm 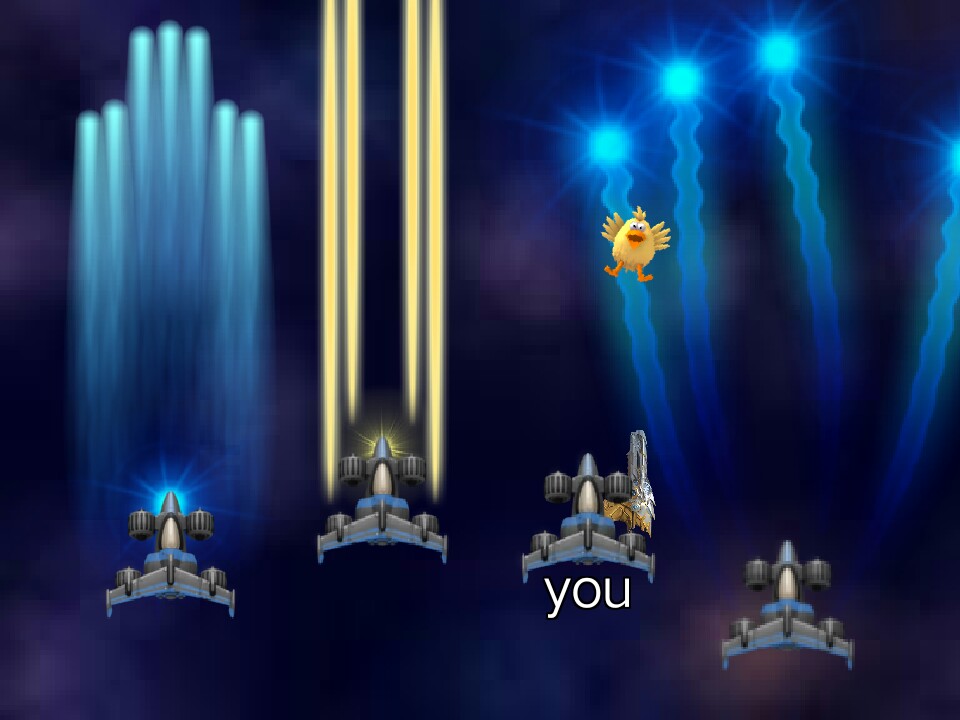 Since you didn’t clarify, do these bots deal any damage? I mean, I guess the fact they’re just an illusion implies they can’t hurt chicks, and looking at your last screenshot that seems to be the case, but I’m still asking anyway.
Well, I don’t think it’s a good idea because if they don’t deal damage they would be practically useless, and if they do, that will make players who have such bots too overpowered. Players who could afford these bots would have an unfair advantage against newer players or just players who don’t have many keys at the moment.
Perhaps to solve this issue they could simply be disabled on challenges and space races.

Another question: Will they have the default paintjob or will players be able to customize it? Or will they copy the players’?

EDIT: I’m really sorry, I didn’t see the post said they deal 1/3 of the usual damage! We got that outta the way now.

They copy the player and yes, you can’t use them on special missions (except weekly). If it’s too overpowered then I’ll strike a Nerf on it

They only shoot when you shoot (they’ll also stop shooting when you’re overheated and you need to hold your fire for at least 0.4 seconds to let them shoot)

When they die, they won’t respawn (forgot to mention)

I was going to say that with all the handicaps and restrictions,it would be fine until…

When they die, they won’t respawn (forgot to mention)

Yeah,uh,won’t last you longer than a few waves on high difficulties,lol.
Especially once you get a wave where you’re surrounded by chickens. Since they’ll all spread out like that,you can pretty much say goodbye to them the moment the wave starts.
Edit: Maybe it could be used in supernova and something like…droid raids. But that’s about it

they’re smart, they’ll try to dodge or enter the safe area or stay away from the danger zone