Other chicken breed and more fowl in the field

You know,it’s odd that CI as a franchise has only ever featured the classic,white and red chicken,because chickens come on a lot of colors other than white.

In my country,there’s a conspiracy theory that white chickens don’t have gender,and when you eat it you lose your gender too,but I didn’t make it.

On topic,anyway,I think it would be better if there were more variety in the game.

Honestly it isn’t so bad if other poultry is added into the game.The spotlight isn’t taken off the chickens,however,and they only serve as minibosses.

That’s going to be hard to pull off. Not that it’s a bad idea, but we already have plenty of breeds and I don’t think there’s room for more original ideas that wouldn’t be way too complicated.

In my country,there’s a conspiracy theory that white chickens don’t have gender,and when you eat it you lose your gender too,but I didn’t make it. 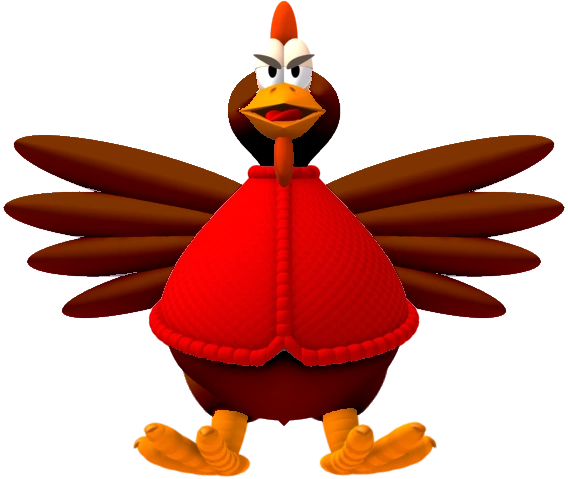 Honestly, I whipped this up quickly (as you can probably tell) to prove that the Chicken model doesn’t look good in non-white colours… but tbh it kinda does, lol.
So you’ve convinced me on that, and I’d be open to seeing something like Cowards get a recolour like this instead of the ugly blue shader they currently have (sorry, but I really think they just look fanmade next to everything else).

But chickens are the leaders of the revolution,still.