Hello and welcome to my topic in which I’m going to present rather not too many wave ideas that were in my head for quite some time.
Recently, new waves were introduced to CIU and these are quite fun to play! As for now, people are sending their own ideas about new waves etc. So I thought… Why not I share some of my ideas?
Most of these are plain and simple yet have their own charm so without further ado, let’s just jump onto it!

In advance, I apologize for bad and poor quality of pics I have prepared. I have no skills when it comes to art and making images. Some chickens may be placed uneven but that’s just a concept of how each wave is going to look like. Plus, I suck at explaining.

Simple wave. Wave consists of chickens and chicks. Hero moves on horizontal line (left or right) while the fresh poultry comes down from upper-right and bottom-right (or left; depends on the layout) side of the screen. After they collide, they move at the players position, but their track splits onto left and right. The idea was that chicks (younger) and chickens (older) would unite and crash into a spaceship, but they just split up at the end, because…yeah. 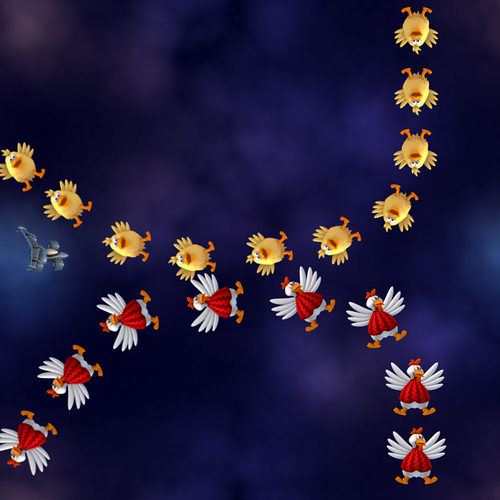 Anomaly waves are really cool to play, but there aren’t that many of them, so I came up with one idea.
Anomaly fields are situated on a left and right side of the screen, whilst in the middle, barriers and chickens are located. The barriers would move downwards while chickens upwards (or vice versa). The image I made have destructible barriers, but I’ve been thinking about variation of this wave with wider gaps and indestructible barriers. Oh yeah and chicken breed is completely random. 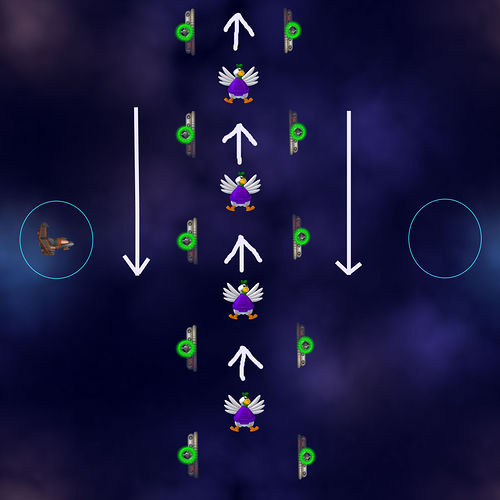 Remember the game by the name of Snake? Of course, everyone knows it. This idea has a huge inspiration from it. Simple lines of Chickens appear and move across the entire screen, BUT if they touch the border of your screen, their course change and move on a different path. If the difficulty is much more challenging, more lines may appear. 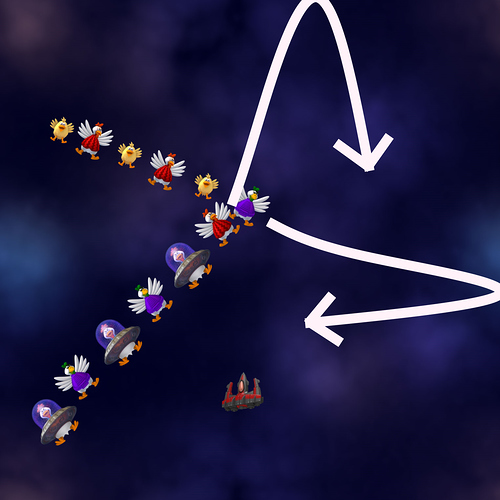 There aren’t that many waves with Alien Containers so this one is more based of Wave 109 from CI5.
Container is at the top, surrounded by the barriers. On the upper-left and right, your beloved gatling guns are placed. In the middle, Chickenauts or Slobs are placed with a small support or company of chicken saucers on their respective sides. Under them, simple convex double line of chickens moves. 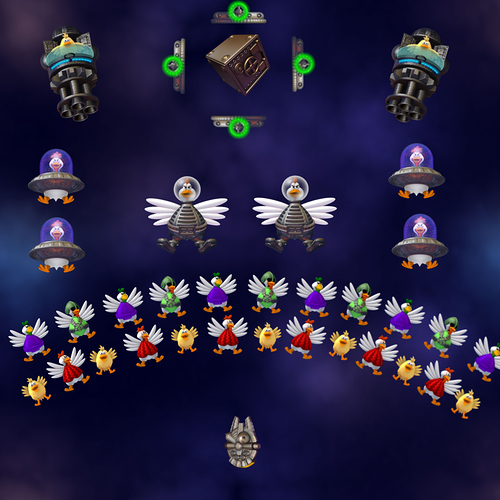 That is everything I wanted to show. Hope everything I said was clear and if you have any questions, please don’t hesitate and ask right away!
Once again, I apologize for pics and occasionally the way I explained each wave. I just suck at explaining.

But, I thank you for taking your time and checking each idea I presented. It gives me this fond smile on my face.

Have a spectacular day or night!

You certainly put a lot of effort into these, I especially like the fourth one, it reminds me of CI5’s wave 109, keep it up

keep up the good work. I like the 2nd one. I want to see more new wave ideas.

May I ask
Where are the stars in the space background

The starfield background was taken from the CIU website, where you enter the forums. 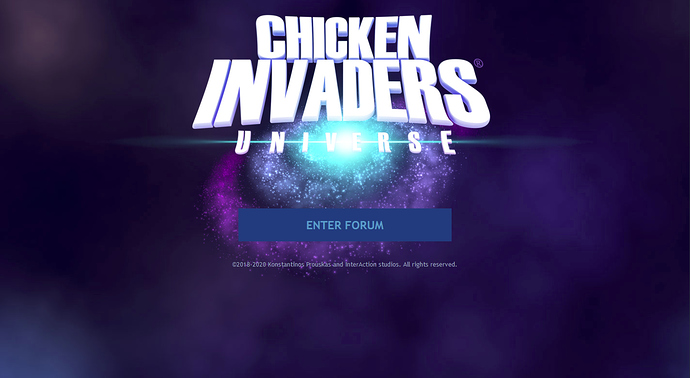